Rockin’ the troops at Camp Casey in South Korea

For the debut show for the USO, The Dead Daisies had packed together a 75 minute set full of well known rock standards with a good airing of the ‘Make Some Noise’ record amongst the classics.

Earlier they had made sure everything was in place with some scheduled rehearsals (see pictures) before taking to the stage later in the evening.

Starting with signature track ‘Midnight Moses’ followed by some originals like ‘Long Way To Go’, it wasn’t long before Free’s ‘Alright Now’ was blasting out the speakers. The audience cheered in appreciation as Marco and Doug ventured out into the audience.

Keeping the patriotic theme of the show, Doug played a rock lead guitar version of the Star Spangled Banner after Brians drum solo.

After a show that covered some great American classics like Sweet Home Alabama and Grand Funk Railroads ‘American Band’, the servicemen & women spent time with the band who signed posters and pictures. A great start to the visit with everyone having a great time. 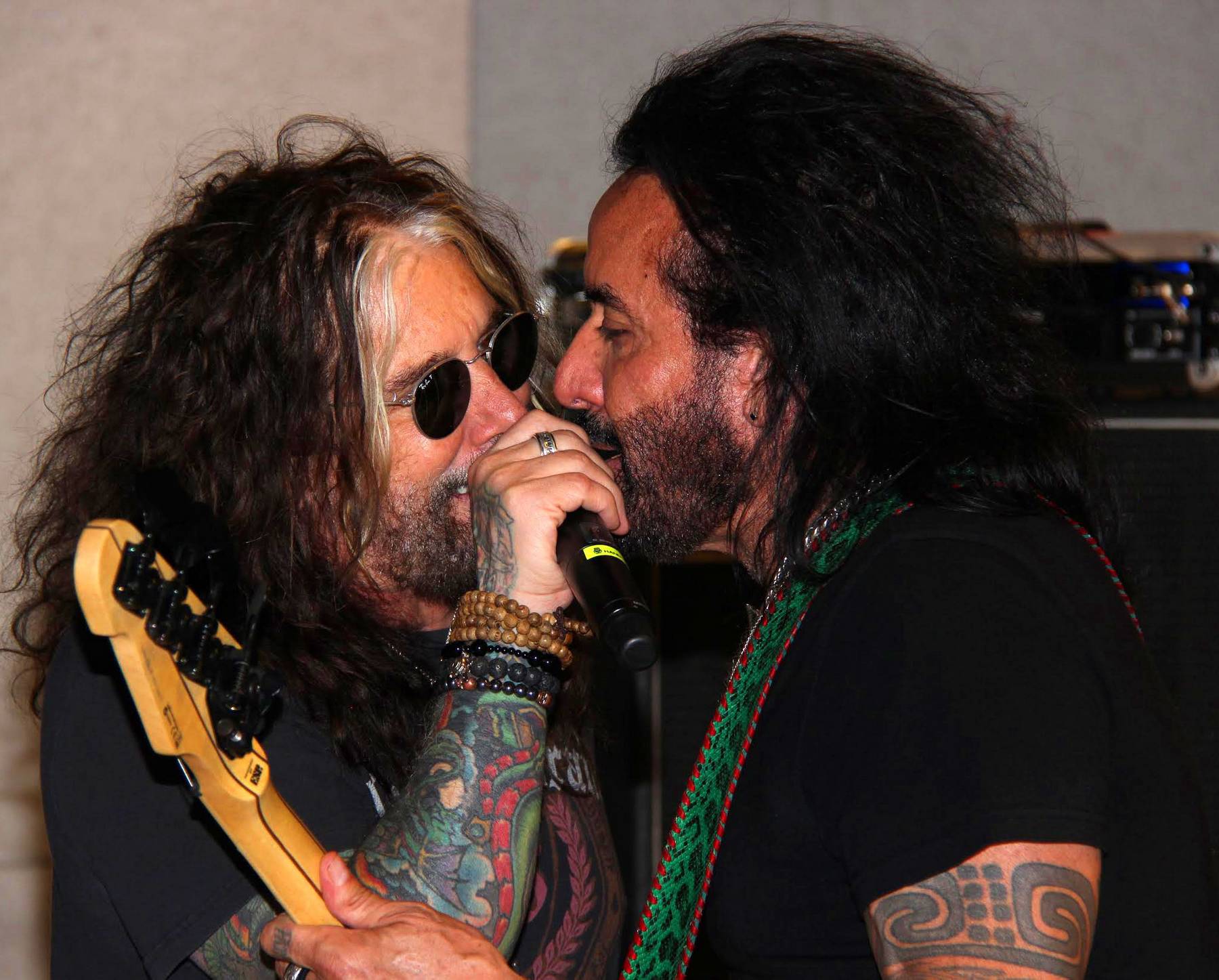 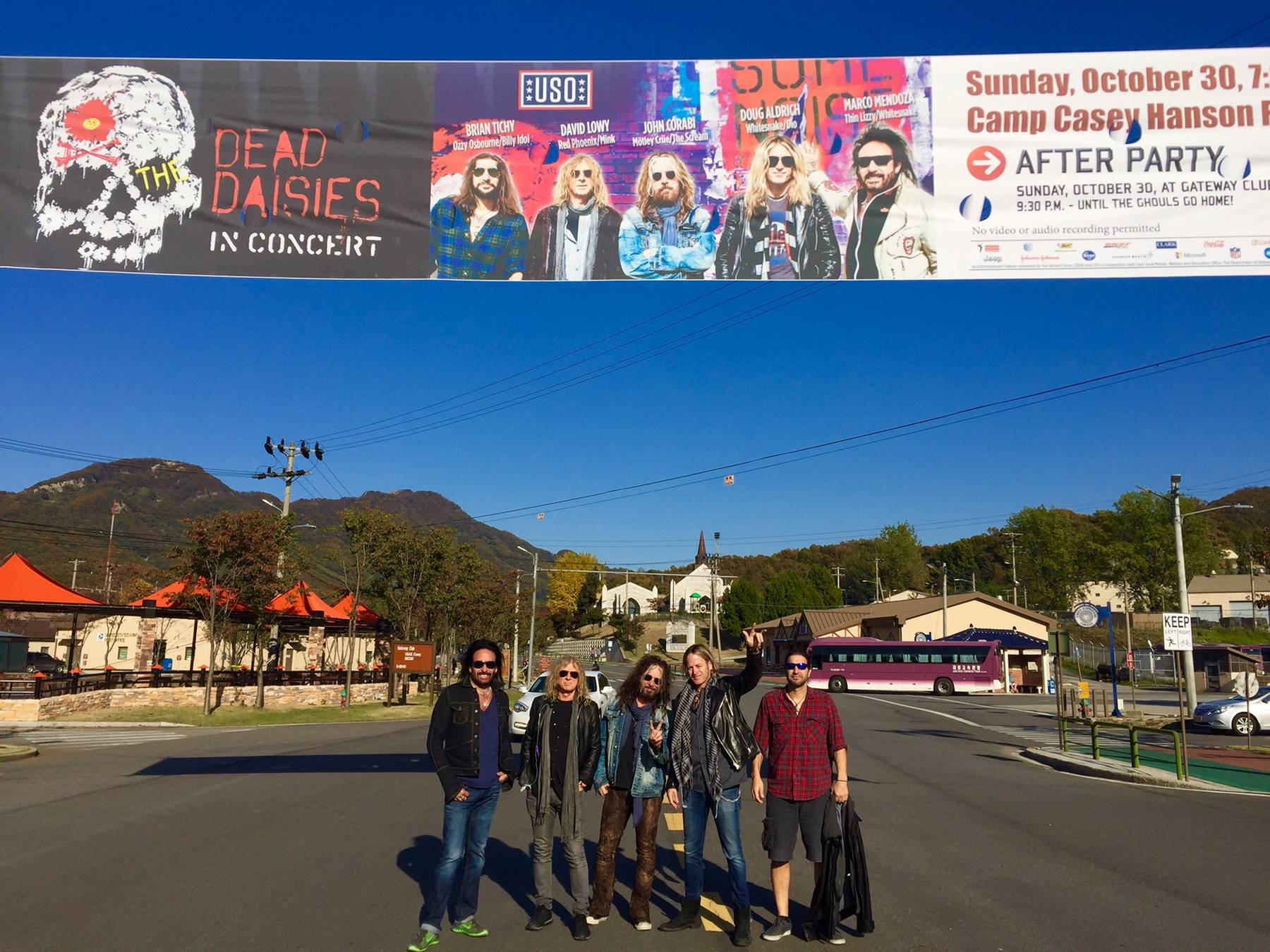 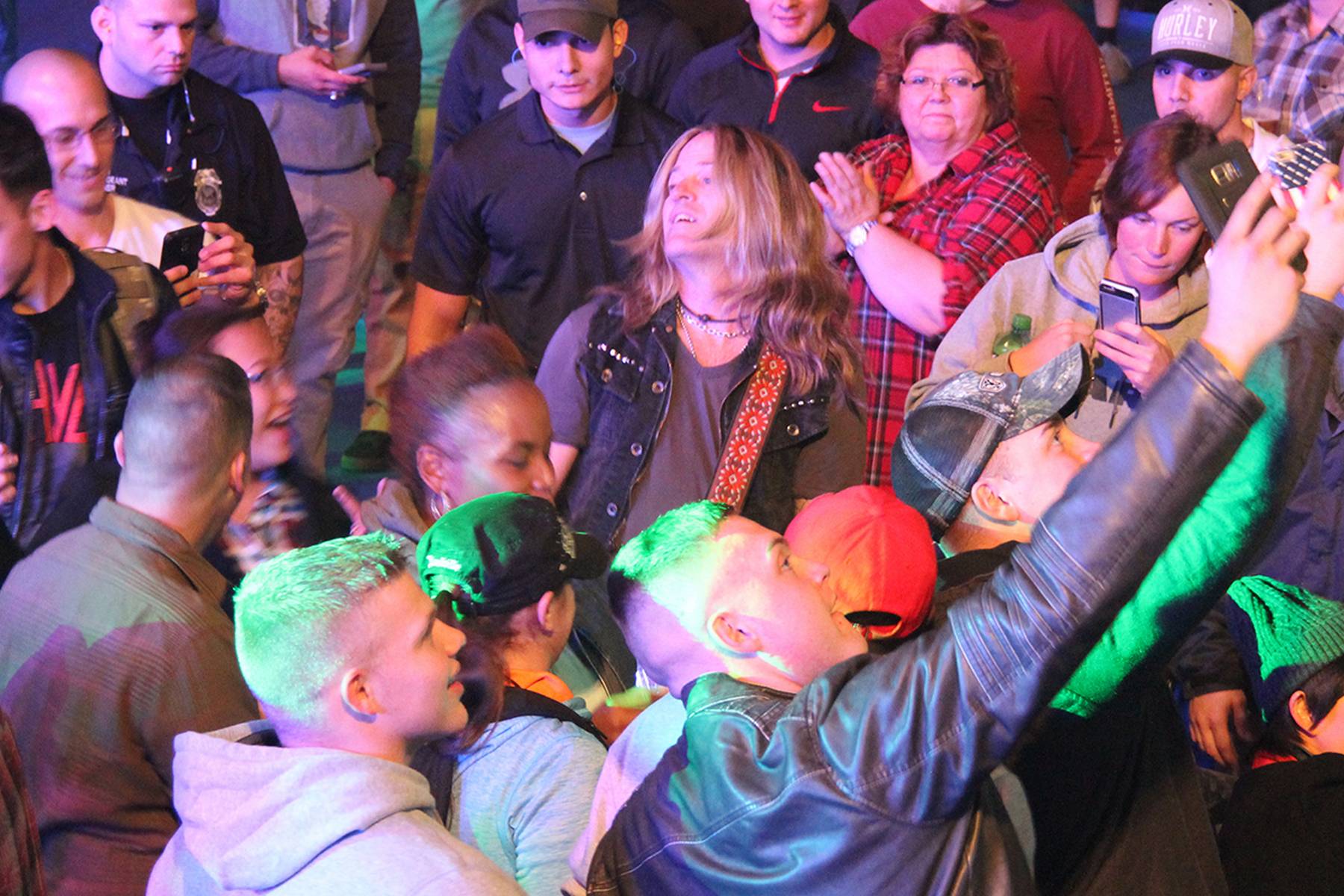 Share on FacebookTweet
DekiRockin’ the troops at Camp Casey in South Korea10.31.2016