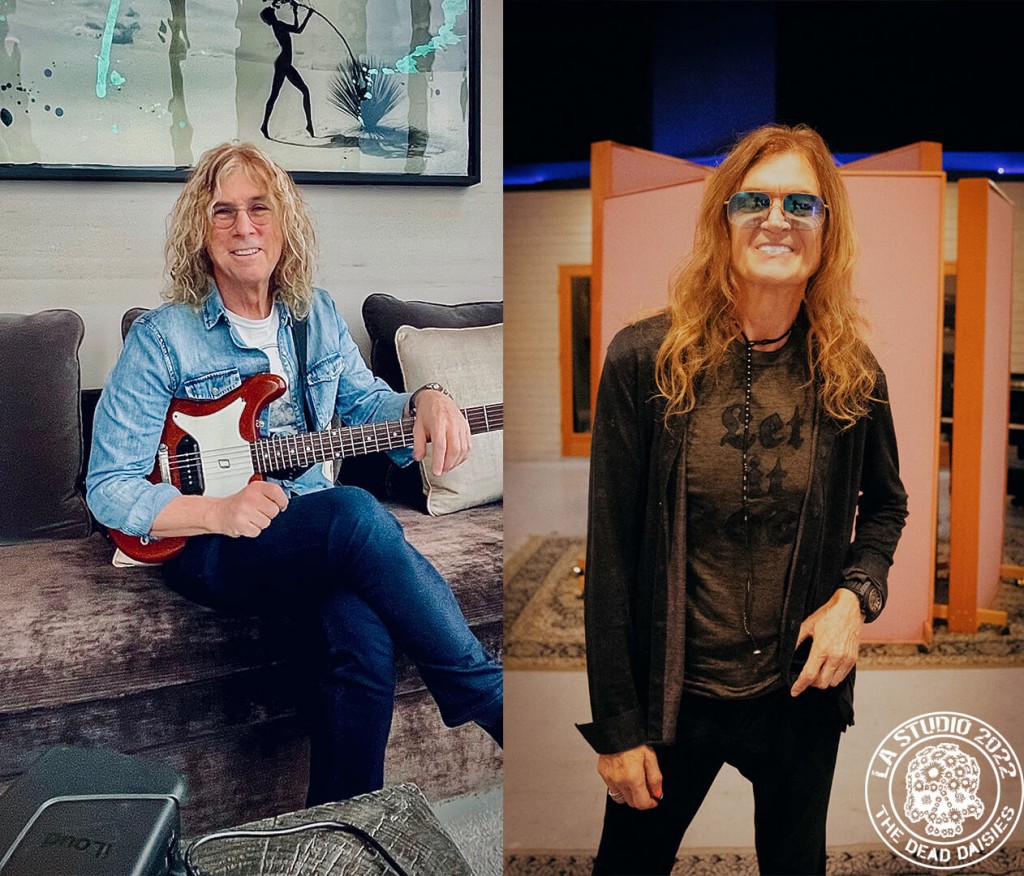 As the many pieces of the jigsaw of this brand new album start to fit into place, Glenn has gone into the studio in LA to put down his unique vocal, they don’t call him the Voice of Rock for no reason.

As he puts down his powerful vocal on one side of the US, David Lowy is adding monster riff’s to the new tracks in New York. 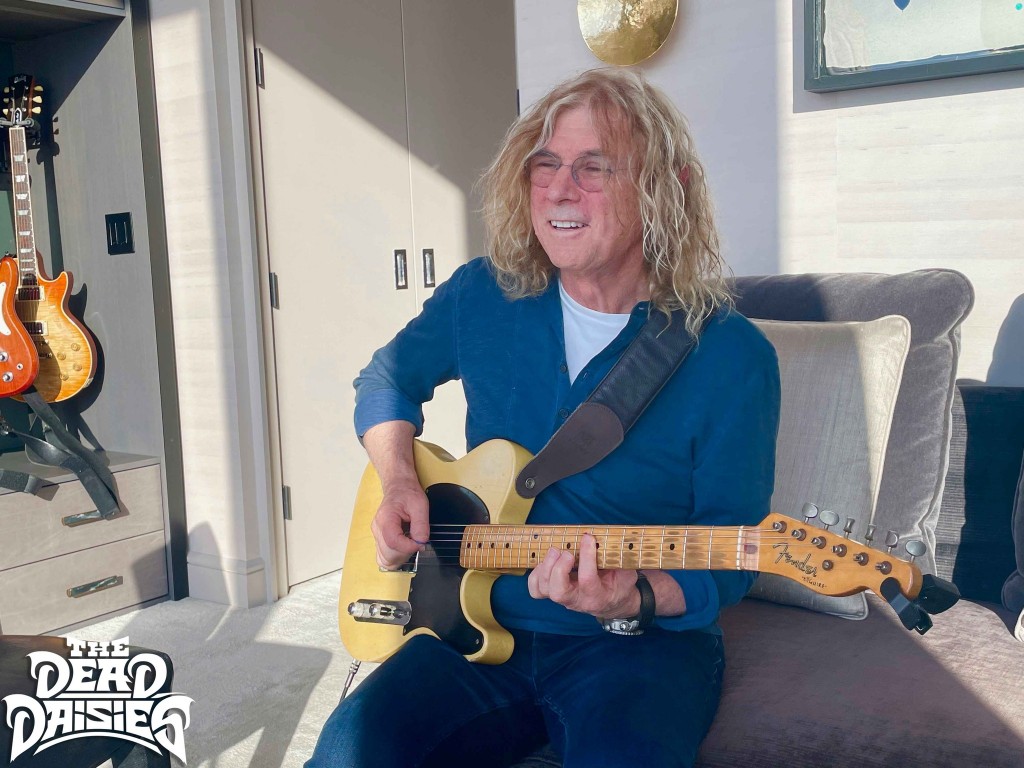 At his studio in New York, David is working with Doug putting down some solid guitars forming the bedrock for what is shaping up to be another memorable album from The Dead Daisies. Some Fender guitars are being added to the mix with a 1952 Esquire Blackgaurd featuring heavily on some of the tracks. 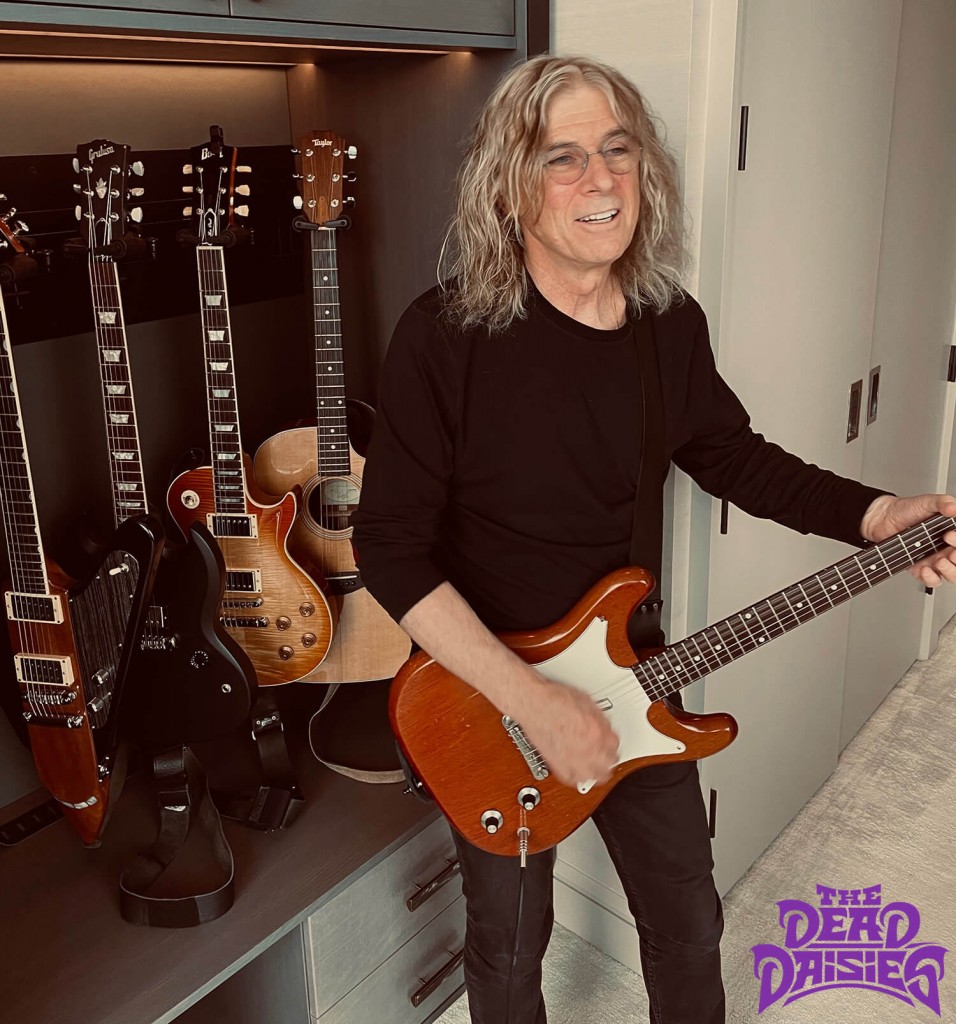 With a few more days of hard work both in the vocal booth and the guitar studio the album will be ready for Ben Grosse to take everything and start to paint the final picture as he begins the task of mixing the album. 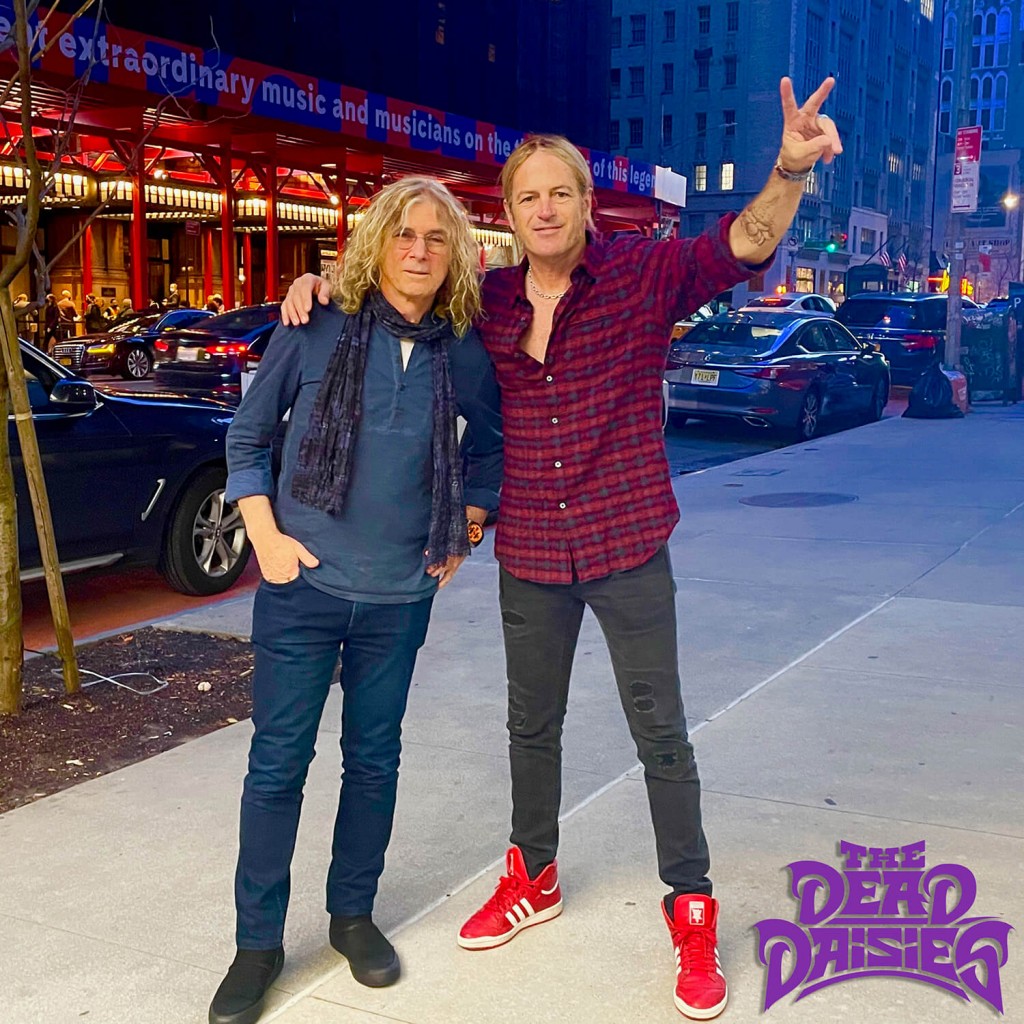 This is going to be one amazing record! 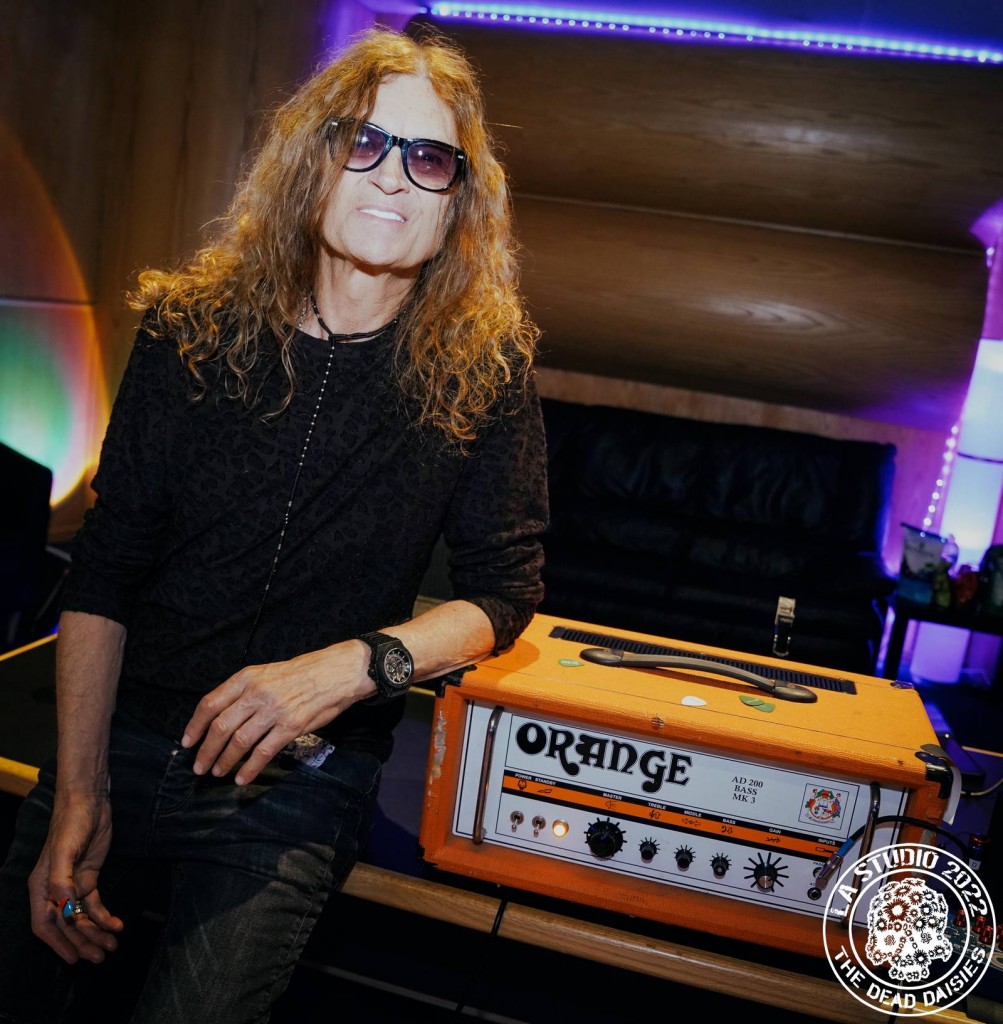 This week it was time to add some serious low end to this next opus from The Dead Daisies. Glenn has been in the control room with his four string friends laying down some serious grooves, deep solid foundations and giving the new material a real growl! Glenns weapons of choice for this new album are Bill Nash bass guitars, the ‘J’ and ‘P’ bass guitars (the ‘P’ is modelled similar to his bass from his Deep Purple days). The other is an original 1965 Fender Precision bass guitar. Using his favourite trusty Orange amps, Glenn is creating his signature distorted attacking tone that will help set this album alight.

Doug and Brian recorded their ‘Live from Daisyland’ session at the start of the week which was aired on Wednesday on a rainy day at the studio, then Doug came back and forth a few times to hear Glenn put some of his bass guitar tracks down, ‘He is slaying it’ said Doug!

We cannot wait for you to hear this new record! As each day, week and session goes by, this record is building into one hell of a monster, you are going to love it! 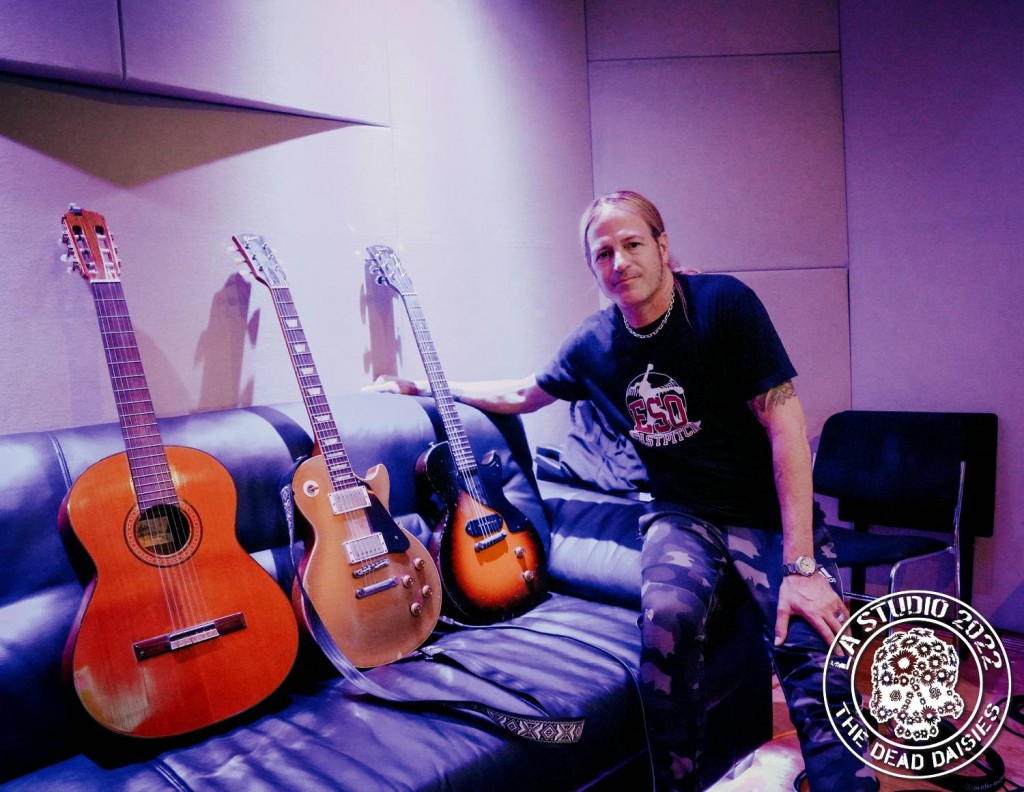 This week in the studio it has been all about the guitars.

With just Doug working away at parts, the tapestry of these next set of songs are starting to build into another monster of a record.

Doug has many different guitars, and while trying out various parts on various instruments, he dusted down his 1973 black Les Paul Custom which he hadn’t used since his Whitesnake days. Hearing the tone on one of the new tracks he felt this was the perfect guitar to capture the exact feel for what he had imagined. His Gold Top still features, but it’s good to vary the tone depending on what each song is trying to convey. Doug has also used his 1956 Les Paul Junior this week on a number of tracks because he loves the attack and bite the guitar sound possesses.

Along with all his guitars, he also has a bank full of effects pedals! However, on this album, he has trimmed down his board to just a handful that catch and emphasize each note, whether he’s bending it, delaying it or thrusting you back in time with a real 1960’s Wah-wah pedal vibe.

As each instrument builds on the drums, the shape of this album is developing and building into a record of mammoth proportions, that, like its predecessor ‘Holy Ground’, will last long in the musical memory! 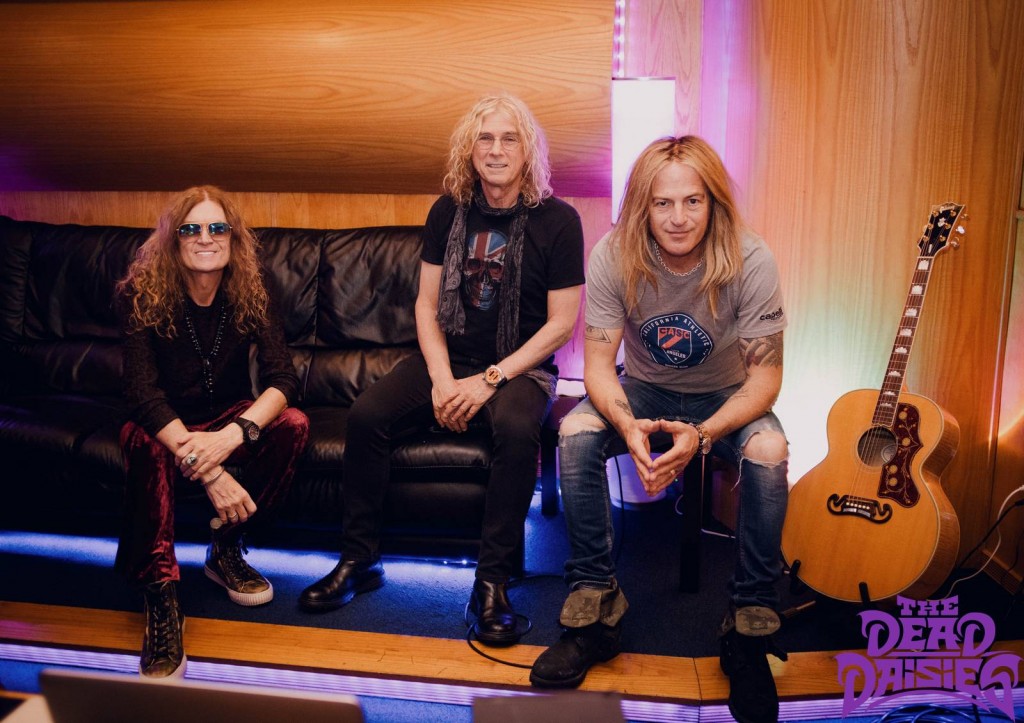 As the band entered the studio for week two, the groundwork for a good part of the album had been laid out, while this week would see more foundations put in place.

Once again Brian Tichy was the main focus as he worked through his drum tracks with producer Ben assisting him to get the biggest, baddest, boldest sound from his kit. He plays the drums like a human thunderstorm live, so the aim was to capture that sound with the record button pressed firmly down. Brian was fully charged and had reached the halfway point on the drums as they began.

David, Doug and Glenn played along with Brian to get a real live groove on the studio recording. It is important that the songs still have a concert feel to them even on the finished record. Focused and well rehearsed to record the next collection of epic Daisies songs, the band tracked with Brian.

As the guys take a break from the studio while Doug becomes Soccer dad for the weekend, next up will be the guitars. Loud, crunchy, attacking and powerful would be a good way to describe the twin attack of David and Dougs guitars which will have their turn in the recording room next. This will be AWESOME!! 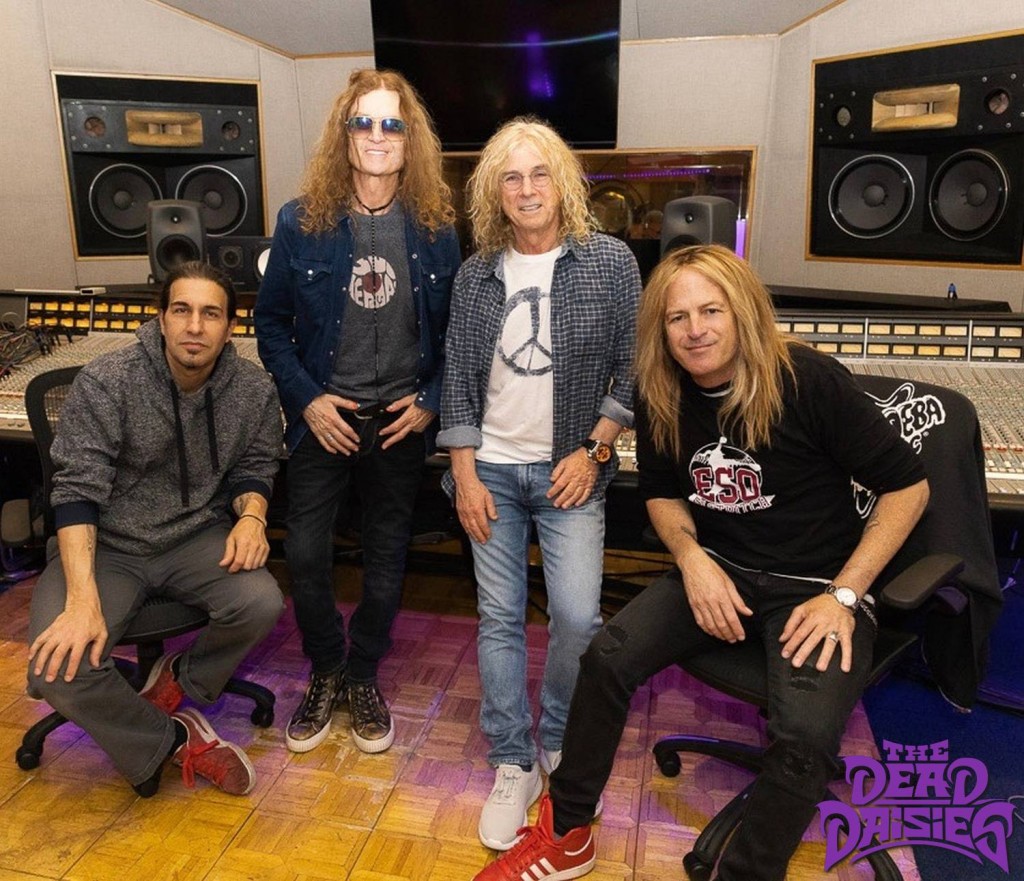 After the colossal piece of music that became the ‘Holy Ground’ album, the bar was raised and the creative juices had started to overflow once more as the band entered the studio in LA with producer Ben Grosse to begin the follow up.

This week was all about creating that the groove for this new album starting with the drums. Returning to the drum stool and bringing his very own brand of thunderous fills and earth crashing cymbals is Brian Tichy. When you lay the foundation for anything that is going to be big, strong and historic, there is nothing better than the best to do it justice.

Doug has been there from day one like a conductor of an orchestra, overseeing some of the musical visions in his mind that start to build into a reality. Glen arrived on Tuesday to start tracking some melodic sketches as the framework for tracks was being built.

David arrived at the studio on Friday in time for the whole band to do some run-throughs of different arrangements and parts as they start to prepare the groundwork for the next record by The Dead Daisies. Recording not too far from Hollywood, the scene is set, now it’s time for action!