ROCKIN THE CITY OF THE GODS 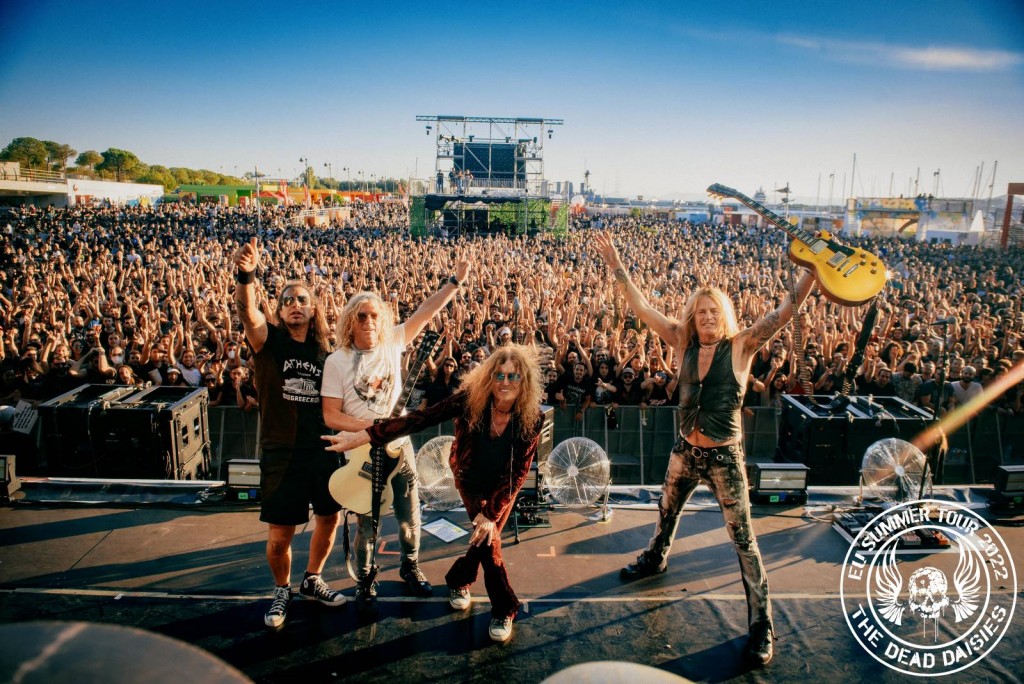 Athens, one of the cities where the foundations of modern society began and the home to some of the greatest mythology stories ever told. Tonight, for the first time ever, The Dead Daisies were playing the city of the Gods and had the opportunity to become part of that rich cultural tapestry that could become future mythology for generations in the future.

The Daisies took to the stage under a bright blue sky in the blazing heat and sunlight, immediately hitting the audience with a collection of tunes fired like bolts of lightning! ‘Shine On’ the new single along with now established songs from the ‘Holy Ground’ album grabbed the audience along with a fist pumping rendition of Deep Purples ‘Mistreated’ and a head shaking version of ‘Burn’.

Glenn watched over the audience and sang like a Greek God commanding his subjects to Rock! David Lowy and Doug Aldrich twin guitars gave additional firepower like they were coming straight from Prometheus the God of Fire’s lair, while Brian Tichy, was the God of Thunder himself, Zeus, firing out thunder and lightning through the colossal energy he channelled through his drumming prowess! The Dead Daisies arose like Greek Gods today and the sold out audience demanded that they came back soon!

Share on FacebookTweet
DekiROCKIN THE CITY OF THE GODS07.16.2022