REVIEW: “The Dead Daisies sound is true to … Rock-n-Roll” 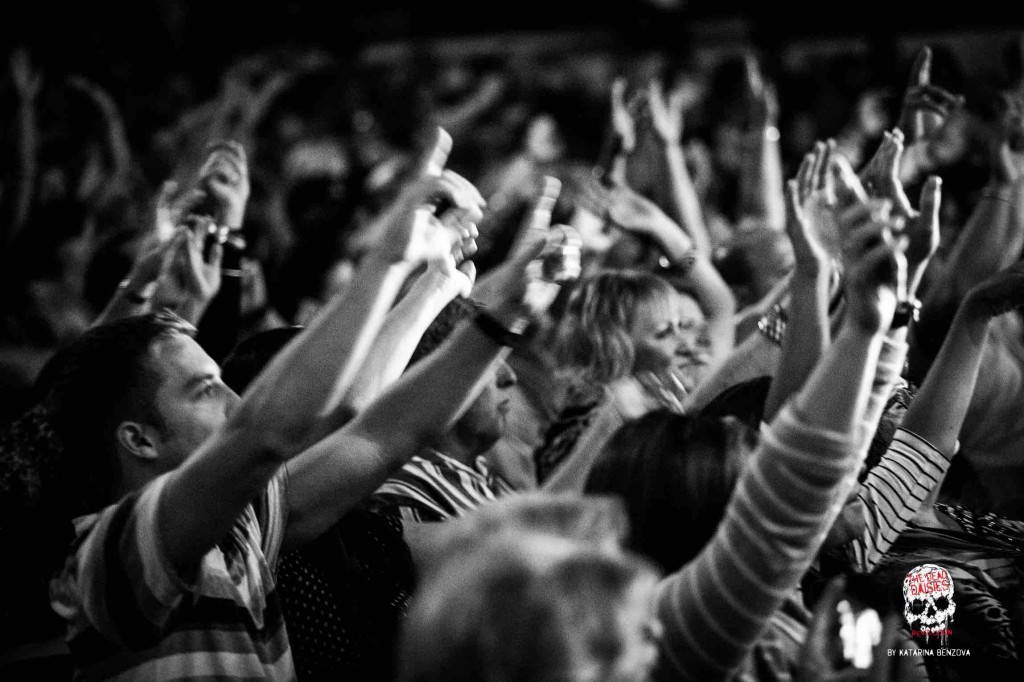 Warming up the stage for Whitesnake were supergroup The Dead Daisies. Originally formed back in 2012 by former Noiseworks vocalist Jon Stevens and former Mink guitarist David Lowy, The Dead Daisies quickly picked up momentum enlisting touring members from Richard Fortus (Guns N’ Roses/Psychedelic Furs), Marco Mendoza (Thin Lizzy/Whitesnake), Dizzy Reed (Guns N’ Roses/Hookers & Blow), and John Tempesta (The Cult/Rob Zombie), among others. Opening eyes with a slot on 2013′s Rockstar Uproar Festival, The Dead Daisies found themselves as opening support for KISS in the Summer of 2014 as they showcased cuts from their 2013 self-titled record. Now in 2015, The Dead Daisies are back with new album Revolución and a touring lineup consisting of new vocalist John Corabi (Mötley Crüe, RATT), new drummer Brian Tichy (Ozzy Osbourne, Billy Idol), along with alumni, Bassist Mendoza, Keyboardist Reed, as well as Guitarists Lowy and Fortus.

Immediately recognizable to the educated Rock fans in the crowd, The Dead Daisies received a round of cheers as they began their hard-rocking set with new “Mexico” followed by a crunching cover of Howlin’ Wolf’s “Devil Out of Time.” Sounding tight and powerful, they moved into another cover with The Sensational Alex Harvey Band’s ”Midnight Moses,” before going into their own, “Looking for the One.”  Staying with the theme of the evening, the band even paid tribute to Deep Purple with an amped up cover of 1968 hit “Hush” that had the audience howling in appreciation. With Corabi shining bright on vocals, he fit perfectly with the rest of The Dead Daisies, doing a fantastic job with their older track “Lock ‘n’ Load” and owned the pieces they recorded with the band for their sophomore album on “With You and I” and “Devil Out of Time.” Closing their set on a high note, they jammed out with a ferocious take on one of the Beatles’ heaviest songs, “Helter Skelter.” Certainly possessing a new sound with Corabi on vocals, The Dead Daisies sound is true to the Rock-n-Roll they have been crafting since the project came together. Be sure to check out their latest albumRevolución for a fantastic group of songs.

Share on FacebookTweet
DekiREVIEW: “The Dead Daisies sound is true to … Rock-n-Roll”08.15.2015