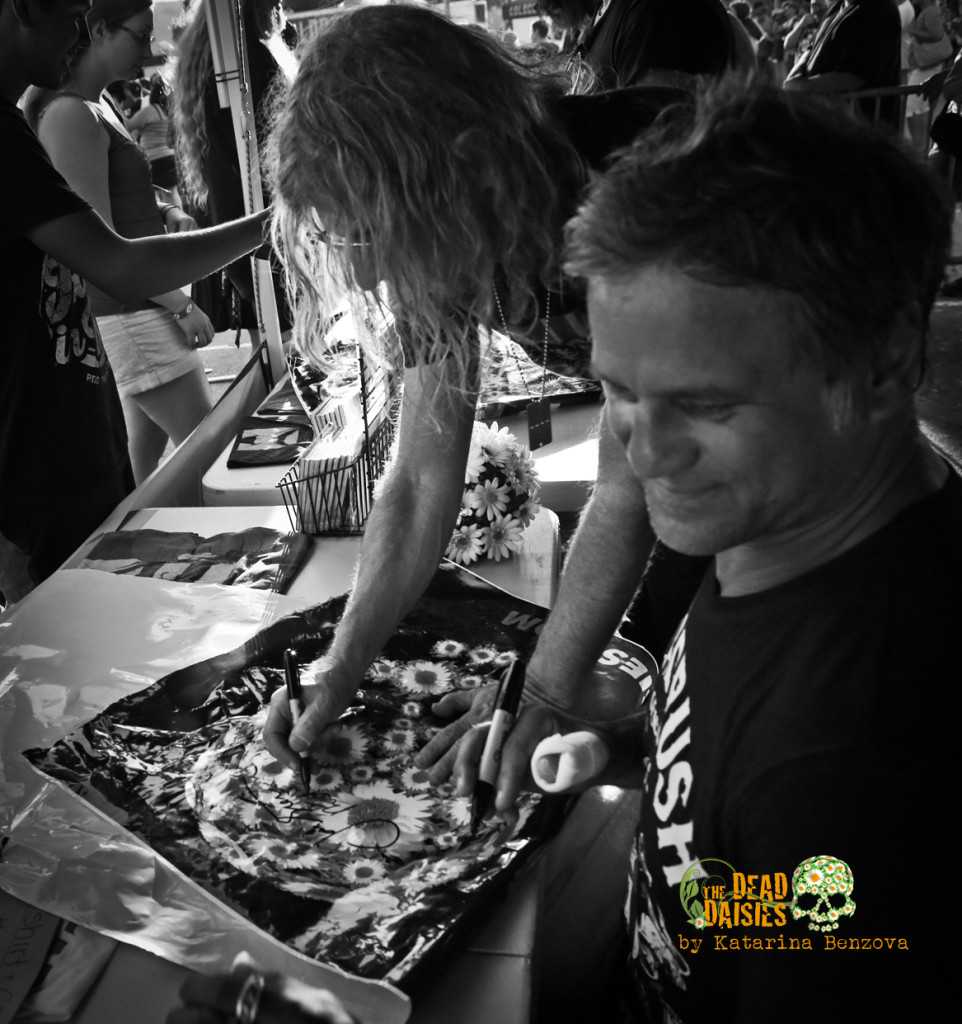 Alright, we’re here with Jon and David from The Dead Daisies. It’s the last day of the Rockstar UPROAR 2013 festival. How do you think everything went?

Jon: Bloody hot! It’s been great actually, it’s been a great tour for The Dead Daisies and we’ve had a lot of fun. We’ve met a lot of new people, but it’s been bloody hot!

David: I think it’s been great for us to be able to play our songs because we’re a relatively new band and play them to many, many people who enjoy them.

So, you’re big hit right now is Lock N’ Load with Slash. Who’s idea was it to get him involved?

Jon: Slash and I wrote that song. We wrote a buncha songs together and that was one of them. When David and I finished the Daisies album, I remembered that song. And I thought, “Oh God, that’d be perfect for this record.” And basically Slash isn’t gonna be involved in anything he doesn’t deem worthy. So, I sent him The Dead Daisies album and he loved it. So, he just wrote, “Yeah man put the song on. I love the band and I really wanna be a part of it.” It was awesome that he played guitar on it as well.

Share on FacebookTweet
DekiInterview with David and Jon – Alternative Nation09.22.2013