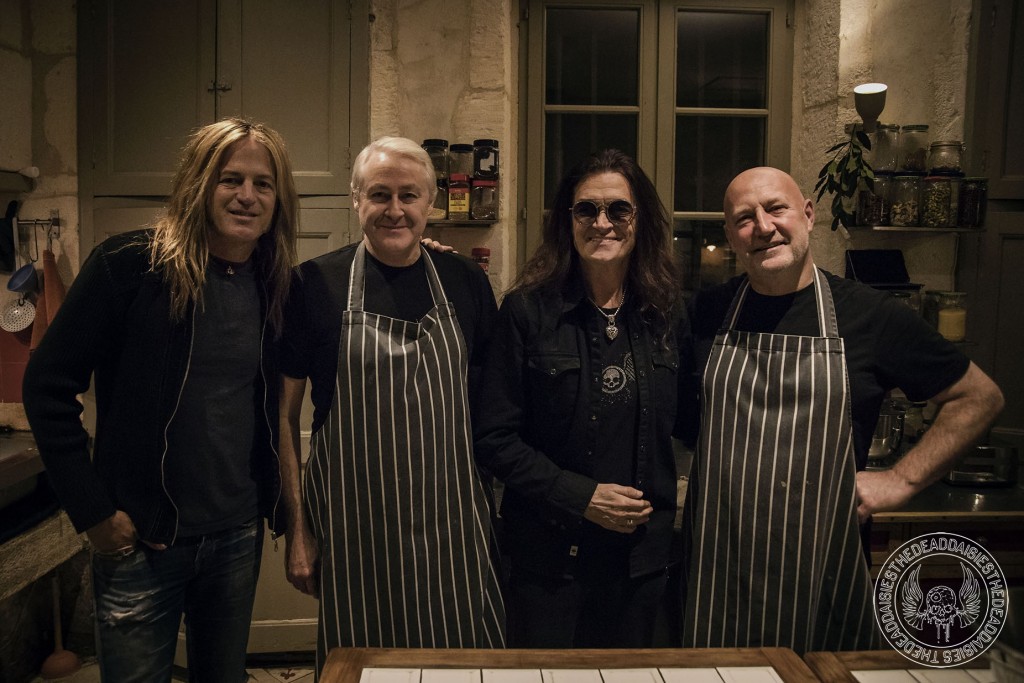 Another day after this and it will be time to head home, so a heavy working schedule would be the order of the day. The weather continues to be kind apart from the sharp coolness in the air which are great conditions for walking, something all of the team have done over the past ten days.

Once breakfast was out of the way, the band went for a photo shoot to capture the perfect group shot, watch this space for some of the best images soon.

Concentration was mainly on two new songs today. Deen built up his parts and created the right groove while Glenn worked out melodies and laid down some guide vocals so the tracks could find their way, twisting and turning into Doug’s guitar riffs.

The humour was good in the studio today, reflecting on a satisfied mood by the band on what they have accomplished over the past few days. They took delivery of some Blackstar amps giving a big crunch in the sound and Taylor acoustic guitars, one of the most beautiful guitars to play, which will be integrated into some of these new songs.

As with every day, Doug and Glen the resident chefs cooked up another amazing dish. Today it was the French classic beef bourguignon with a vegan option of roasted peppers and couscous.

The band would like to give a heartfelt thank you to their hosts Herve and Isabel for their unbelievably kind hospitality and not forgetting the champagne and red wine aperitif. Tres Bien!