DAY 7 – ALL TOGETHER ON SUNDAY 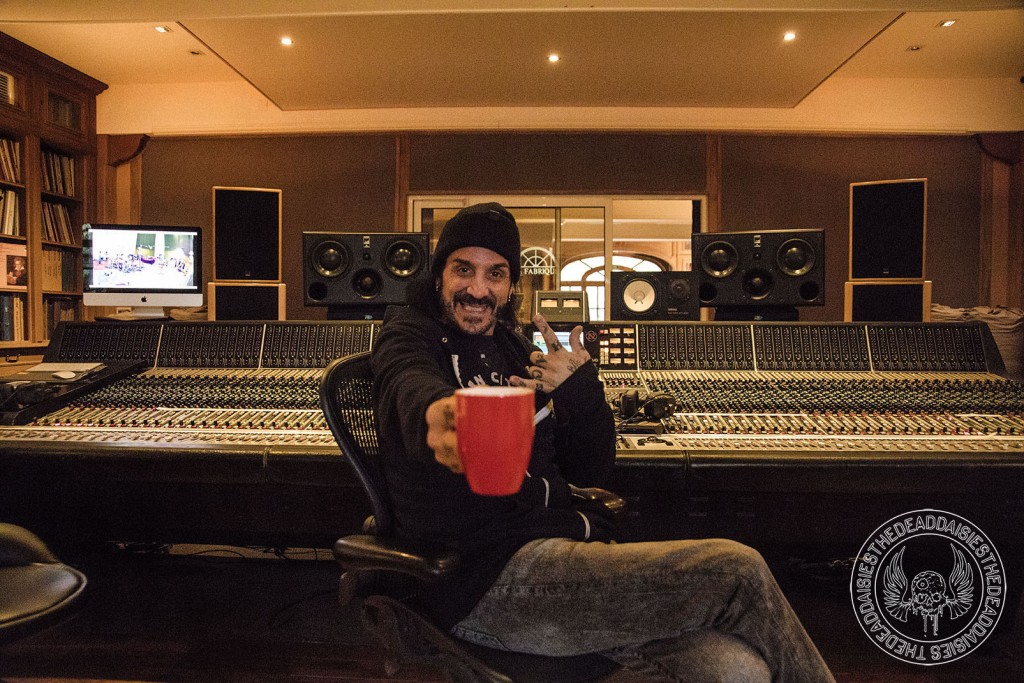 Sunday broke, bathed in sunshine with a crisp chill in the air. You know the song, ‘Easy like Sunday Morning’? That would NOT describe the day ahead. An early start and right through the day and into the evening the band set out to complete all the tasks required before winding up the studio sessions later in the week.

Deen has been doing a serious work-out to complete all his parts and today was no different, although he will always find time to goof around. Ben Grosse wanted to make sure he had every fill, every snare part, all the bass drums so he could build the final drum picture and create that big Daisies sound that we’ve come to expect from Deen.

A new song called ‘All Together’ was penned to add to the collection. The chemistry between all four members is really flowing with each day, and these little gems of ideas coming from the writing sessions are appearing more and more frequently.
As the day was coming to an end, the band and crew were treated to yet another sumptuous meal by Doug and Glen. Tonight, it was a Sunday Roast with all the trimmings. At this rate, the boys will not only be leaving the studio with some great songs but possibly some excess baggage around the waistline!

New music from the studio will be posted soon, so keep an eye out on the website and social media for some exclusive nuggets.