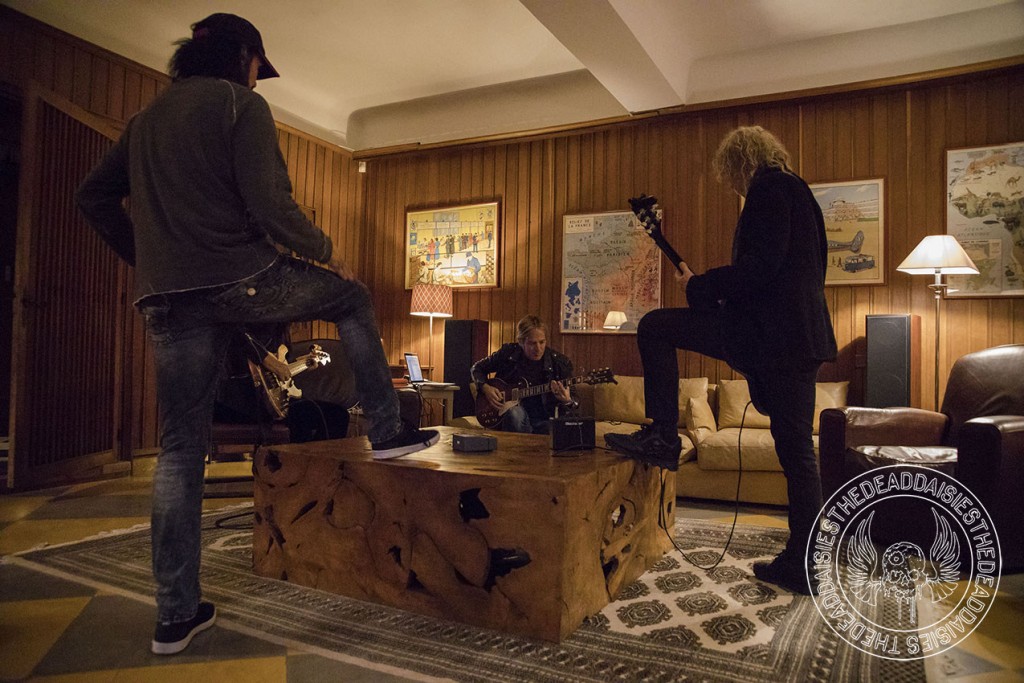 With the dawn of a new day filled with more sunshine and blue skies, the band headed down to the studios early to start work. After a hearty French breakfast including freshly baked croissants, Deen headed back to the drum booth while David, Doug and Glenn continued to look closely at song arrangements.

With the morning came a sense of intensity trying different parts and arrangements. Guitar lines loudly and softly broke the silence and slipped out of the windows into the courtyard, melodies weaved in and out as songs started to take shape being pieced together like a complicated jigsaw.

With a break for lunch outside in the garden, it gave time to reflect at a quiet distance on the mornings work and to map out the journey of where the boys could take the songs next, including titles. The aim, hope and ambition of every songwriter is to have that next piece of work they create become part of their listeners DNA, and labelling it with the right name is crucial. Now, with a clear direction, the afternoon’s work was mapped out.
The evening saw another wonderfully prepared meal by La Fabriques chefs, although Doug wanted to break in on the act to demonstrate his culinary skills. The most amazing turkey we’ve ever eaten, with potatoes and carrots were the order of the day.

The last part of the day was spent with, producer Ben, building some of the tracks in preparation to record some serious guitar parts as part of the next days creative work out.