The Daisies rock Verona Arena, a Roman Amphitheatre built in the first century 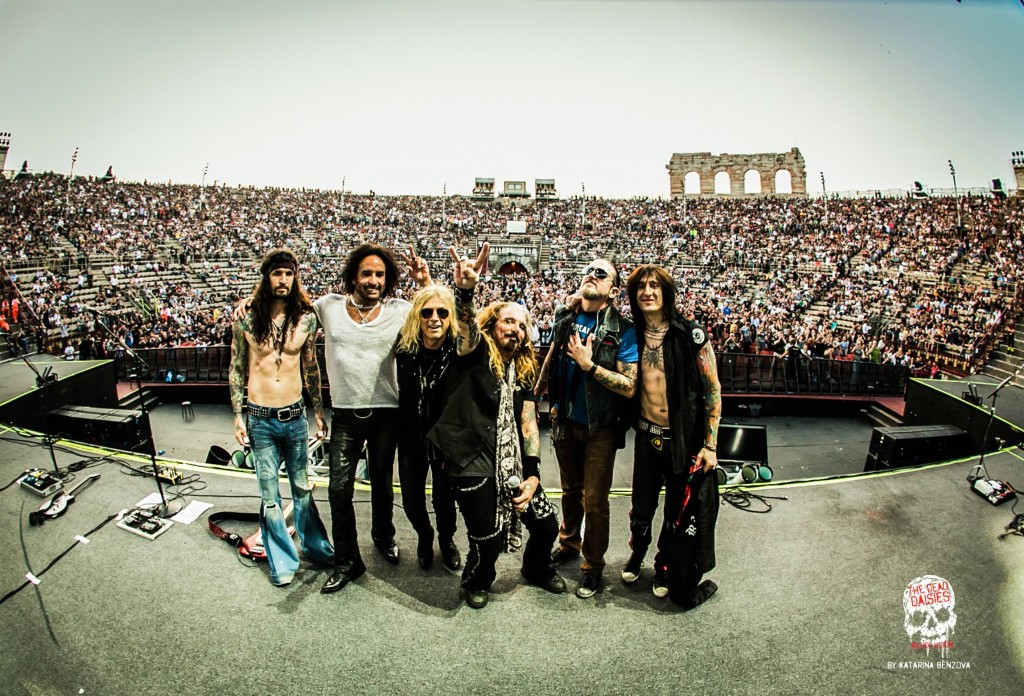 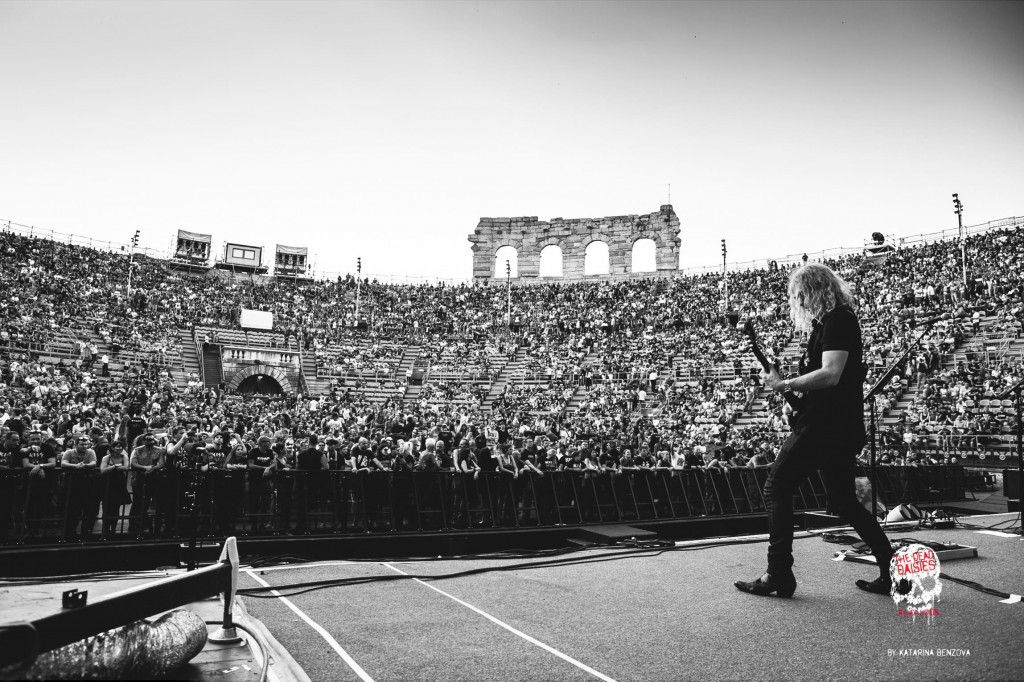 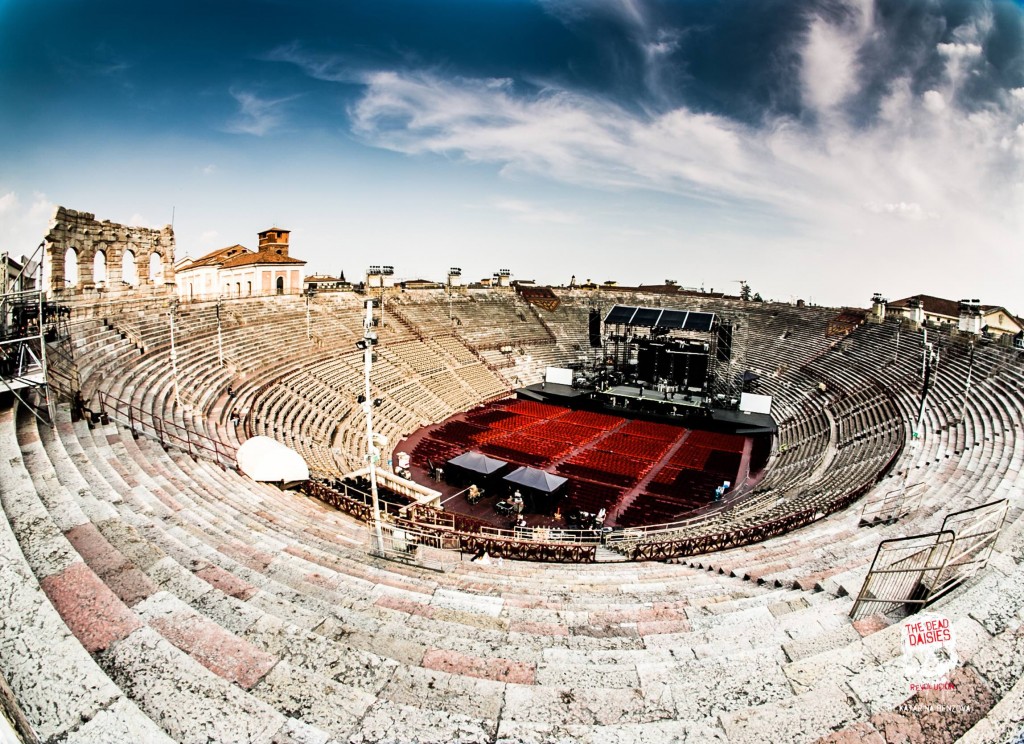 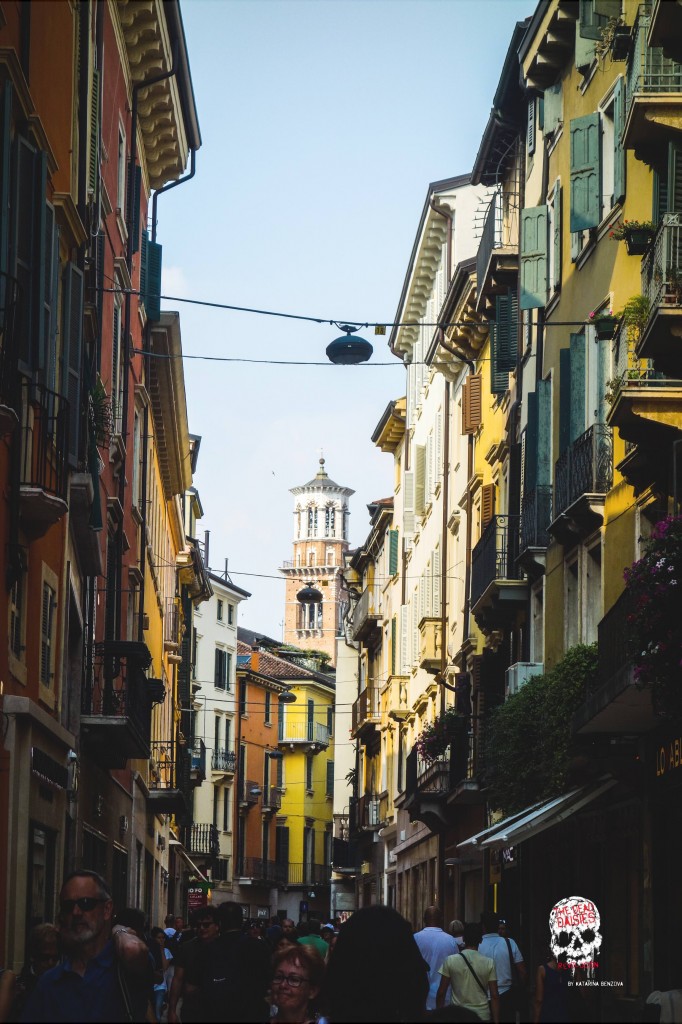 The flight time from Zurich to Verona is a mere 30 minutes, crossing over one of the world’s most impressive mountain ranges, the Alps. The next venue on the tour is as equally impressive if not historic. Verona Arena, a Roman Amphitheatre built in the first century.

The band arrived at the impressive 15,000 capacity arena, famous the world over for opera performances, for a slightly more raucous performance including four large beings in grease paint, metal and spandex, but before that, our very own Dead Daisies.

After the usual rituals of sound-check, an electrically charged Italian audience greeted the band on-stage. The response was to blast into ‘Mexico’, now there’s a clash of cultures, Romans and Mexicans!

With the great opportunity given to the band every night of this tour, to sell a stormer of a new album in ‘Revolución’ to all these thousands of excited music fans, its no wonder its flying off the shelves. Songs like ‘Evil’, ‘Midnight Moses’, ‘With You and I’ and ‘Devil Out of Time’ were aired tonight served up with the usual passion, blood, sweat and tears by Corabi, Fortus, Mendoza, Lowy, Reed and drummer Clufetos that fans have come to expect.

After another performance, which received a rapturous reaction, the band headed back to the hotel through the narrow streets of Verona, to rest before making the journey to London in the morning. A debut performance at Download is waiting for them at the end of the weekend.