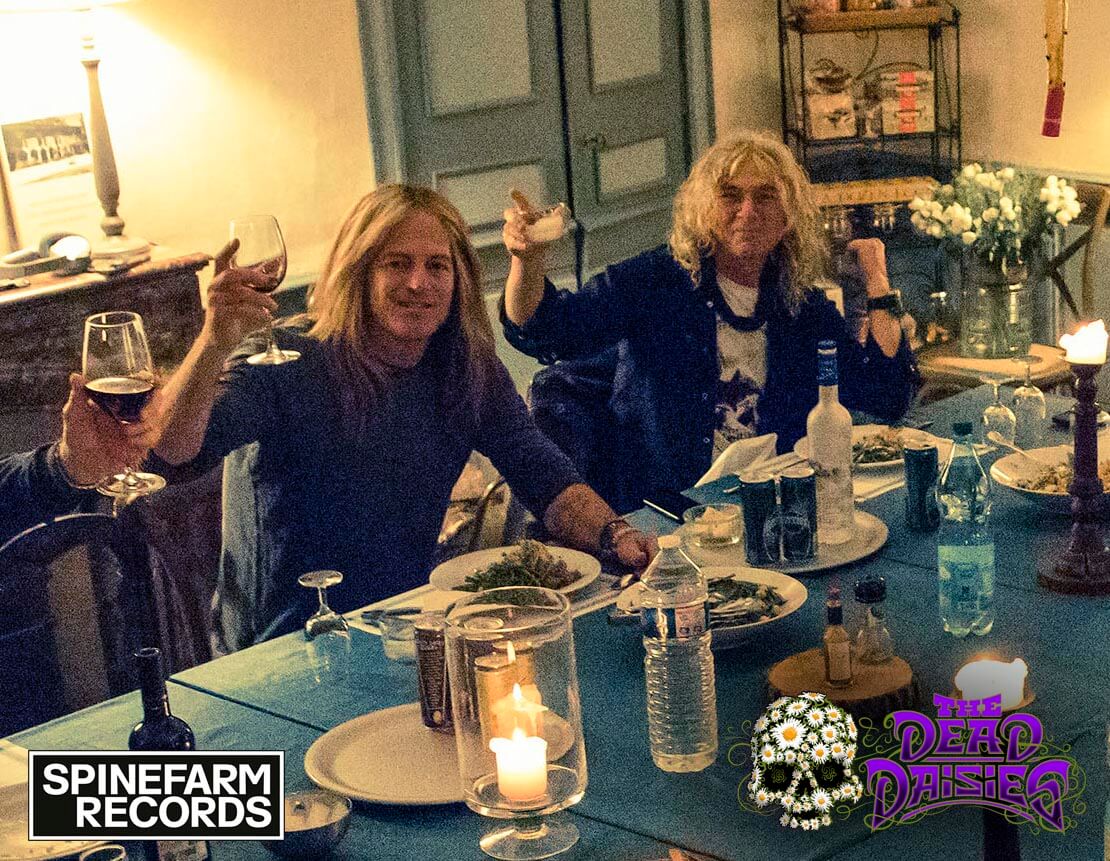 We are super excited to announce we have teamed up with Spinefarm Records, UMG globally to release our new album. With a roster that includes some amazing bands, we are in great company. The collaboration has already started to prove to be an exciting new chapter for the band as everything is being put in place ready for the tour and new record. We hit European stages this summer kicking off a number of headline shows in Essen, Germany, followed by dates at some of the biggest festivals all with brand new music and a new powerful energy.

Mega hard rock collective THE DEAD DAISIES have signed a global deal with Spinefarm Records – the home of hard rock & metal within the Universal Music Group.

Together, these explosive hard-core rock & rollers have been busy at Studios La Fabrique in the South of France, recording their yet-untitled album with Producer Ben Grosse (Dream Theater, Marilyn Manson, Sevendust).

“We’re thrilled to be releasing our upcoming album in collaboration with Spinefarm Records.  This album is very important to us and we all felt we needed to take the next step not only musically but also from a label perspective.  Along with Jonas, Maria, Dante and the rest of the Spinefarm team, it’s time to crank up the engines and get to work on this next chapter with Glenn.  So come to a show, enjoy the ride and ROCK with us, we can’t wait for you to hear it!!”
– The Dead Daisies

Spinefarm General Manager-Worldwide Jonas Nachsin echoes that sentiment.  “We are very excited to partner with The Dead Daisies on their newest and best album yet.  With the addition of Glenn Hughes, all the work they’ve been putting in over the last few years will realize its full potential with this release.  As we’ve been steadily adding both new and career artists to the Spinefarm roster, we extend a big welcome to The Dead Daisies on joining our rock ‘farm”.

Details on the forthcoming album, including title, release date and artwork, will be shared soon. Meanwhile, check out these insightful clips from the studio HERE: https://thedeaddaisies.com/inthestudio/

On the live front, The Dead Daisies 2020 Global Tour will kick off in style with a massive European Summer jaunt. Having previously shared the stage with some of the biggest names in rock –including Kiss, Guns N’ Roses, Scorpions, Aerosmith, Bad Company, Whitesnake, ZZ Top and Hollywood Vampires – the band’s first string of dates are a combination of arena and amphitheatre shows with both Judas Priest & Foreigner, followed by performances at some of the most famous and coveted festivals (Graspop Belgium, Hellfest France etc.) as well as an exciting array of headline shows.

More tour dates will be revealed in due course.