Day Of The Dead

We’re a big fan of Mexican holidays, not only because Marco grew up in Tijuana, but because inspiration for our band’s skull logo came from another Mexican/Latin tradition, Día de Muertos aka the Days Of The Dead, which takes place on October 31st – November 2nd.

The first day celebrates infants and children who have died. This is a group which is believed to have a special place in heaven, and are referred to as “Angelitos” or little angels. The second day is in honor of adults who have passed away.

Dia de los Muertos celebrates the lives of the deceased with food, drink, parties, and activities the dead enjoyed in life. Dia de los Muertos recognizes death as a natural part of the human experience, a continuum with birth, childhood, and growing up to become a contributing member of the community. On Dia de los Muertos, the dead are also a part of the community, awakened from their eternal sleep to share celebrations with their loved ones. Markets are filled with the cempasúchil flower; this orange marigold was the flower that the Aztecs used to remember their dead by.  Its color represents the tones of earth and is used to guide the souls to their homes and altars.

The most familiar symbol of Dia de los Muertos may be the calacas and calaveras (skeletons and skulls), which appear everywhere during the holiday: in candied sweets, as parade masks, as dolls. Calacas and calaveras are almost always portrayed as enjoying life, often in fancy clothes and entertaining situations.

We love this tradition, and believe that life should be celebrated even after it has been taken away. 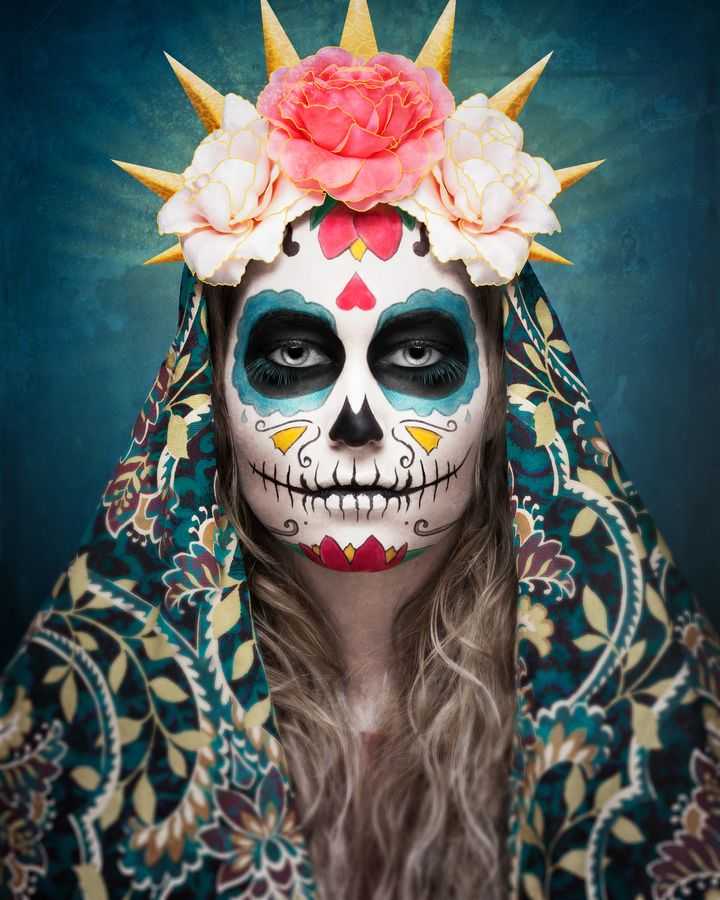