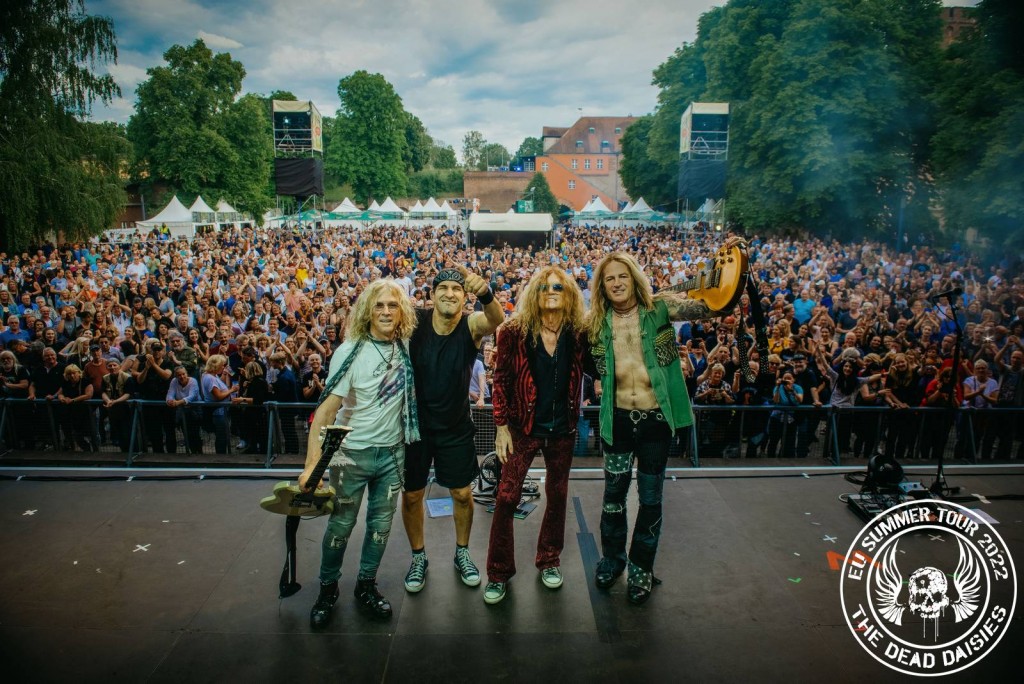 After a couple of days, the guys were based in Berlin where they had a rare opportunity to discover the city. Wednesday night could not come soon enough though, as the band were itching to get back on stage and kick off the tour once more.

This was the fourth show opening for Foreigner, taking place at the Zitadelle Spandau Castle in Berlin. There was already a near full packed arena for this outdoor show when The Dead Daisies hit the stage before 7pm.

The sun was out, the crowd were out for a good time and the setting in a historic castle was the perfect place to make a return to Berlin for the first time in 4 years. Songs like ‘Holy ground’, ‘Bustle and Flow’ and new single ‘Radiance’ were great for this medieval setting, and the audience could not get enough as The Dead Daisies cranked up the twin guitar onslaught under pinned by the solid rhythm and bass from Brian Tichy and Glenn, while his soaring vocals flew over the top of the hard hitting music.

These sets may be slightly shorter than a headline show but the performance comes packed with a blinding punch. Make sure you grab your tickets soon for the headline shows.