As the KISS Kruise made its way to its first destination, the island of Cozumel off the coast of Mexico, it didn’t take much to persuade Marco and David to head down to the beautiful paradise beaches dotted around the island where they enjoyed the sunshine, food and atmosphere to its max! Marco sampled a local cigar while Doug Pinnick of the great King’s X came along for the ride.

After all sailors of the KISS Navy made it back on board, KISS performed their first full-on makeup show celebrating their classic album „Creatures Of The Night“. They even had the tank stage! Thousands of fans travelled back in time, including our very own drummer Brian, who gave the performance an enthusiastic thumbs-up, before hanging out with some of the fans including a female Paul Stanley and a John McEnroe clone! Doug meanwhile relaxed in the casino with Joan Jett’s lookalike. Needless to say: Fun was had by all! Next Daisies show: Tomorrow night – stay tuned! 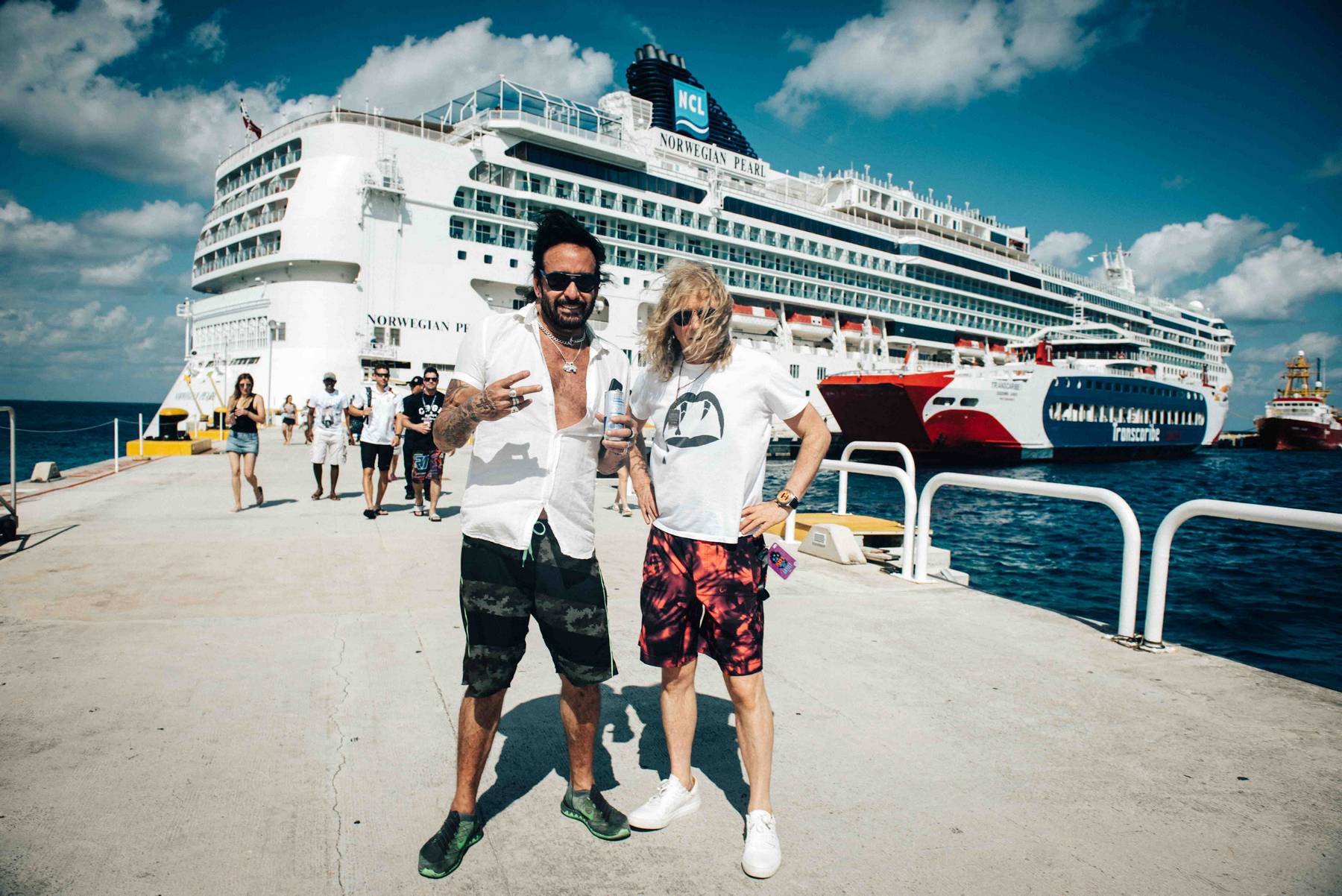 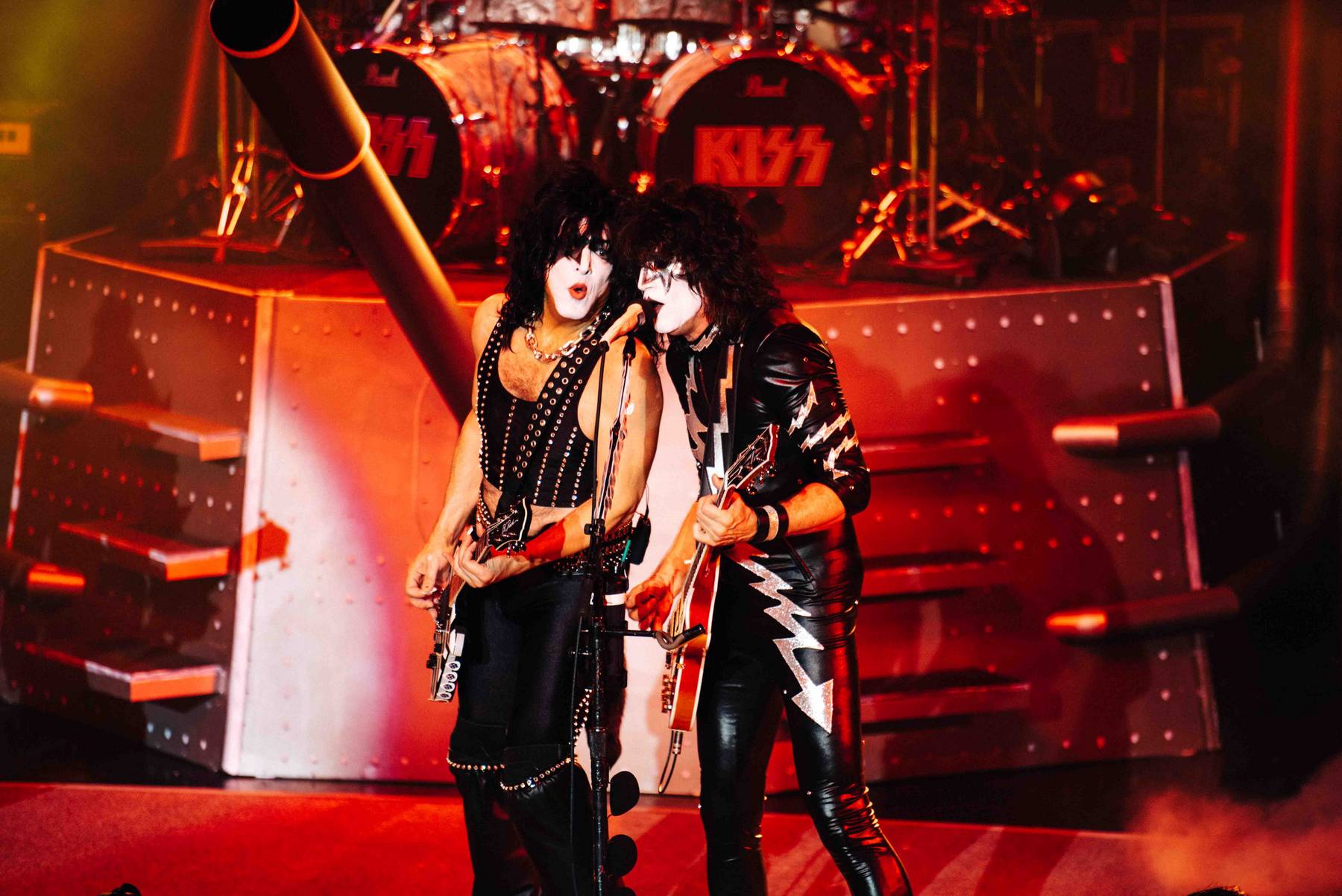 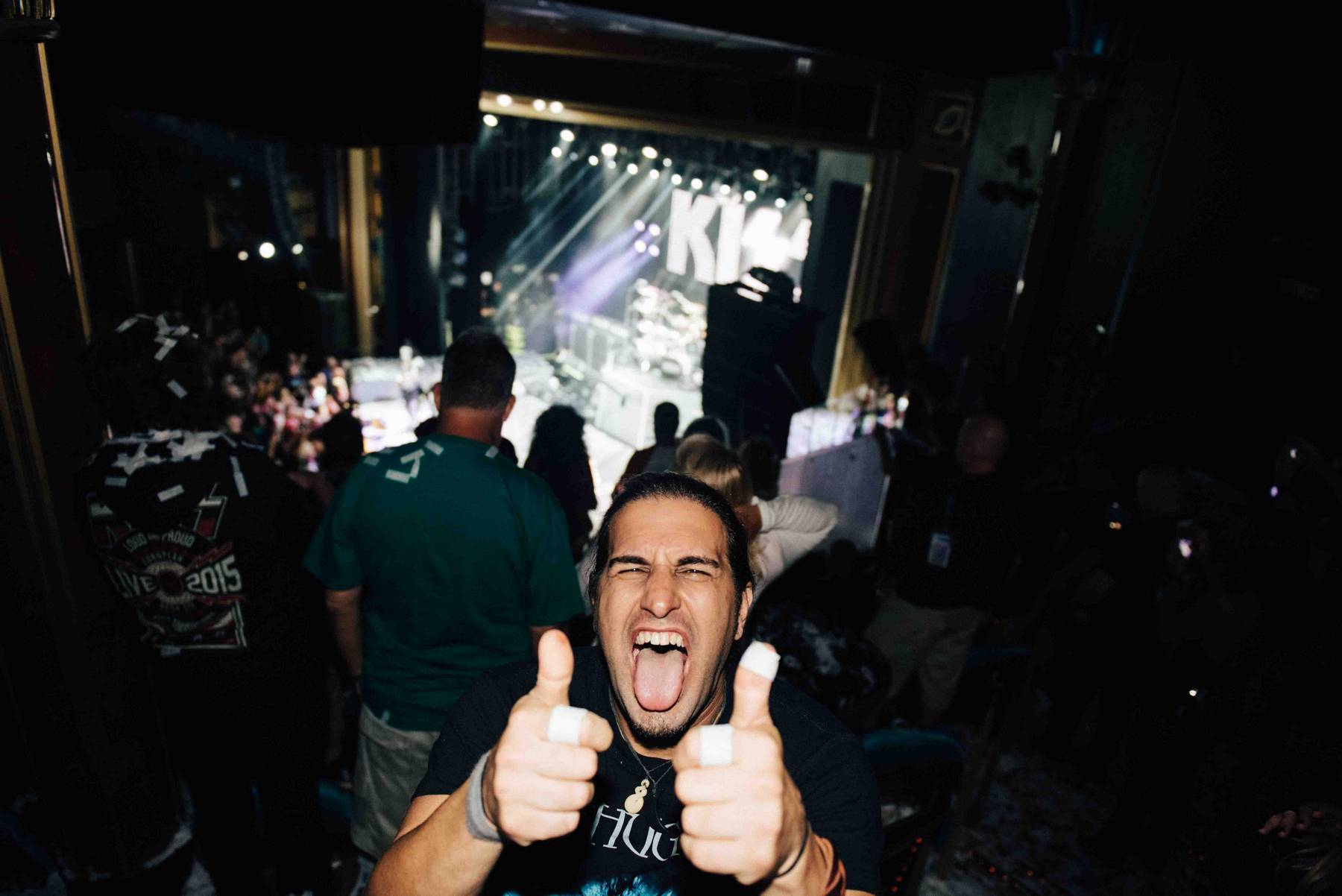