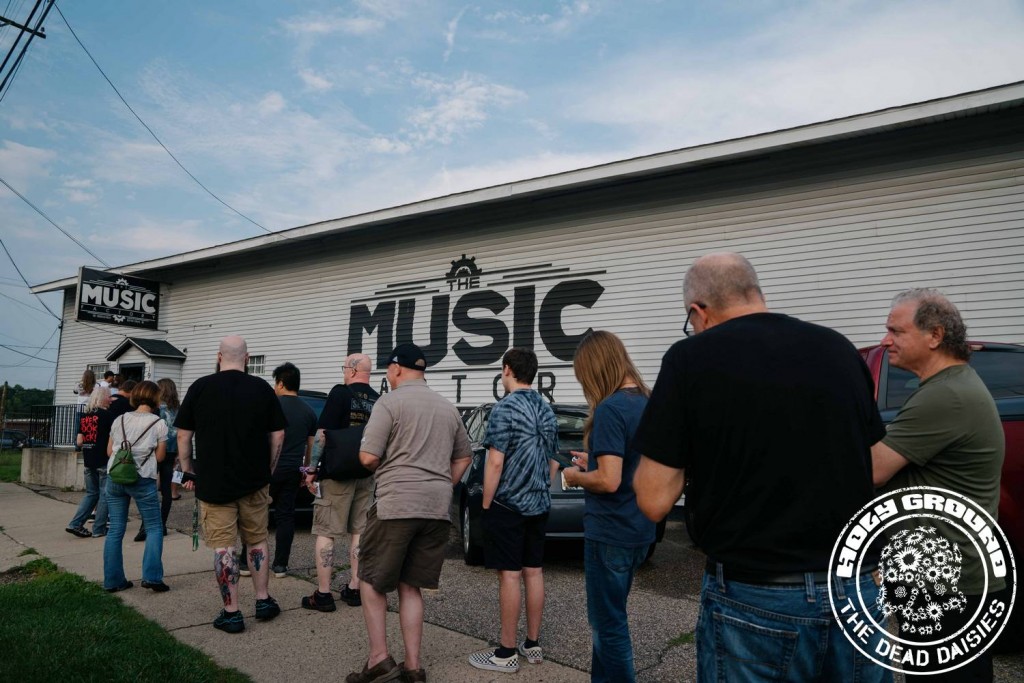 Battle Creek, Michigan was the third last show of the tour, a tour which so far has proved to be an amazing success, with sold out shows and the introduction to the world of the new line-up fronted by Glenn Huhes. Before heading to the gig, there was a soccer game going on in England that both Glenn and Doug were eager to see, the semi-final of the Euro Championships between England and Denmark. After extra time, England won 2-1, much to the delight of Glenn, although a storm hit the Kalamazoo area and cut the power before the end of the game so they had to watch the rest of the match on their phones! The band played in Battle Creek at a Harley Davidson show a few years back, so this would be their first time back. After the 30 minute drive to the venue, the band did their soundcheck at the Music Factory, then prepared for the show. Once the set list was agreed and the stage was set, the band cranked up the guitars, kicking off with the current set opener ‘Unspoken’ to another packed out crowd who were delighted to see the return of great live music! After a set filled with guitar driven numbers like ‘Bustle and Flow’, ‘Righteous Days’ and ‘Like No Other’ the band left the stage to a rapturous cheer from the audience. Outside, fans had gathered to catch the band for an autograph before they boarded the bus back to the hotel. Next up is a day off in Kalamazoo on, then the last two shows of this tour in Angola and Harrison.