WE ARE A TRAVELING BAND: ROCKING TO ROCKFORD

Being a living, breathing rock band means traveling… and a lot of it. It has to be done to bring the music to you guys. Since the ‘Make Some Noise’ tour started in mid-July, the Daisies have seen their fair share of planes, buses, cars and vans. At some point there might even be be speed boats, tricycles and jetpacks involved… But it doesn’t matter, the show has to – and surely will – go on.

Here’s a little gallery of the guys traveling to Rockford, IL. In fast forward, the journey looks like this: Get to airport (where David explains some aviation history to Marco), get onboard of Daisies (where John likes the snacks), land, get to trucks and bus (where Brian needs to sort gig clothes), set-up in loading dock of venue (where Hayden has a good time taking care of Doug’s Goldtop). Once settled in, Doug takes a walk through the venue with guitar in tow, while Marco has a look around and even meets Abraham Lincoln, kind of. Then it’s time to prepare for the show… and off they go! Once again, the KISS fans love the Daisies, and the Daisies love the KISS fans. The band give it their all, David and Doug throw some great poses, and a great night of Rock’n’Roll is had by all. It’s safe to say that the new songs off ‘Make Some Noise’ have settled in the set nicely and go down a storm!

Later in the evening, when Illinois native and Cheap Trick legend Rick Nielsen joins KISS on stage for a thunderous rendition of ‘Rock And Roll All Nite’, he uses Doug’s rig. And then it’s off to the bus again. The next city is waiting. And we wouldn’t have it any other way! 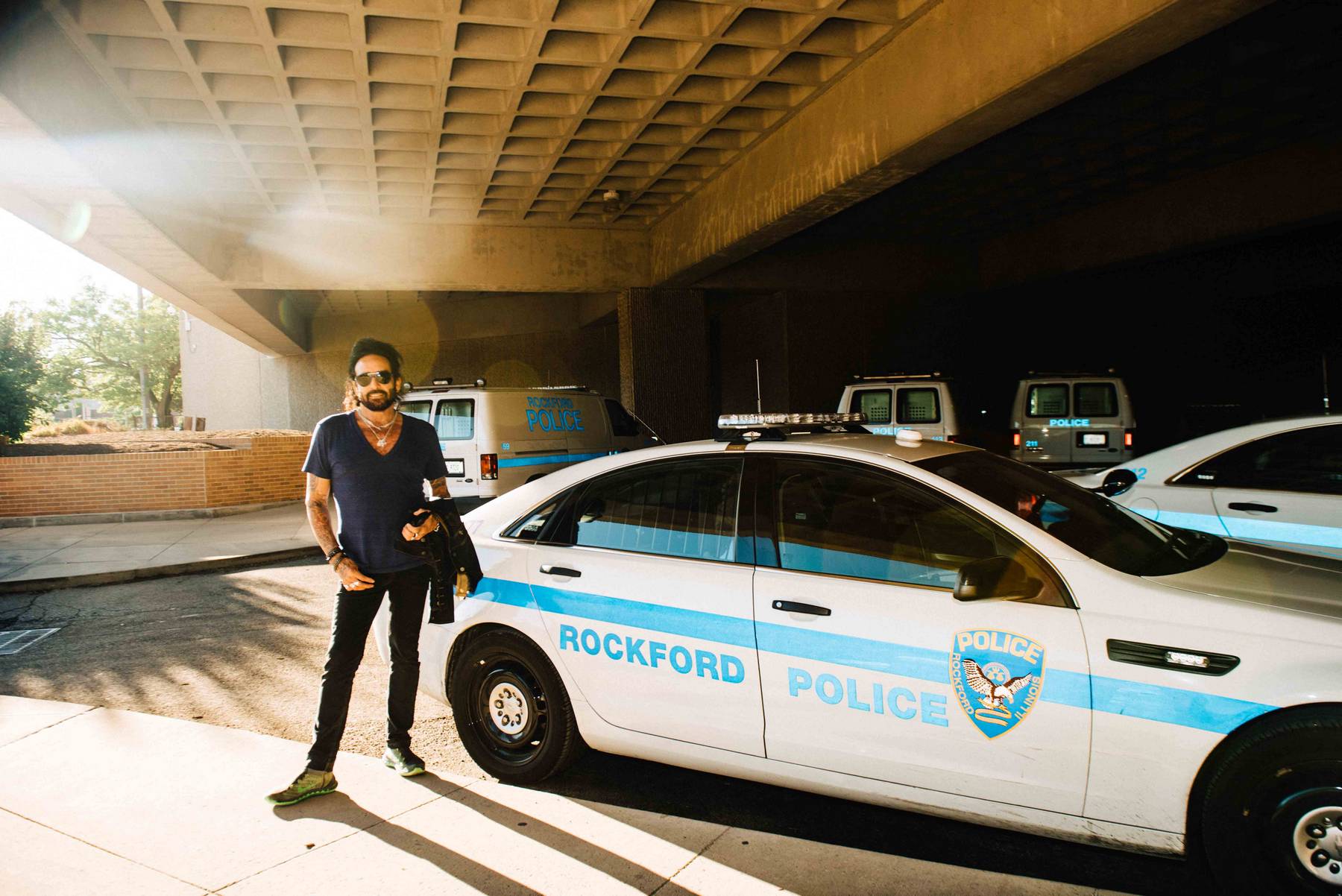 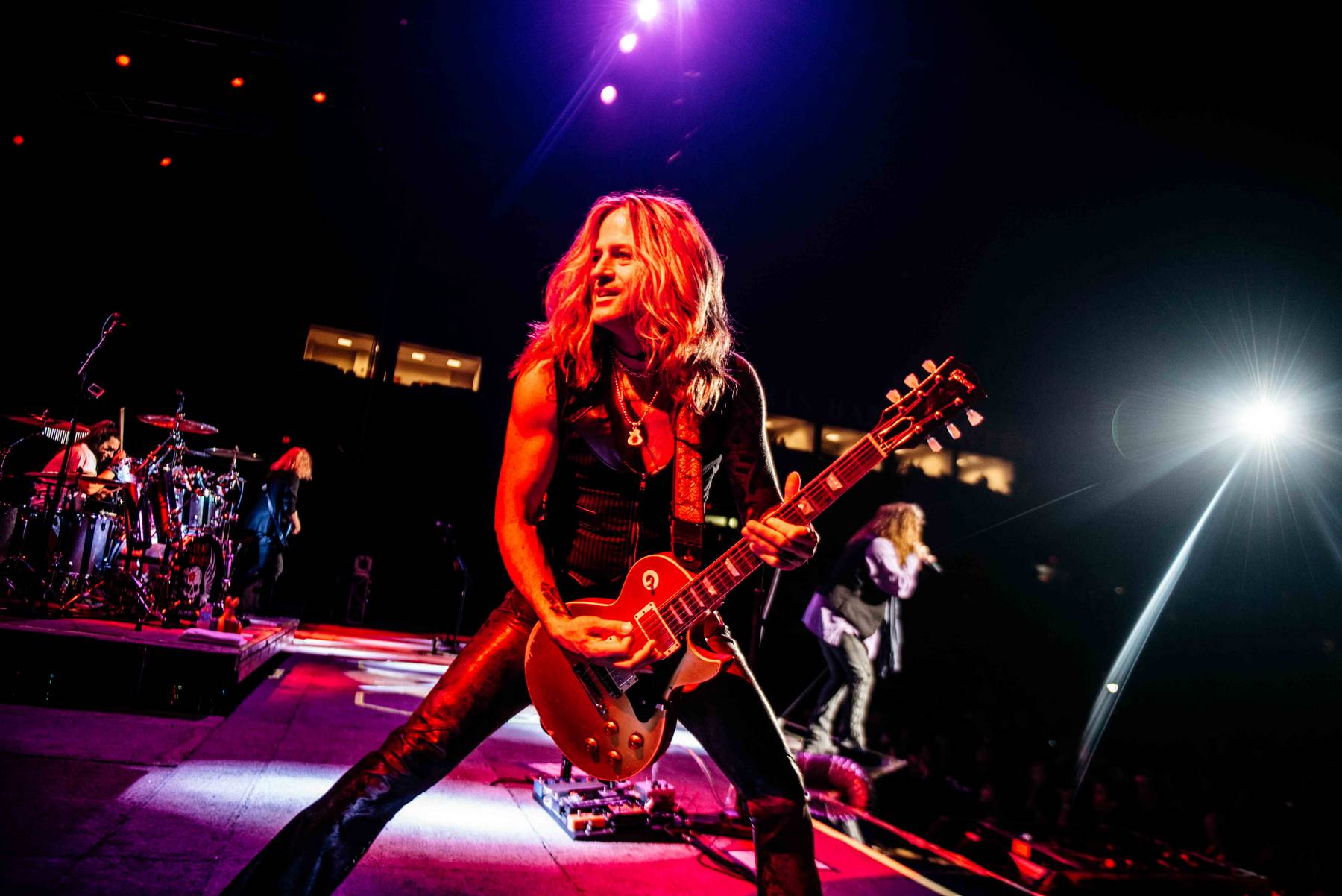 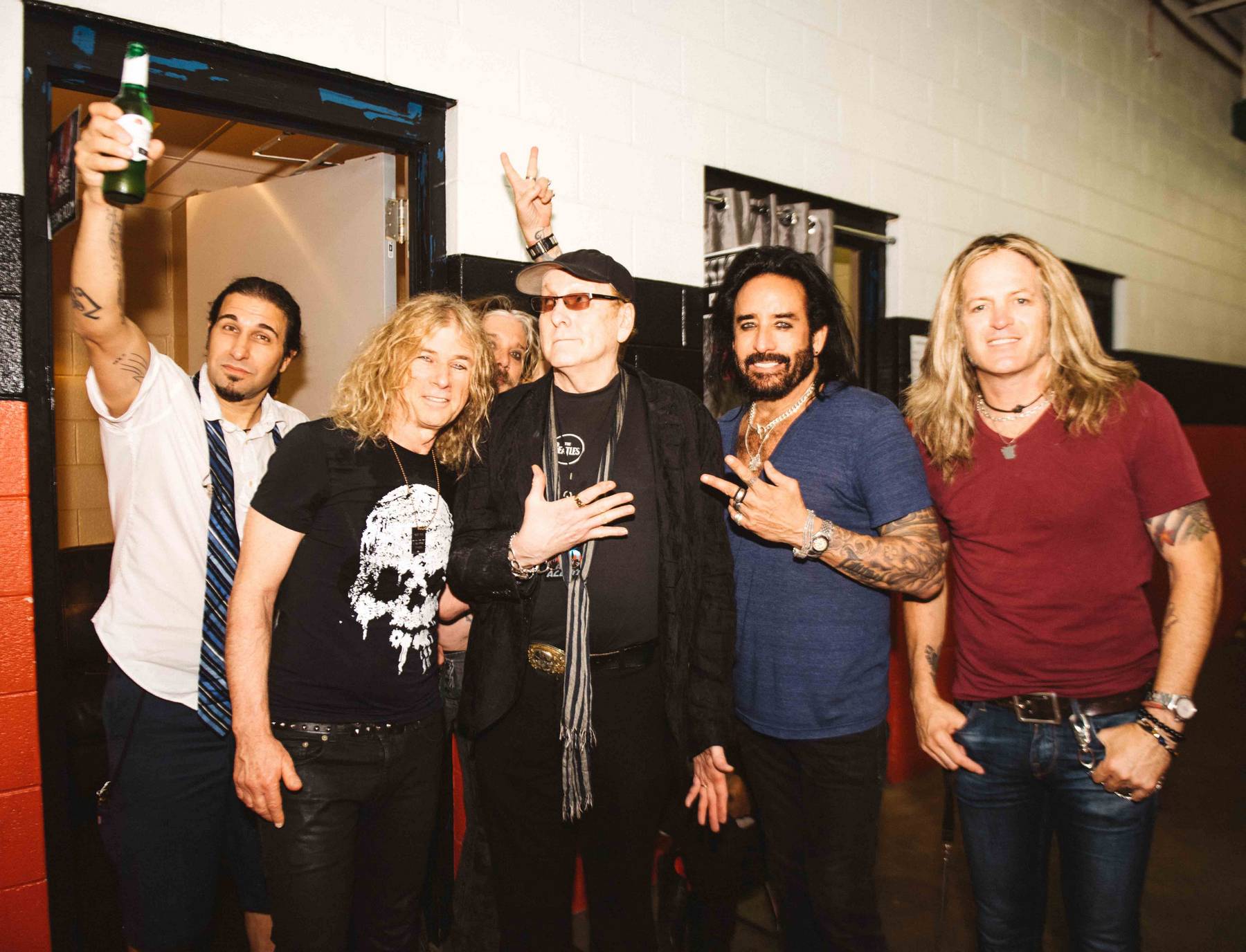 Share on FacebookTweet
DekiWE ARE A TRAVELING BAND: ROCKING TO ROCKFORD08.22.2016