An Unforgettable Night With The Mighty Judas Priest in Frankfurt, Germany 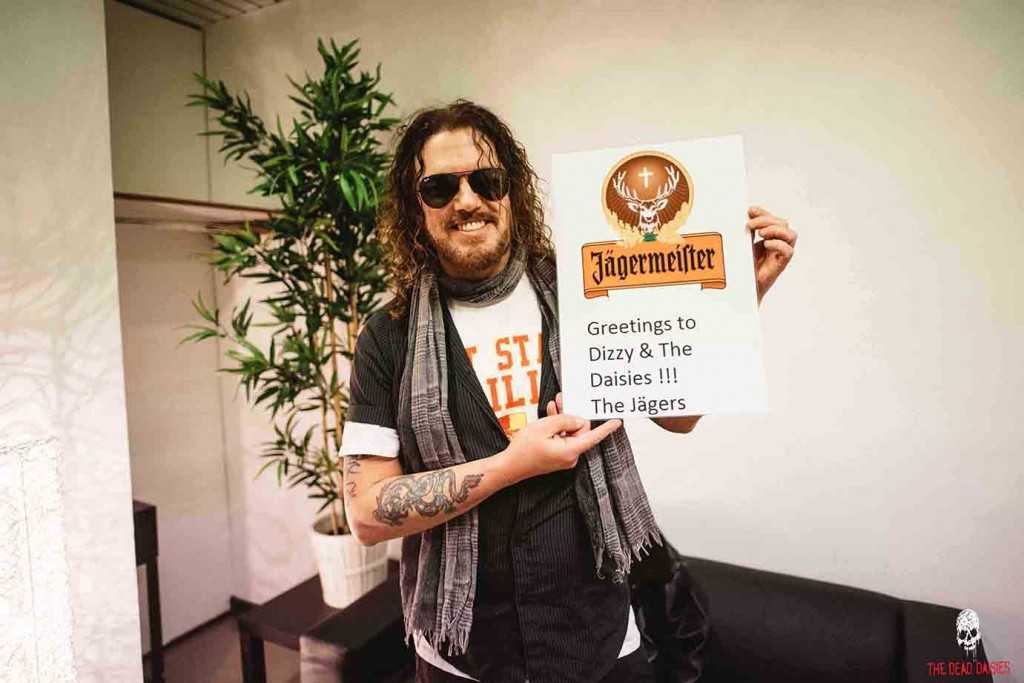 As the European tour reaches the half way point, The Dead Daisies made a temporary detour from the Whitesnake tour convoy on Wednesday
to make their first appearance in Frankfurt. Not only their first show in this German city, but a first and only spot on the current Judas Priest tour
that is making its way across Europe. 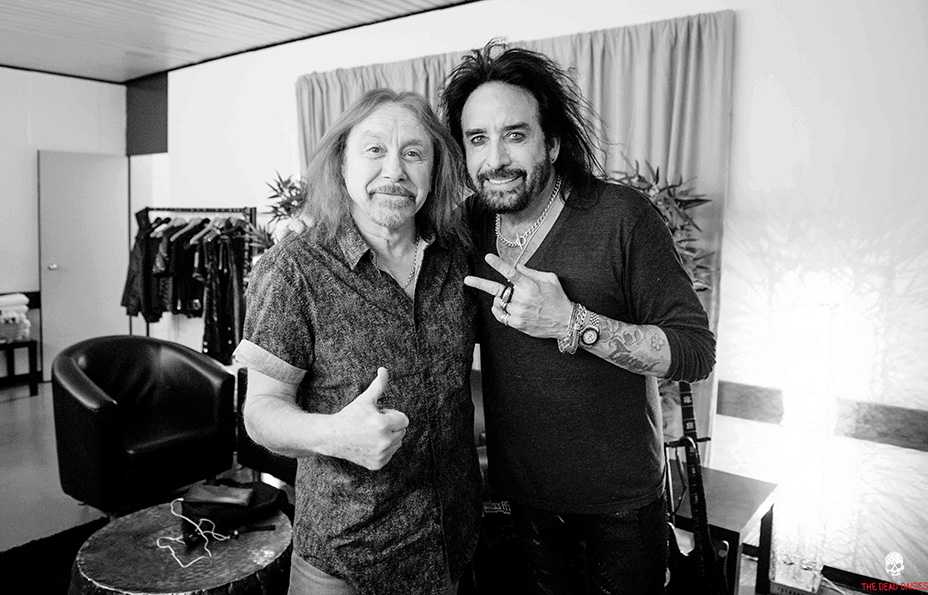 A slightly different crowd opposed to those lovers of the bluesy Whitesnake sound, but never the less, the heavy metal hordes embraced
The Dead Daisies, which was evident by the very busy signing session by the band after their show.

The performance itself went off like clockwork, with both band and top sound man Tommy prepared and ready for any changes due to stepping
on temporarily to another tour. John Corabi led the band through a staple and solid set including all the top tracks from current album ‘Revolución’
with the occasional ‘older’ Daisies song being added to the mix. As with any kind of rock crowd, the classics like ‘Midnight Moses’ and ‘Helter Skelter’
did not fail to register a massive cheer. 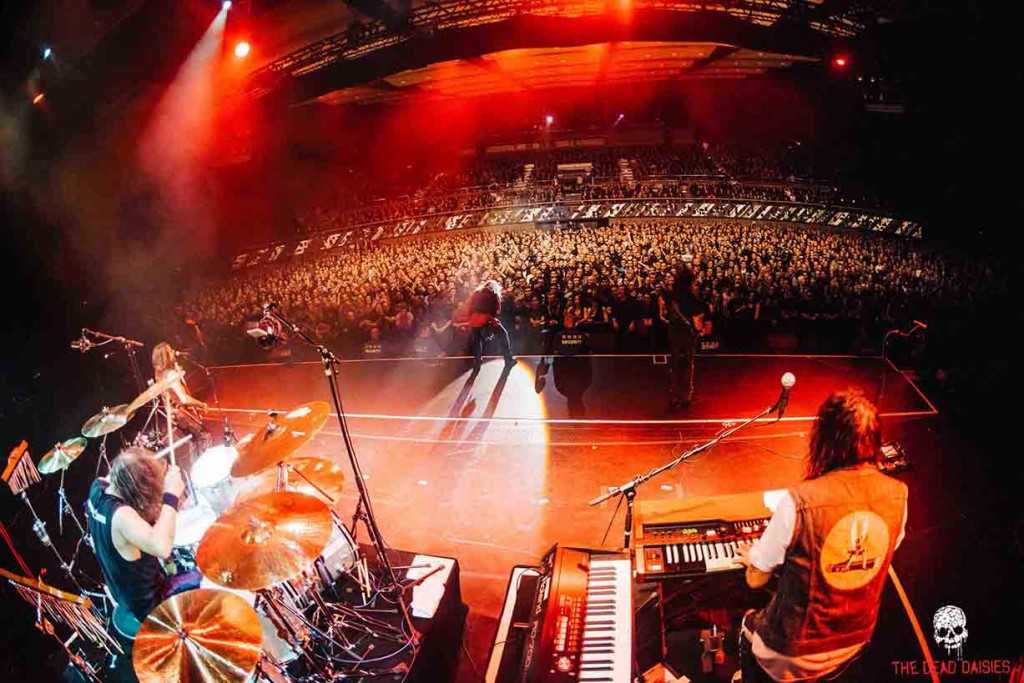 Job done. Another great night for the band and now time to rejoin David Coverdale and co for the remaining half of the Whitesnake tour.