We are delighted to announce our latest tour, hitting UK shores this December. The band will be playing a series of dates around England, Scotland and Ireland in support of the new album ‘Radiance’. Planet Rock announced the dates today which will take place in Academy Group venues kicking off in Nottingham Rock City! This will be the first dates in Scotland and Ireland since 2018 and the first with the current line-up including David Lowy, Glenn Hughes, Doug Aldrich and the returning Brian Tichy. 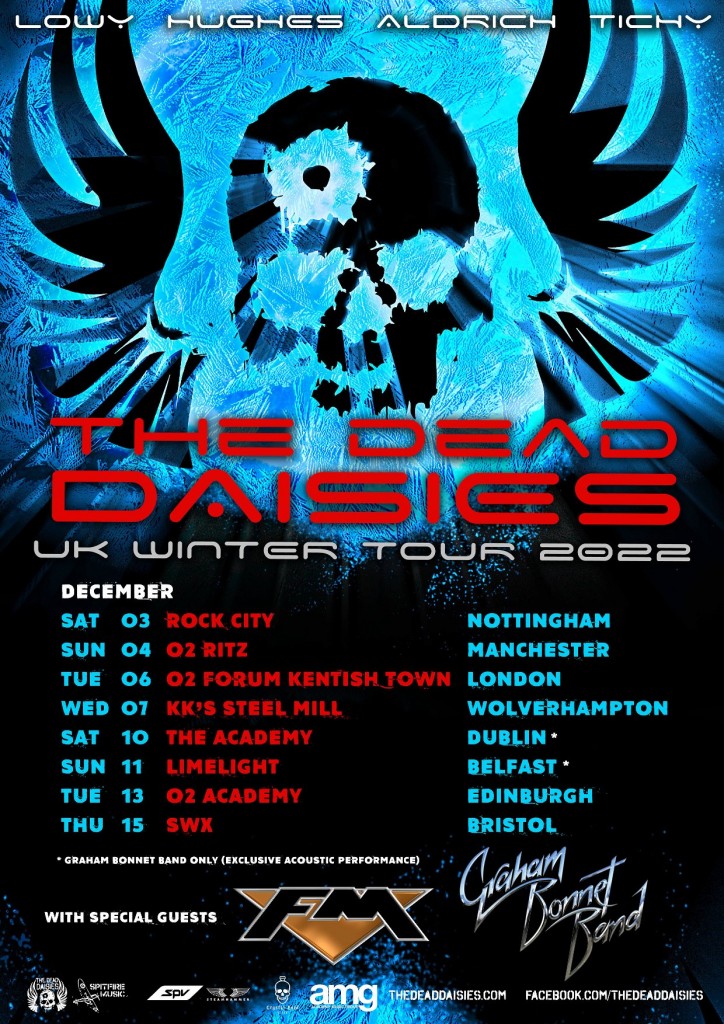 You can book tickets now at this link: https://thedeaddaisies.com/uk-winter-tour-2022/
Share on FacebookTweet
DekiUK TICKETS ON SALE09.21.2022