How many bands can say, “Those guys met, fell in love and married each other because of us!”. Well we can and we would like to give a WARM CONGRATULATIONS to Dave Cunningham and his new fiancé Emma Babbington.

Dave popped the question at the end of The Daisies set at Download on Sunday, but that’s not the only connection to the band. The pair met on Twitter and began communicating to each other about rock bands. “We met last July after tweeting about rock music and the first band I recommended to her was The Dead Daisies and she loved them. We think of them as the band that got us together” said Dave.

The Dead Daisies gave their personal congratulations to the couple after their set at Download Festival. Dave continued, “I thought it was very appropriate to watch them at download and pop the question after the set. She said yes immediately and burst into tears. An amazing moment made even better by meeting the band later in the day and receiving congratulations from the guys. Perfect!” 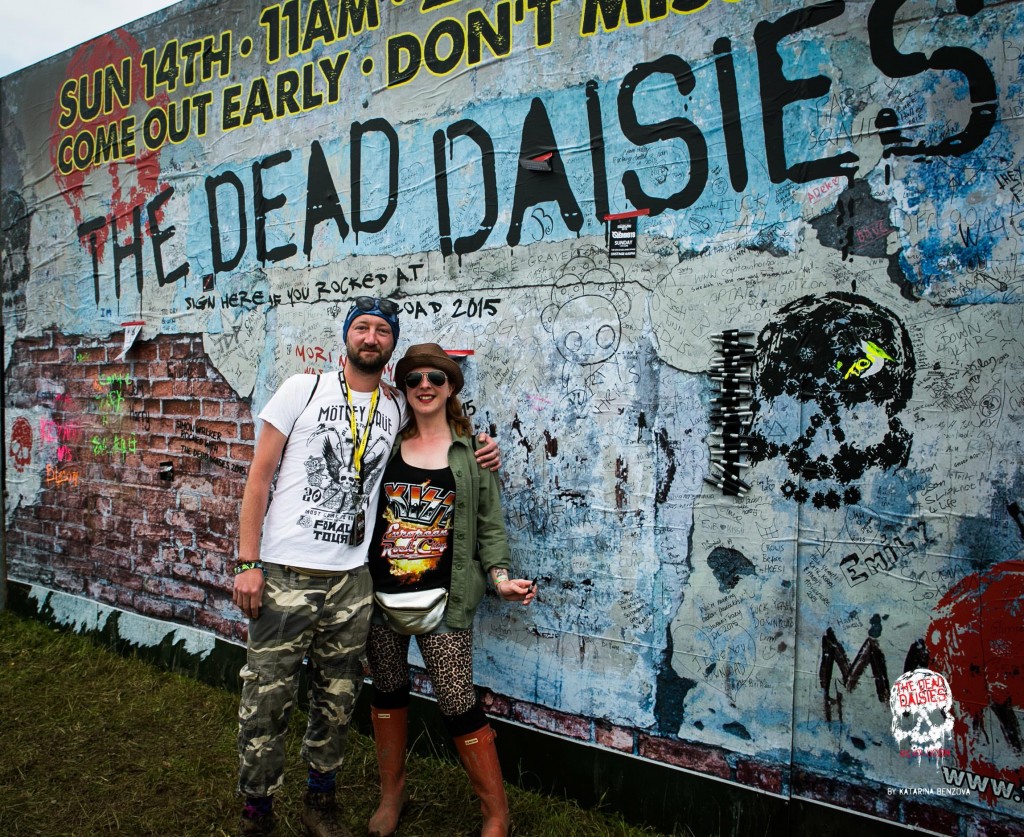 Share on FacebookTweet
DekiTwo Daisies fans meet and get engaged!!!06.16.2015