TURNING UP THE HEAT AT THE FORGE 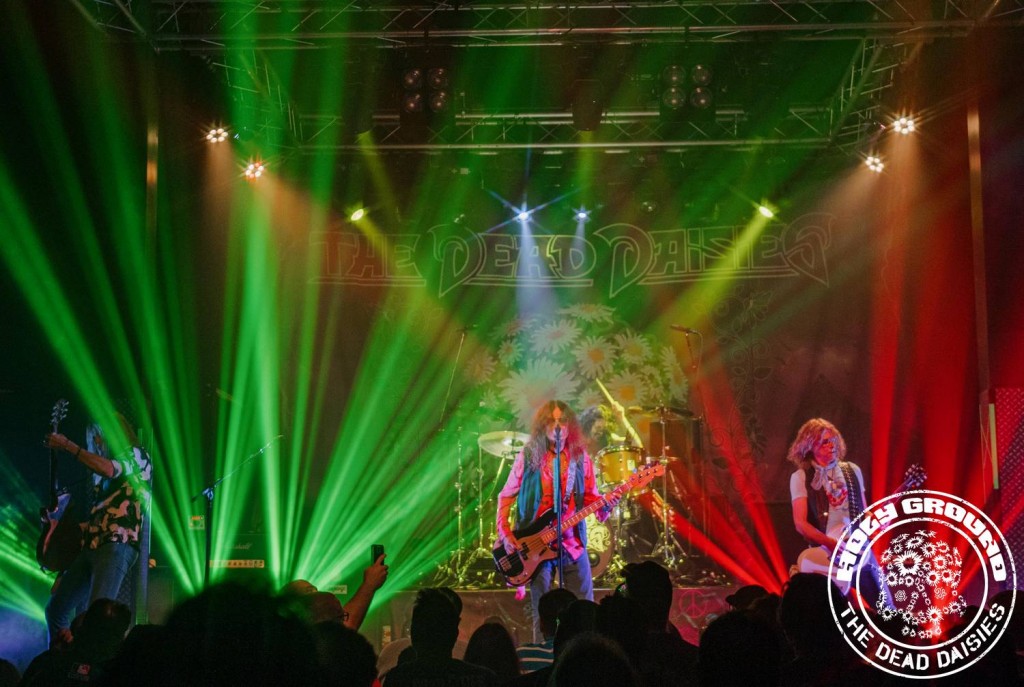 Arriving in Joliet, Illinois for show number two, you could sense a very strong feeling of patriotism and emotion in the air with today being the 20th anniversary of 9/11. The show in the Forge, which is a relatively new venue, opened in 2017 and the band played there in 2018. It had another busy and excited crowd waiting in anticipation to see the band, for some, it would be the first time seeing the Daisies with the current line-up. Once the lights went down and the backdrop burst into action with the intro music, you could feel the tension until the opening chords of ‘Unspoken’ exploded into a purple sea of lights and the band were off. Songs in this latest set include old favourites like ‘Lock N’ Load’, ‘Mexico’ and ‘Midnight Moses’ which had a new yet familiar feel and sound to them. The band owned the stage tonight and with every show this can only get bigger, bolder and stronger. The venue owner said it was the best show he had seen in 30 years. You don’t want to miss this show!

Share on FacebookTweet
DekiTURNING UP THE HEAT AT THE FORGE09.12.2021