I think not much is happening on my first day in Houston, the tour is nearing its end and so is my assumption that this day will be lackluster. I write in bed, drink three cups of coffee and forget to eat. Later I am to meet two contest winners from Alice Cooper’s radio show: Brian and Diane a couple from Springfield, Missouri.

I take Brian and Diane to the end-of-tour BBQ in a hotel parking lot. The tour buses form a makeshift enclosure and all the roadies and musos hang in the humid Texas air. We are in the Woodlands, about 35 minutes from the township of Houston; if you’ve seen the film Pleasantville it’s reminiscent of The Woodlands. It’s affluent with European cars and perfect looking families – a great place to infiltrate hundreds of rock and roll crew. If I were lame enough to use emoticons, I’d put the winky one right here. 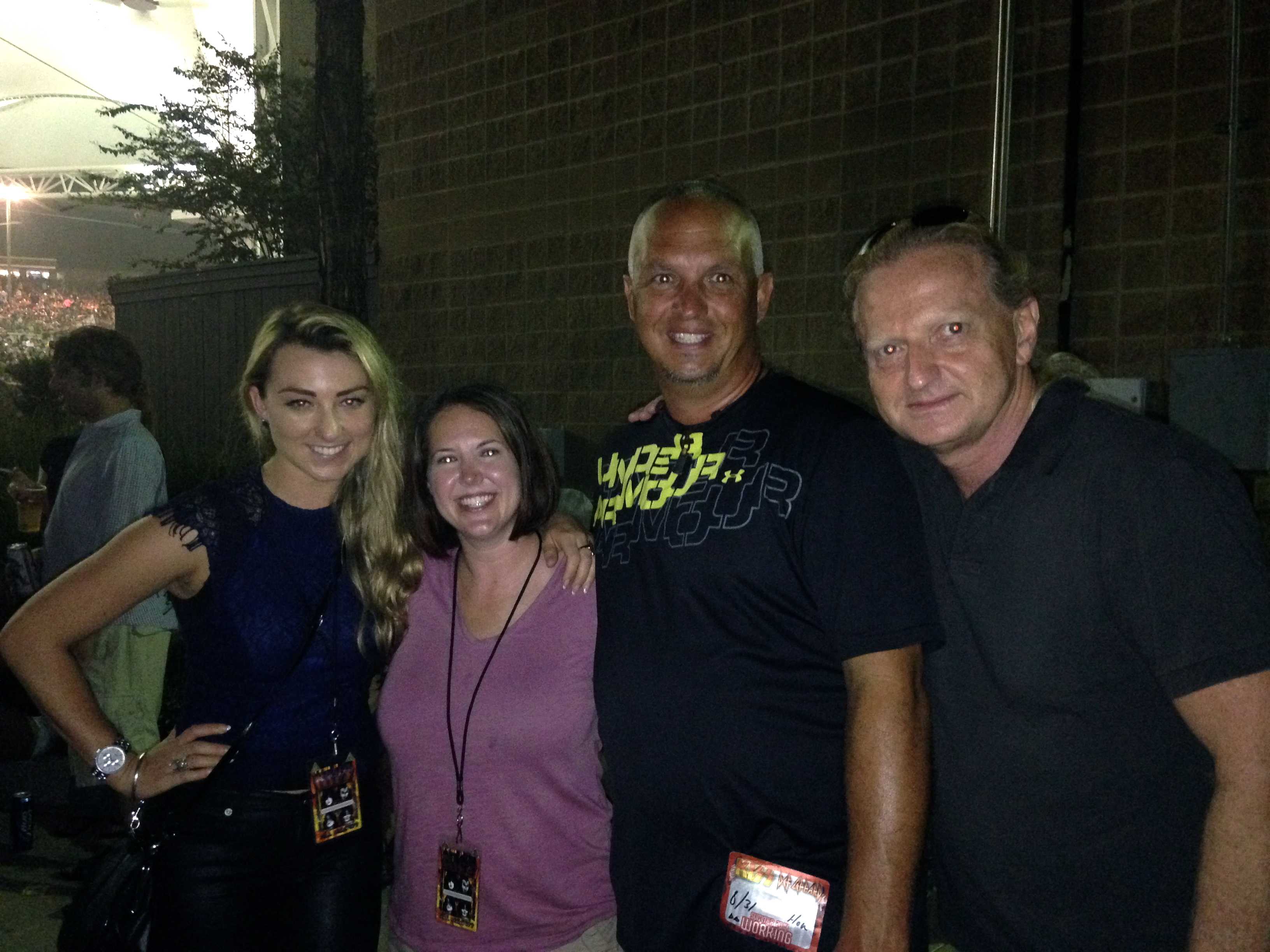 The stuffed horse from Dallas makes an appearance at the BBQ. It’s been doing the rounds and has been gyrated and abused by 98% of the tour. I make the executive decision to re-house ‘Horsie’; he’s damaged goods and will fit-in better one of the tour buses. Horsie’s back-story is hard to explain to two people I’ve never met before, and I don’t even try to.

Back at the hotel bar everything changes for a day of which I had ‘no expectations’. I bump in to Tommy Thayer, he tells me he has seen me around and we chat about life and his upcoming tour in Vegas. He is smooth as hell, everything about him is big: hair, teeth, personality and height. A real ladies man, which has to be part of the KISS DNA. 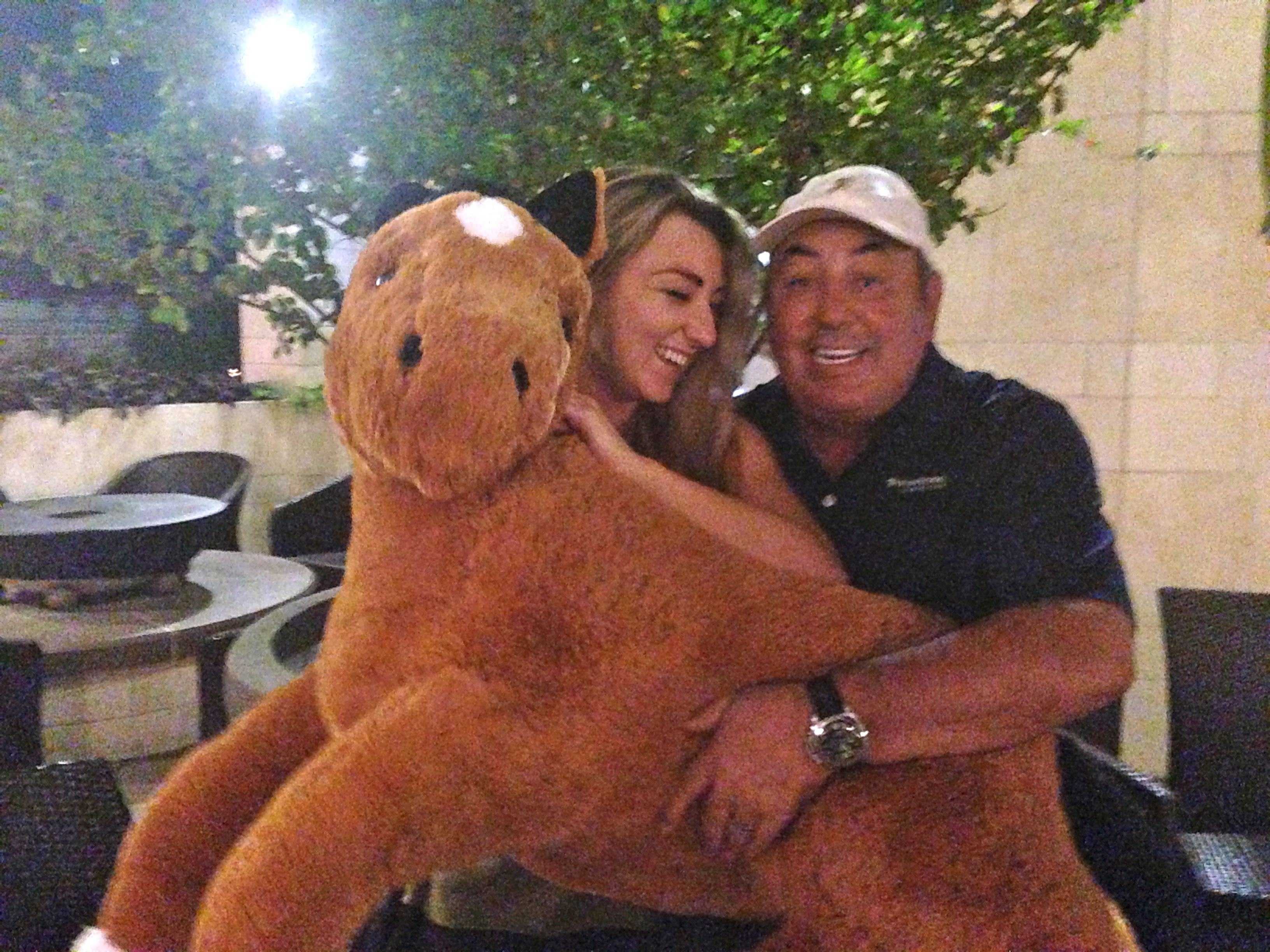 This night only gets better when I’m introduced to Doc McGee. As soon as his voice – a hybrid of Rocky and Tony Soprano – starts, everyone stops.  I am so crippled with laughter that my cheeks hurt and my eyes water. He is liquored-up and says way too much. He talks of working with Guns and Roses, Diana Ross – whom he calls a ‘C U Next Tuesday’, and Isaac Hayes. He is in the process of publishing an autobiography; Richard seems to think, “no one would believe its content”.

Doc pays for everyone’s dinner and the waitress asks him what he does for a living, a “freelance Gynecologist” he responds. I surmise this has something to do with him working for Diana Ross. 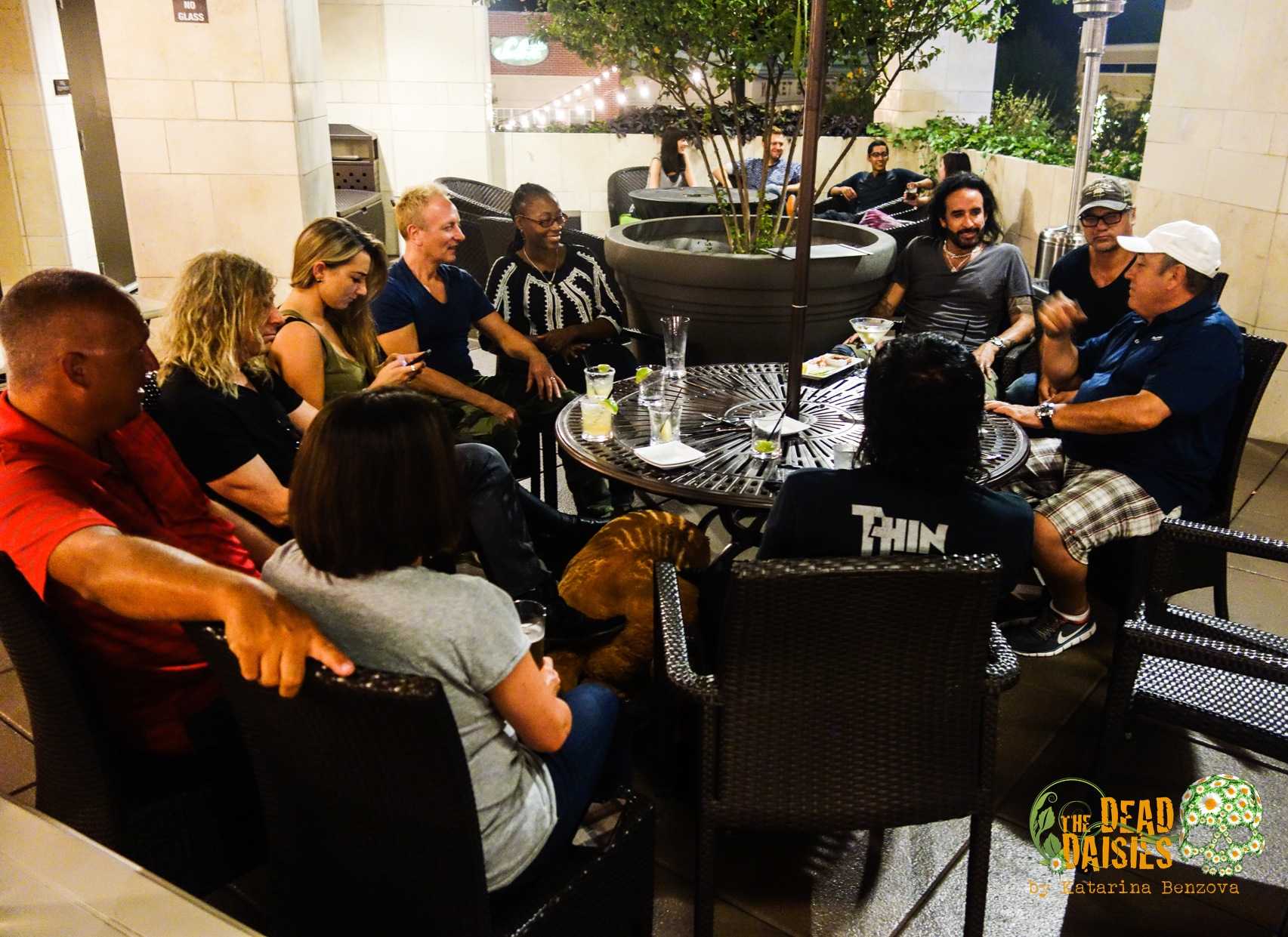 Backstage at the last show and my last day, I console Motley who is flat and ready for a break – just like 99% of those involved in the tour towards its end. Motley is from Brisbane and works in lighting on the tour. Two days ago he seemed happy to meet me, but now he feels apathy at life in general. This is a pretty common emotion floating around right now. His apathy shifts into over-drive when he tells me about two truck drivers that have been spared on this tour. One had a heart attack and died in a car park, the other rolled a lighting truck in New York, just managing to escape the grasp of the Grim Reaper; Motley feels inconvenienced by this accident, having only a few hours to re-build the lighting structures before that nights show.

There’s no time for death nor sympathy in show business.

The Dead Daisies open the Houston show with “It’s Gonna Take Time”. Their full-force energy catches the audience off-guard, persuading them to switch their focus from their phones in their hands, to their phones in the air. Jeremy – a friend of Jons from Dallas nudges me

“KISS should be opening for them.”

I can tell that Jeremy and I are going to be mates, he shares the same enthusiasm for music as I do, even when we are near deafened by the sound of Jon’s raspy pipes we still try to communicate with one-another about how “awesome this is.” 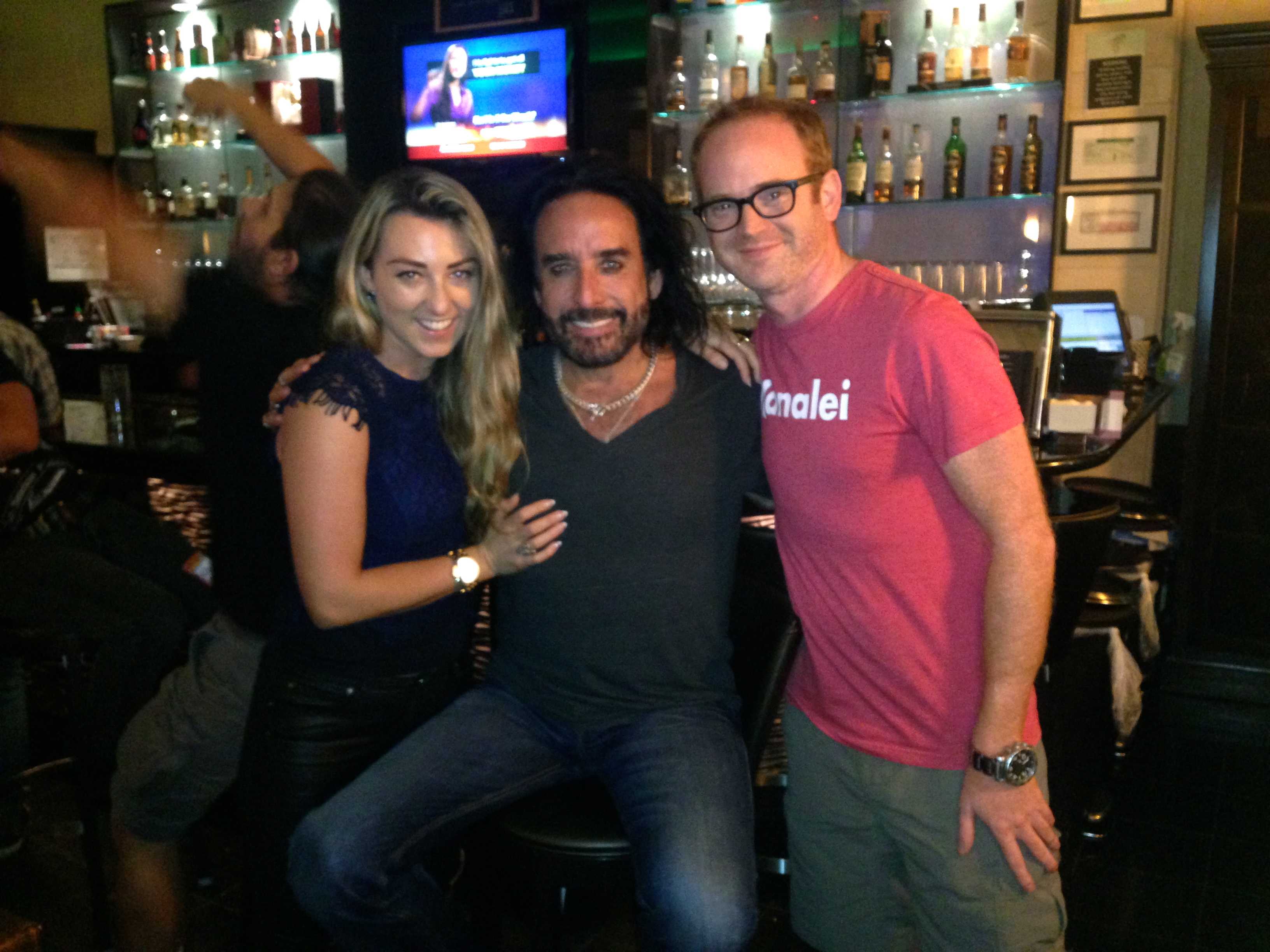 The crowd’s interest switches from ambivalence to adoration in the first few minutes. The comradery and playfulness between The Dead Daisies keeps the same momentum from the dressing room to the stage, this convinces the crowd of their staying power, and I feel proud.

The high from the last show is made more surreal with Tichy covered in silver glitter from a drone that showers glitter over him at the end of the set. It’s now dusk and The Dead Daisies’ drummer signs merchandise for fans looking like a disco ball. 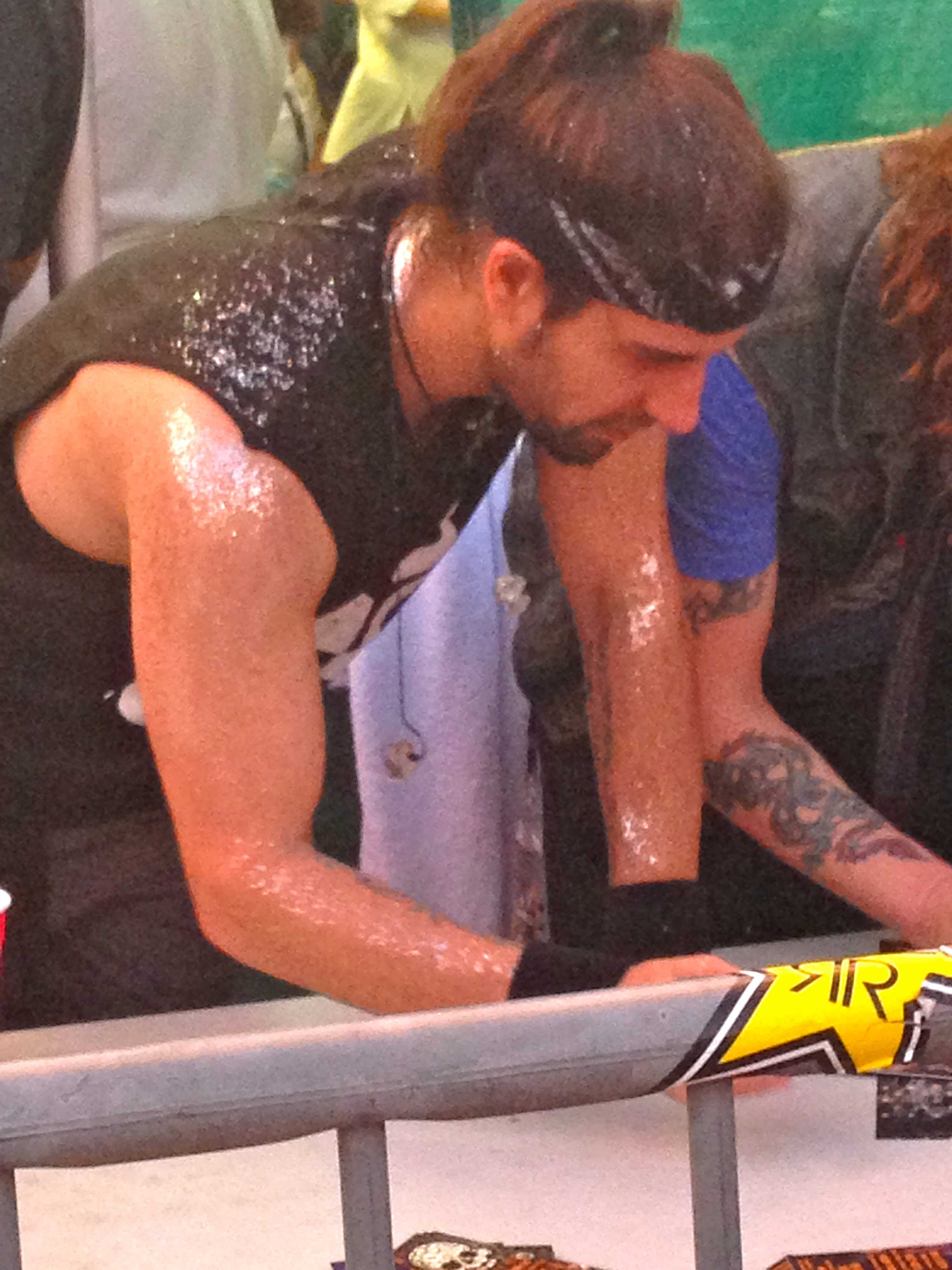 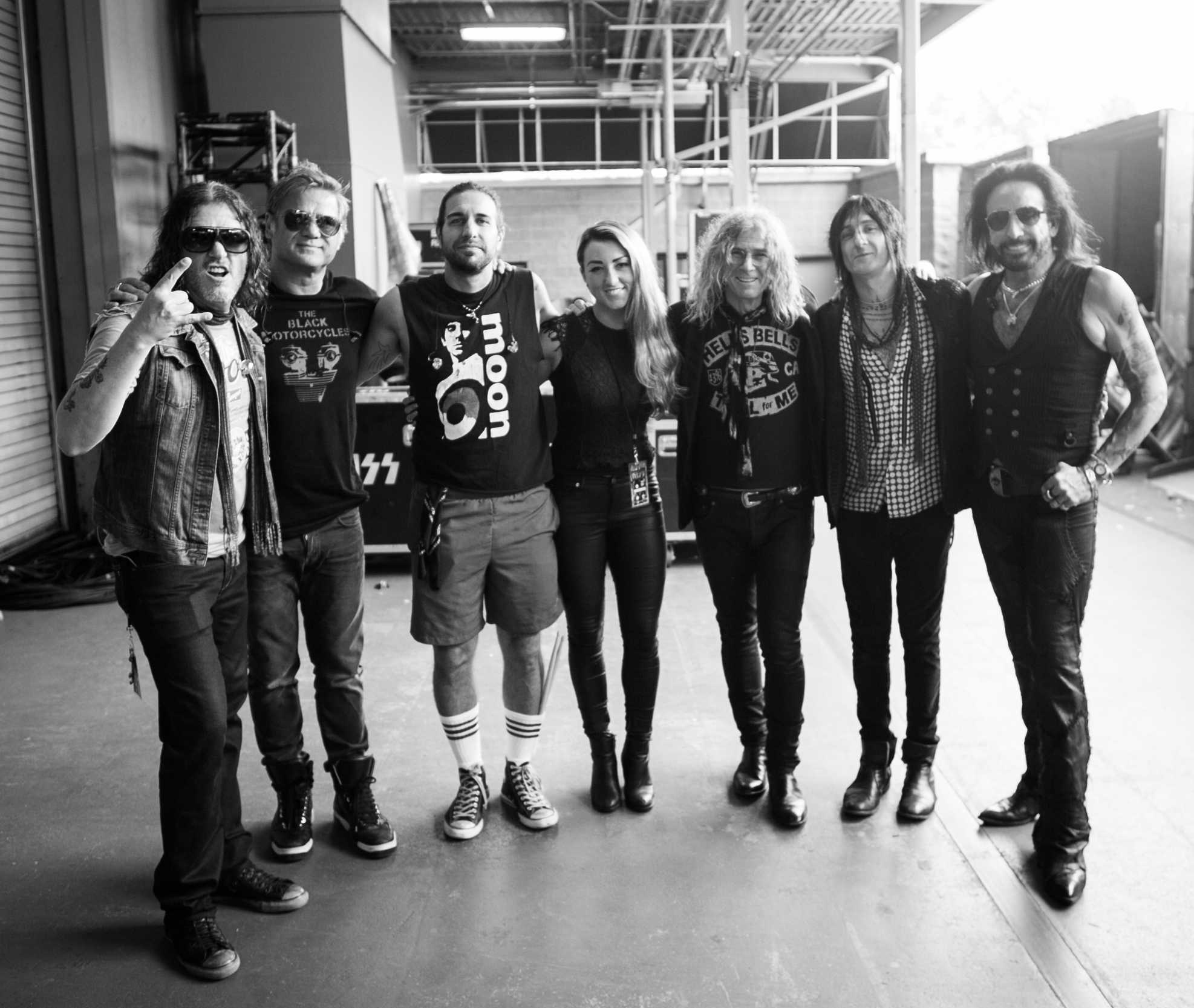 We all celebrate the finale back at the hotel bar. Def Leppard’s Manager, Mal, who has been with the band for 32 years gets himself into a scuffle, luckily KISS’s Tour Manager, Gooch, is there to save him. Gooch is a big man – Mal, however, is not. Joe Elliott is trying to enjoy a quiet drink after the show and is barraged by fans for pictures, Mal politely asks for some time-out and the fan stands over him. It gets pretty heated with lots of pushing and swearing. I fear for the worst pulling Jeremy’s chair away from a cloud of testosterone. 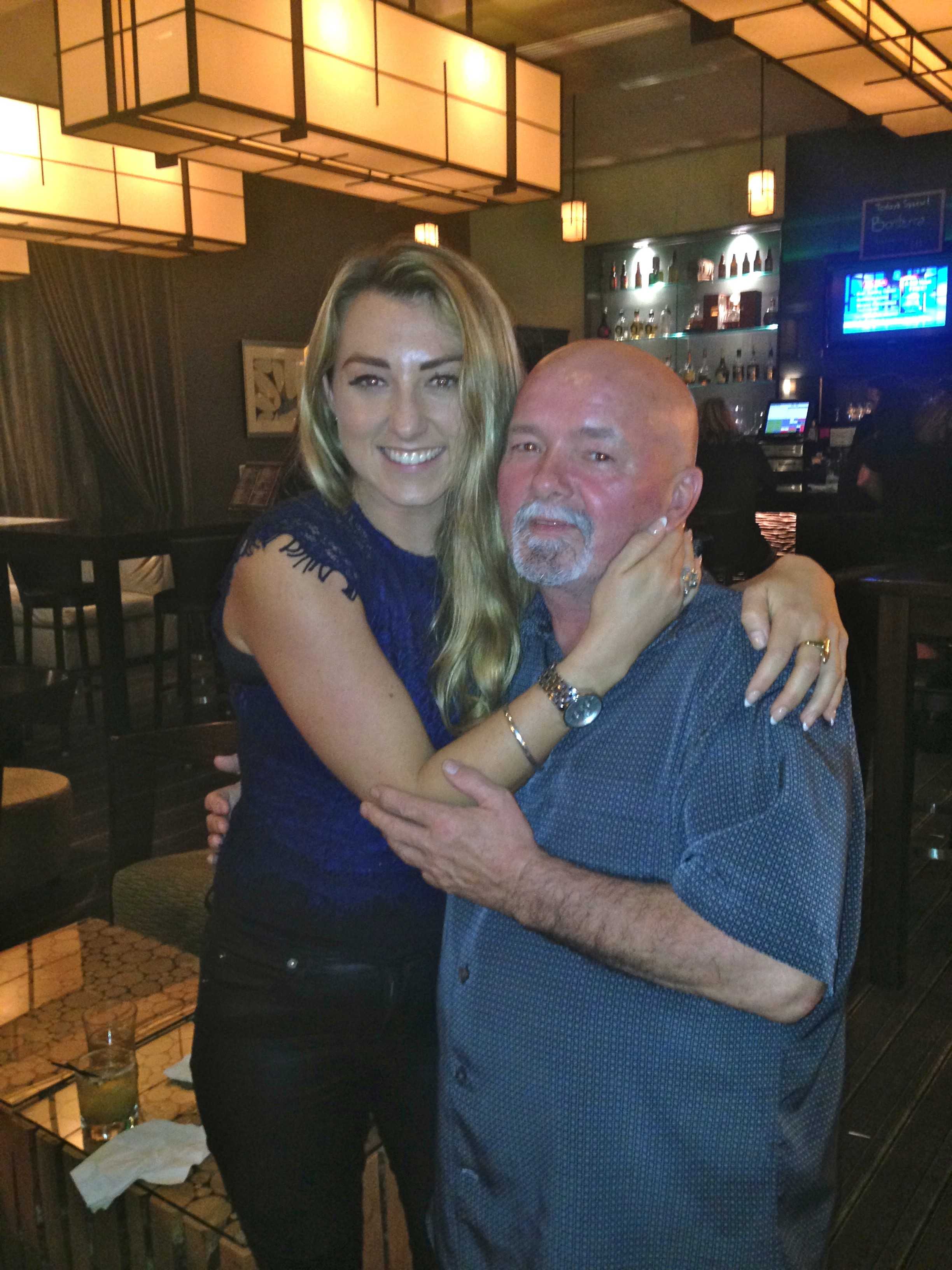 I ask Mal if he is ok and it’s clear what got to him the most: “the fucker called me short.” But he is back to his jolly self pretty quickly. I chat with him about the show, making a comparison of the music between The Dead Daisies and Def Leppard to KISS, he summed it up perfectly by recycling a quote from Doc:

“You guys have got the music and talent. To keep my guys going, we keep having to blow shit up.”

I couldn’t have put it better myself, Doc is razor sharp, of course he knows where it’s at.

We drink tequila back at Mal’s hotel room whilst Tichy plays the ukulele and some bizarre guy with an Elvis like demeanour sings along sticking his belly out. Jeremy plays his part in the band:

“ You might own the ukulele but I own the Patron,” he says, blowing into an empty Patron bottle.

Mal pulls out a pair of sunglasses and I jump up excitedly, “These are mine, I left them at the end-of-tour BBQ, I didn’t even see you there, how did you end up with them?”

“Oh, I was beginning to like them” Mal says, his Welsh accent as stubborn as his fight-or-flight response. In hindsight I should have let him go, I surmise he may have done an Elton John impression as Boston’s ‘More than a feeling’ played on in the background. 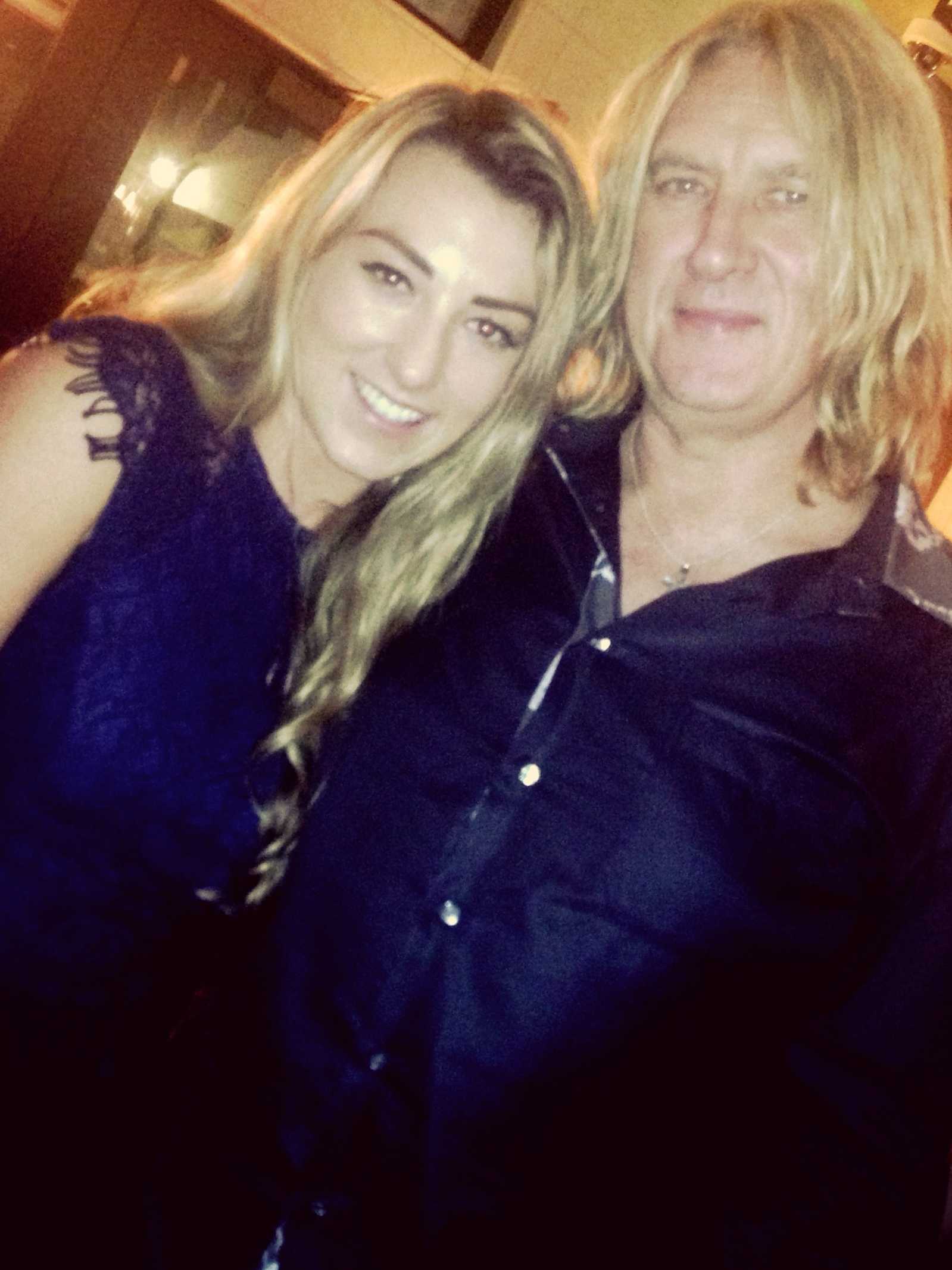 I go to bed this night completely satisfied that I’ve embraced this opportunity to the best of my ability. There were times that I was almost breathless, feeling so overwhelmed by responsibilities given to me – times that I really doubted myself throughout this day and days before it.

The next day I prepare to go home but not without a shopping trip into Houston with Jeremy. Jeremy nick-names me ‘Chocky’ because I said choc-chip instead of chocolate chip – apparently sounding like a ninja, and adhering to the Aussie stereotype of abbreviating words and speaking too fast.

This resolution is only fleeting as I seek revenge for my nick-name and call Jeremy ‘Jimmy Neutron’ because of his red hair, and Stephen Hawking like intelligence.

At Houston airport I sit down at Chili’s for something to eat. This man with a thick Texan accent strikes up a conversation with me over the menu. We banter about the upcoming ACDC album. It turns out that he was at the show in Houston and he seen The Dead Daisies. He tells me he was impressed by their sound so I give him a briefing on their back-catalogues to educate his ears.

I turn away the only burger I’ve ordered all trip because it’s covered in processed everything and not to be sacrilegious but I don’t want to go out like Bon Scott, especially not on a flight.

I pay for a burger I don’t eat and move on.

I sit at the gate waiting for my flight to LA and as the sun beams through the windows I reflect on the last six days. I put my sunglasses on and look out over the tarmac. I almost lost those sunglasses, and I figure I wouldn’t have got them back if I wasn’t covered in blood and glitter. 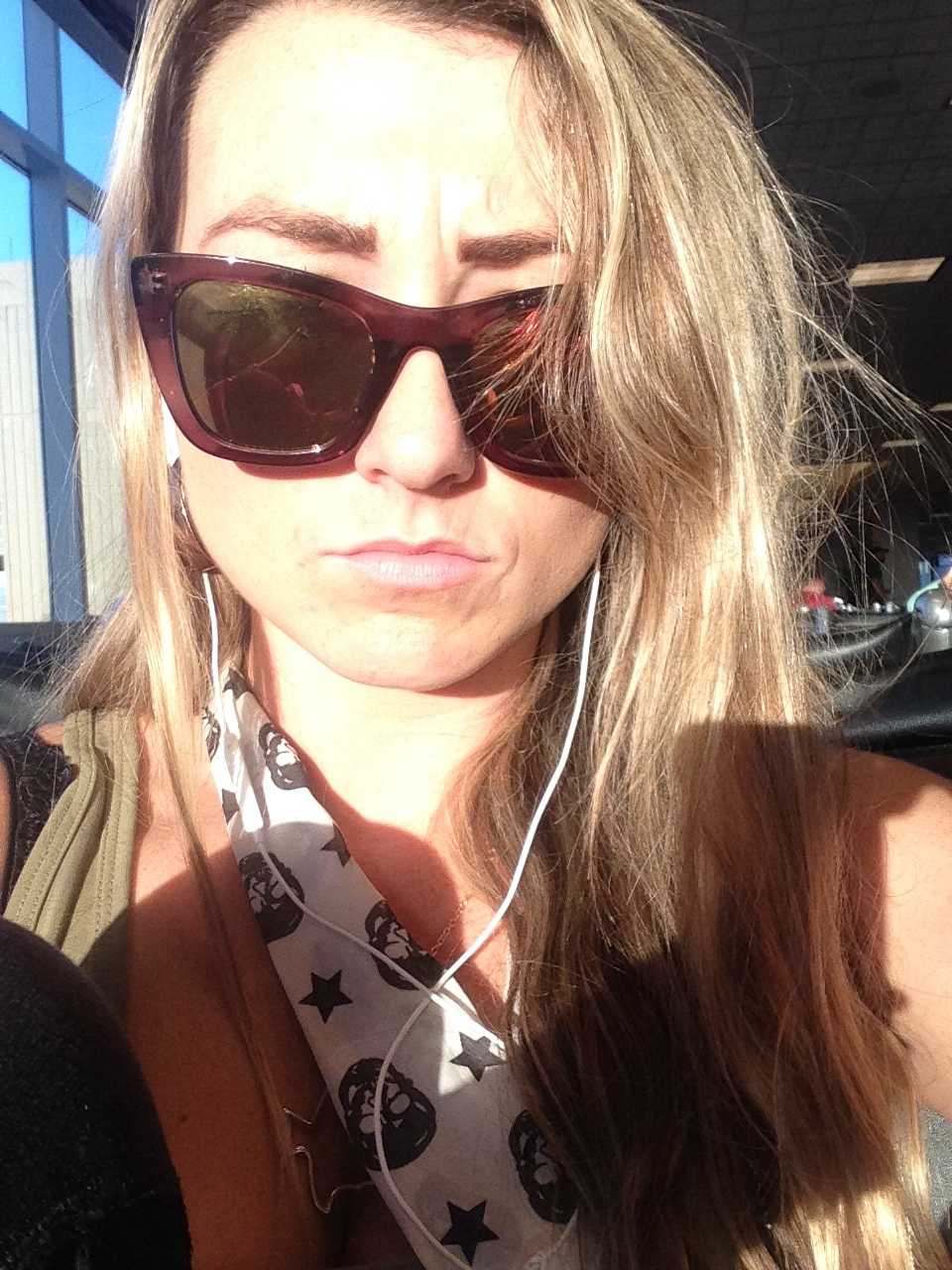