TRAVELING NOW AND ZEN TO COLUMBUS 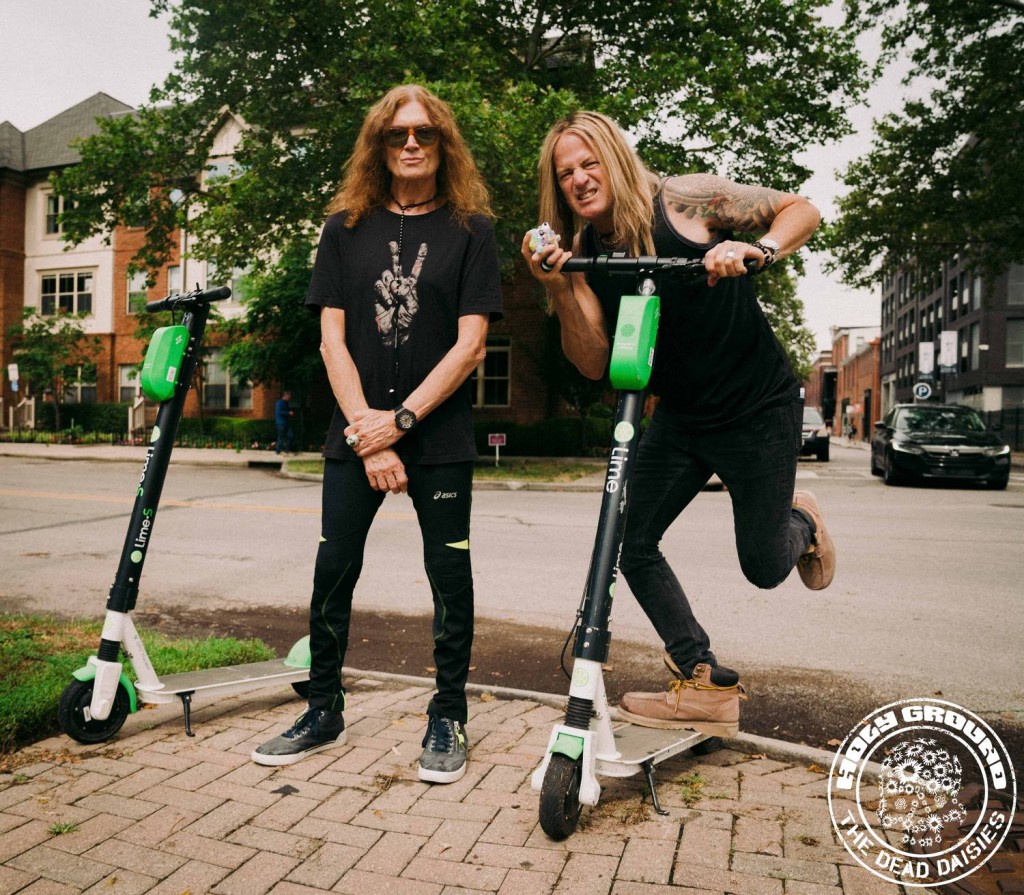 After a fully charged explosive gig in Detroit last night, the guys had managed to wind down before preparing to move on to Columbus for the next show on Friday evening. Once they arrived at the airport, Doug decided to try his hand at meditation to see if he could connect himself with the universe and put himself into a zen state to transport him to the next gig, but he was doing it all wrong, so he would just have to fly with everyone else. Columbus was bursting with sunshine on the band’s arrival, so taking advantage of the weather everyone went for a walk. Glenn and Doug wandered into an old fashioned sweet store and were immediately recognised by the owner who is heading to the show on Friday. After a stroll around the local park and taking in the scenic fountain and various monuments, shooting some videos and taking some pictures, it was time to head back to the hotel and have a quiet and relaxing night. Reaching the halfway point of the tour on Friday, The King of Clubs venue in Columbus is geared up and ready for show number 5!

Share on FacebookTweet
DekiTRAVELING NOW AND ZEN TO COLUMBUS07.02.2021