TOP OF THE TREE IN DALLAS

The band touched down in Dallas on Friday morning and immediately transferred to the AT & T Sound Lounge at 97.1 The Eagle, Dallas, one of the city most popular radio stations. In front of a studio audience they performed songs including ‘Set Me Free’ and answered questions on air. 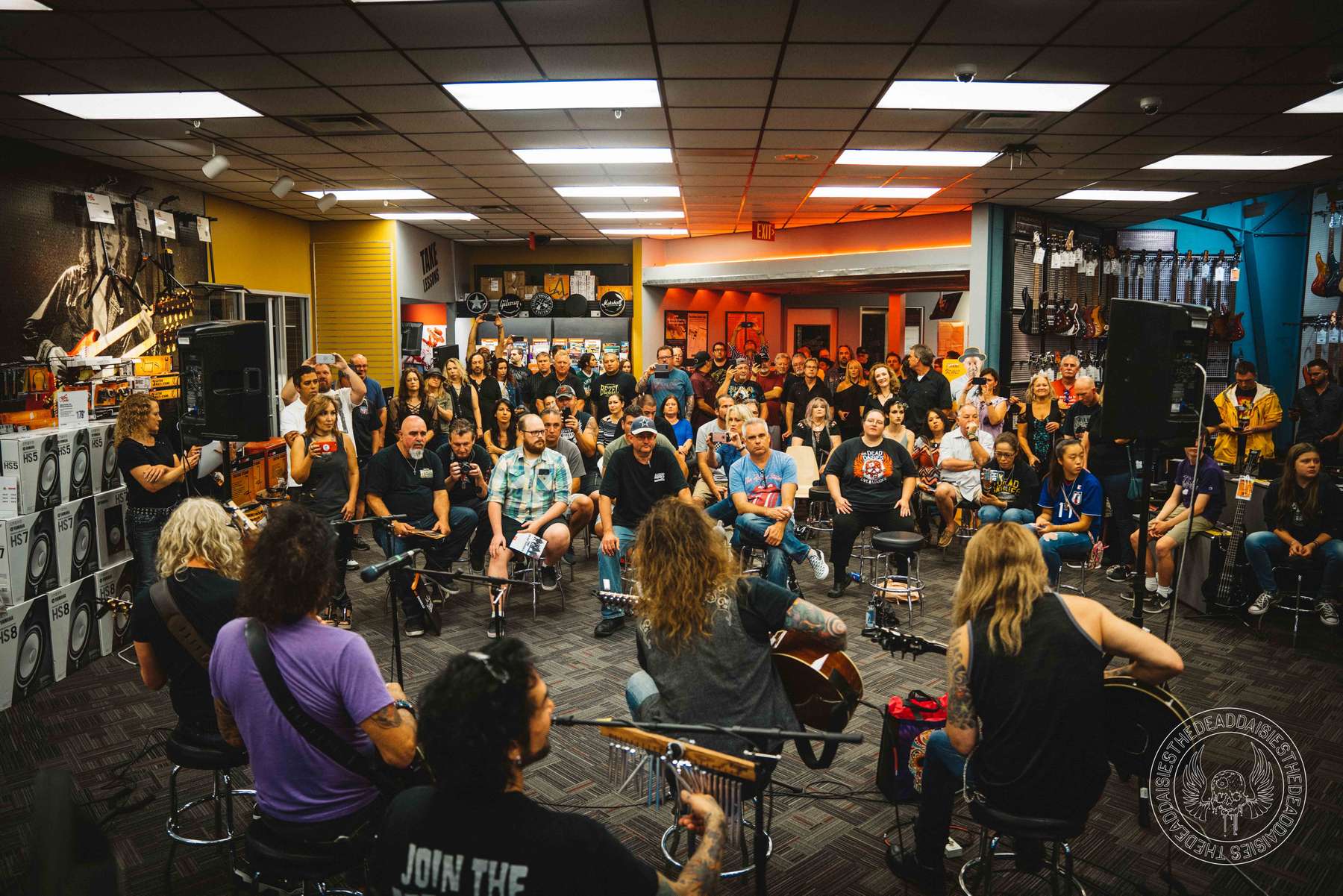 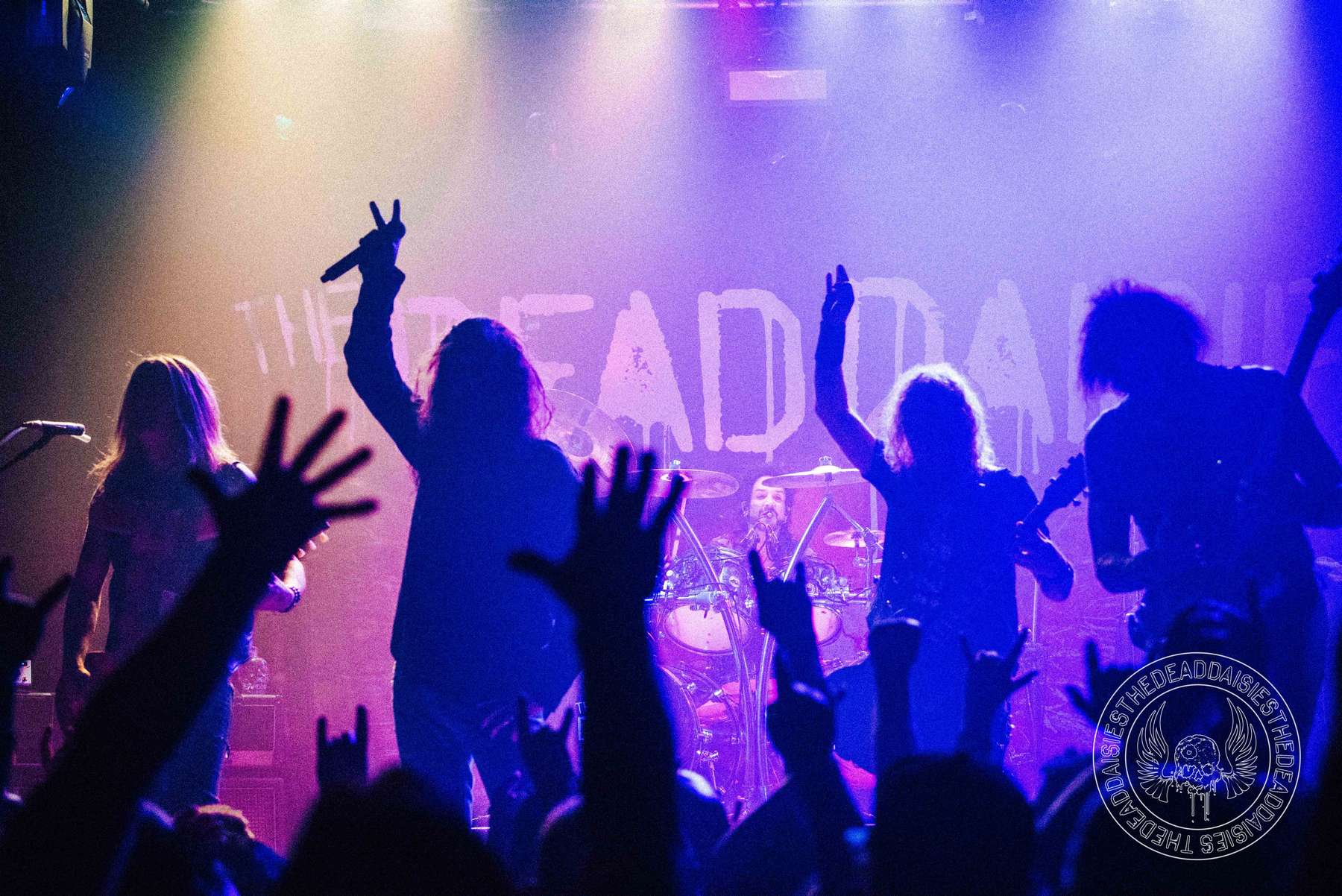 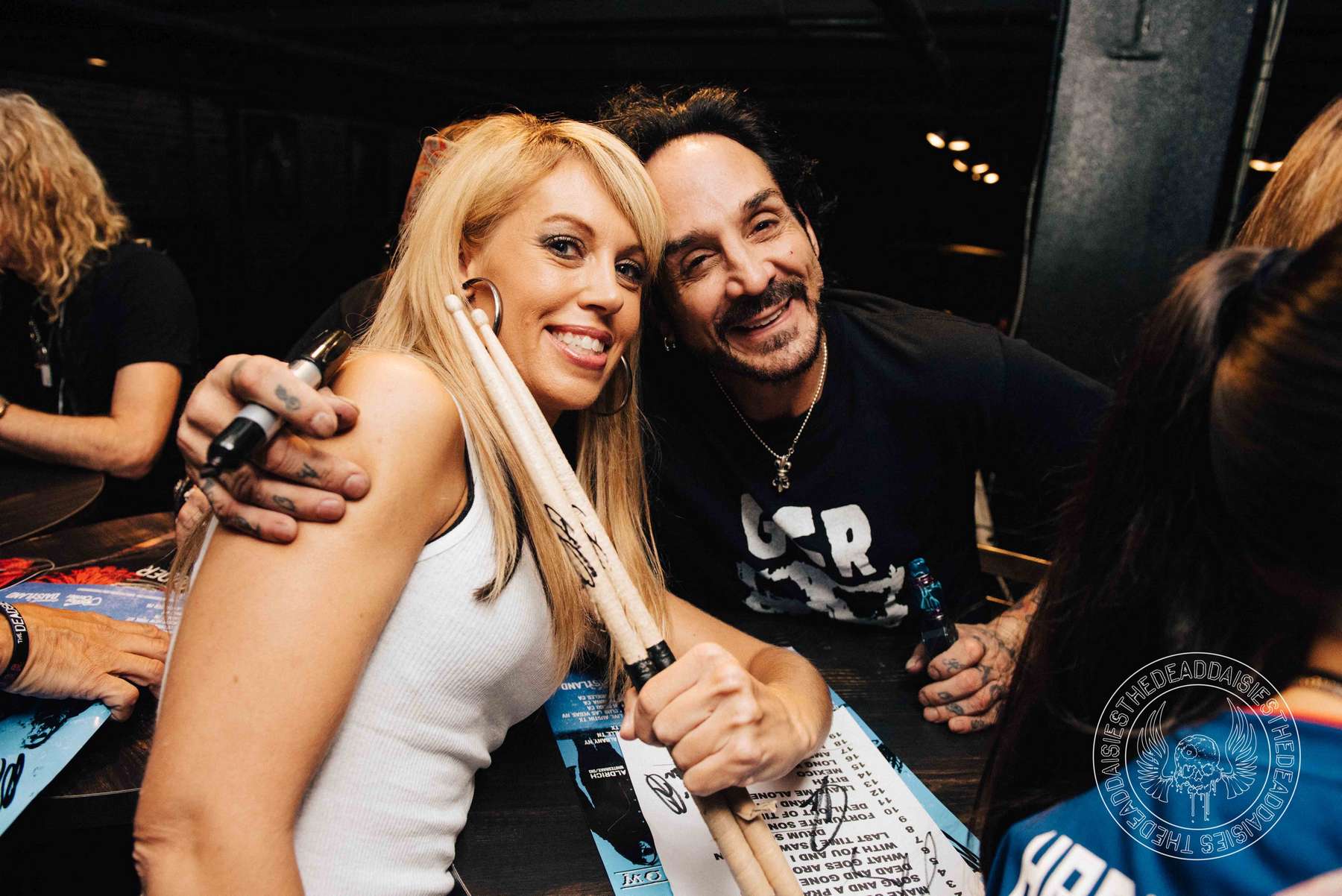 After a quick re-fresh at the hotel, the band then headed for their daily Guitar Center appearance scheduled for 6.30pm. Once again the Texan audience came out in force to hear the intimate performance which included a variation of songs from ‘Burn It Down’ and rare gems that only come out every so often.

The venue hosting Fridays show was Trees, opened in 1990, and once hosting such groundbreaking acts as Nirvana and Snoop Dog. Tonight was the turn of The Dead Daisies to break some ground and leave a mark on both Dallas and the audience.

As with every night, The Daisies deliver a live show that is electric and second to none, with searing guitar solos and riffs, pounding bass and drums and Mr Corabi’s distinctive tone, giving a whole package of songs wrapped up and delivered. All the usual suspects like ‘Make Some Noise’, ‘Rise Up’ and ‘Song and a Prayer’ were on display, as well as an array of standard covers like ‘We’re An American Band’ just sealing the deal on an audience that was already converted.

Packing up after the show, the crew and bus were now heading for Austin. Check the Dallas gallery below.

Share on FacebookTweet
DekiTOP OF THE TREE IN DALLAS09.09.2018