TIME TO ROCK AND TIME TO GO HOME 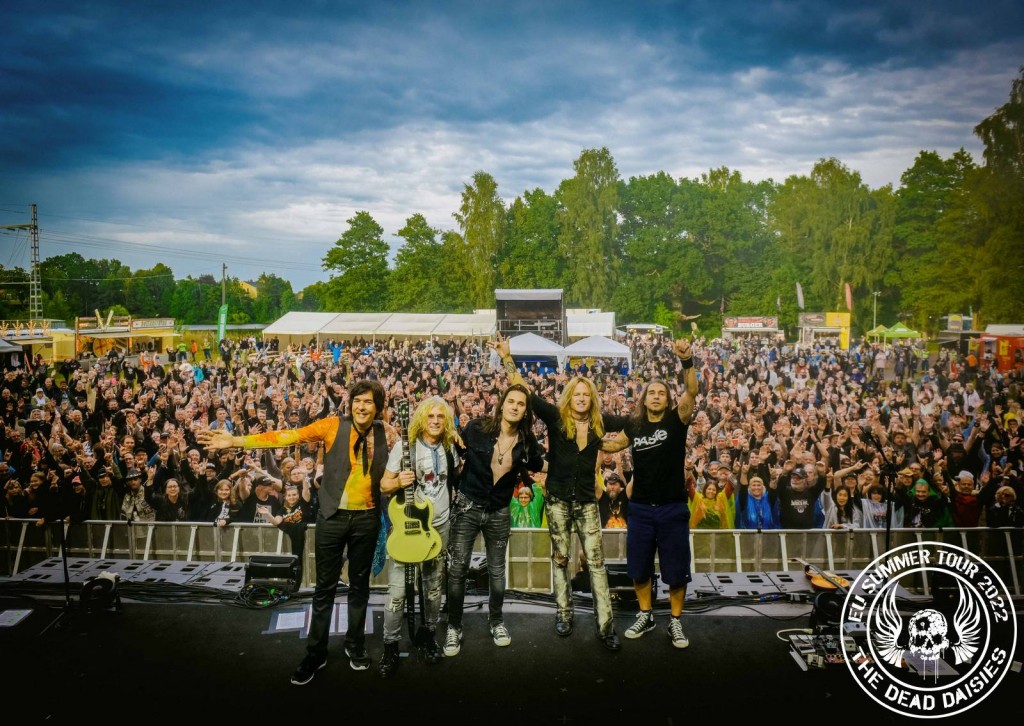 All good things come to an end. For the last two months the band have had the chance to light up Europe once more with their Radiance! The final show tonight was in Sweden at the Time To Rock festival.

After arriving a couple of days ago and basing themselves in Copenhagen, just over the border from Sweden, the band have been relaxing and enjoying the Danish city before heading over to the festival. The band were on early evening just after 6pm playing a near full set at 75 minutes.

As the downstrokes crashed down from the hands of David Lowy, the crowd knew it was time and ‘Long Way to Go’ boomed out of the speakers across the open air arena. The crowd erupted and the band rocketed into a set packed full of energy and adrenalin. Songs like ‘Dead and Gone’, ‘Shine On’ and ‘Midnight Moses’ had the crowd going crazy, and to top it all off, not only for this show but the final performance of the tour, was a brain shaking version of Deep Purples ‘Burn’! Leaving the stage with everyone wanting more is the best way to go, and now as everyone heads home to recharge their batteries, there are some dates waiting in the USA. Thank you and goodnight!

Share on FacebookTweet
DekiTIME TO ROCK AND TIME TO GO HOME08.06.2022