Tattoos are Rock’n’Roll. While in State College, PA, our photographer Oliver Halfin took some shots of the guys’ favorite ink…

But let’s start at the beginning: As you know by now, media demand for the band is high all over the world after „Make Some Noise“ came out. So the band was glad to visit WQCK 105.9 QWiK Rock for a nice talk and an acoustic jam on „Join Together“. Conversation even came to the topic of Chili, and Doug mentioned the theory that it is basically a soup. We are not sure. What do you think? The comment section on Facebook is open, since culinary accurateness matters to us.

Kiss fans are special, no doubt. At the venue, there was the usual gang of diehards in full costume. And you have to give it to them, they take parenting seriously and get their kids in touch with good Rock’n’Roll from early on. Even if the Mini Paul Stanley might like his popcorn at least as much.

Backstage the guys were presented with jerseys from Penn State University with their names emblazoned on the backs. Cool. Brian even wore it on stage later, when the Daisies blasted through another 50 minute set of high octane Rock’n’Roll.

And as said before, the band showed their ink, from Doug’s asian dragon and Brian’s KISS tattoo to the letter on Marco’s hand and John’s sleeve. Good stuff in there. So would guys like to see more and hear what it’s all about? 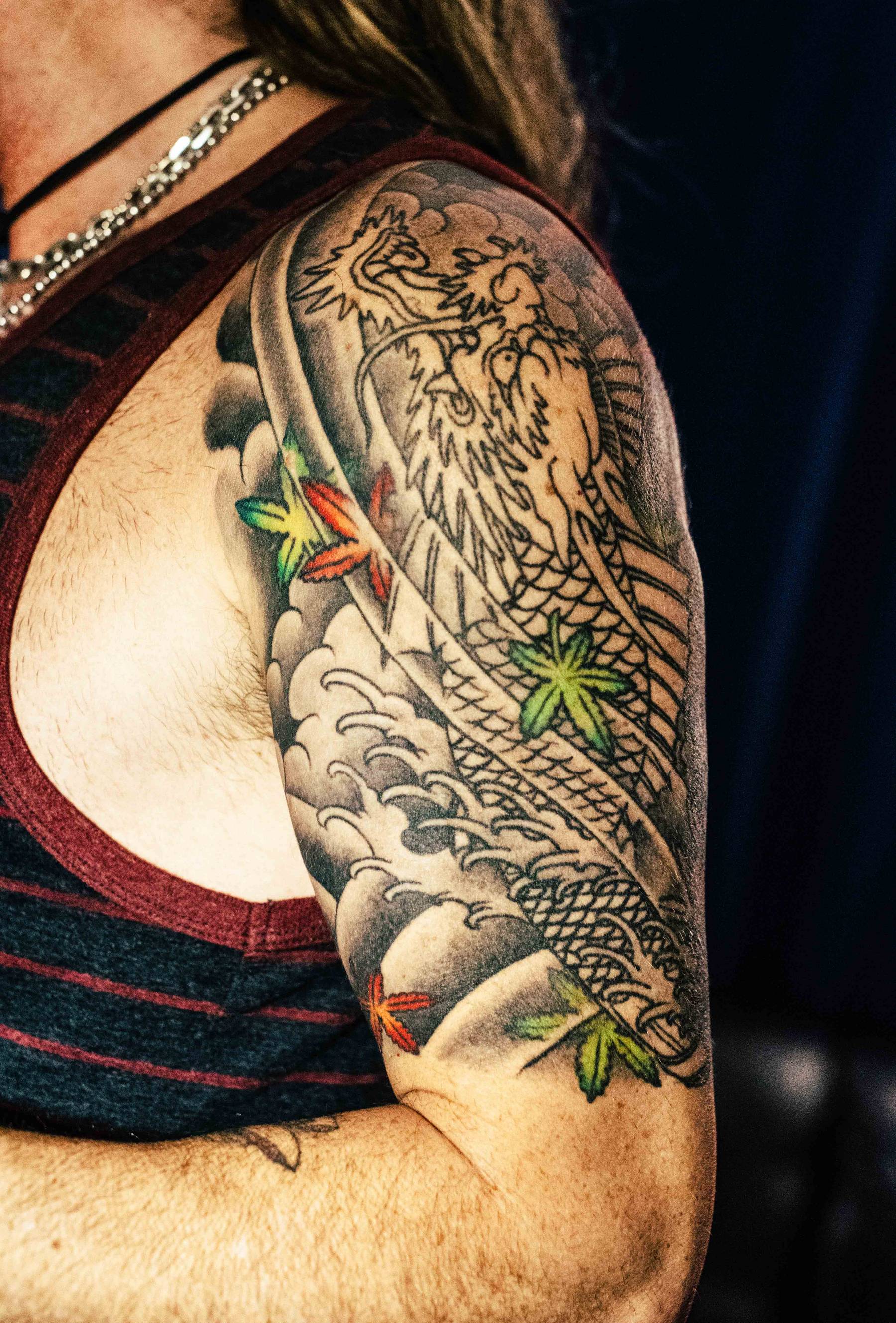 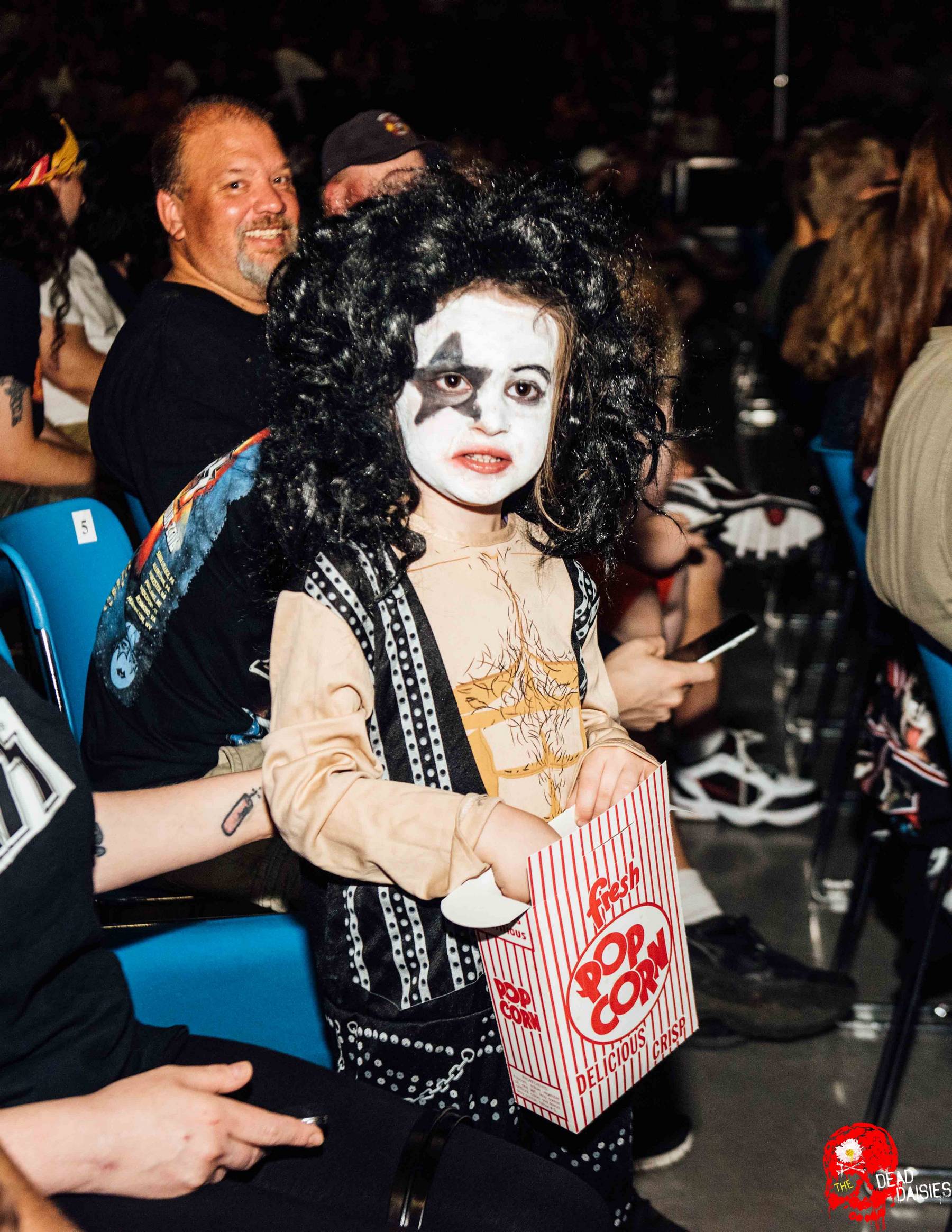 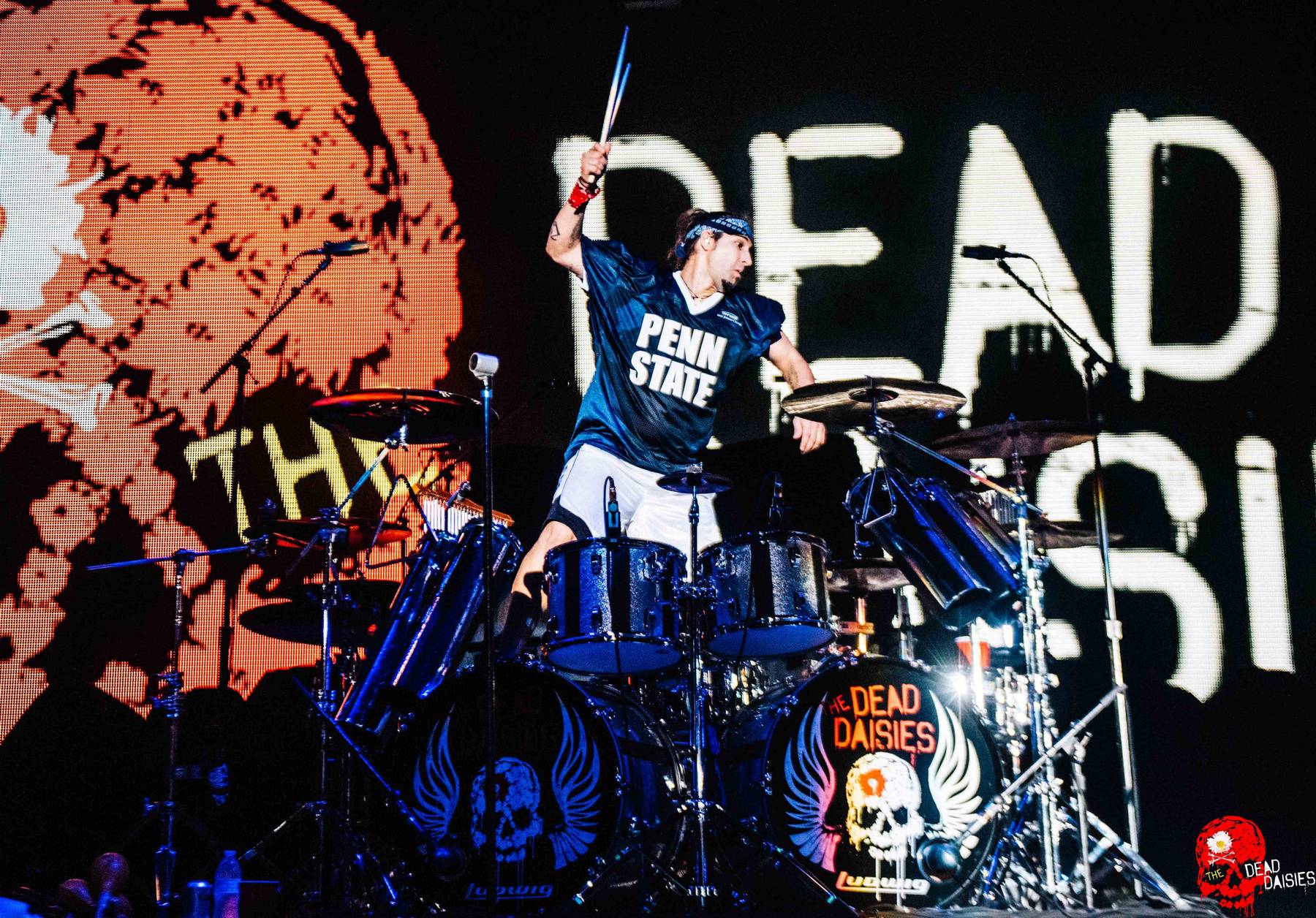