We Are An American Band – at K-16 Air Base in South Korea!

Last night we played the second show of our USO tour to South Korea. We were at K-16 Air Base in Seoul, and again it was an honour to rock the house for the troops!

Before the gig we even got to see some of the equipment. Check out the helicopter on the first pic, these things are impressive! A huge thank you goes out to the Tango Security Force for looking after us during the day (see the group photo). Probably the coolest part was when David jammed with the commander who grabbed Doug’s Les Paul and rocked away – in uniform. Good times!

The show was good fun again. It’s very fulfilling to bring some Rock’n’Roll and a bit of America to the service men and women on duty far way. Of course, Doug went out into the crowd again while playing lead. We’re not afraid to get up close and personal, you know it!

Thanks to everybody attending, the whole team of K-16 and thanks to USO. Osan Air Base coming up next! 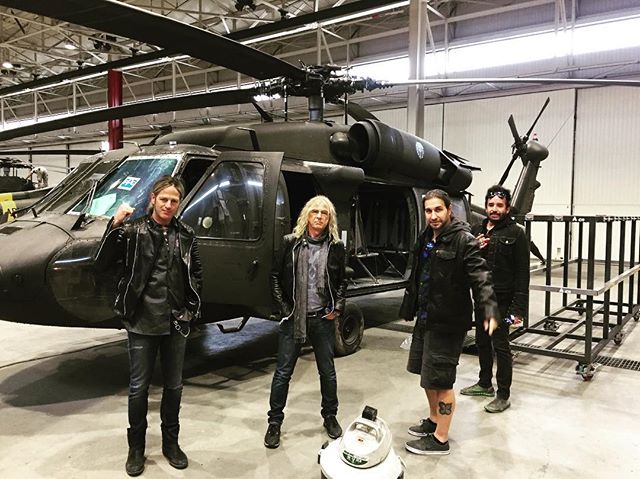 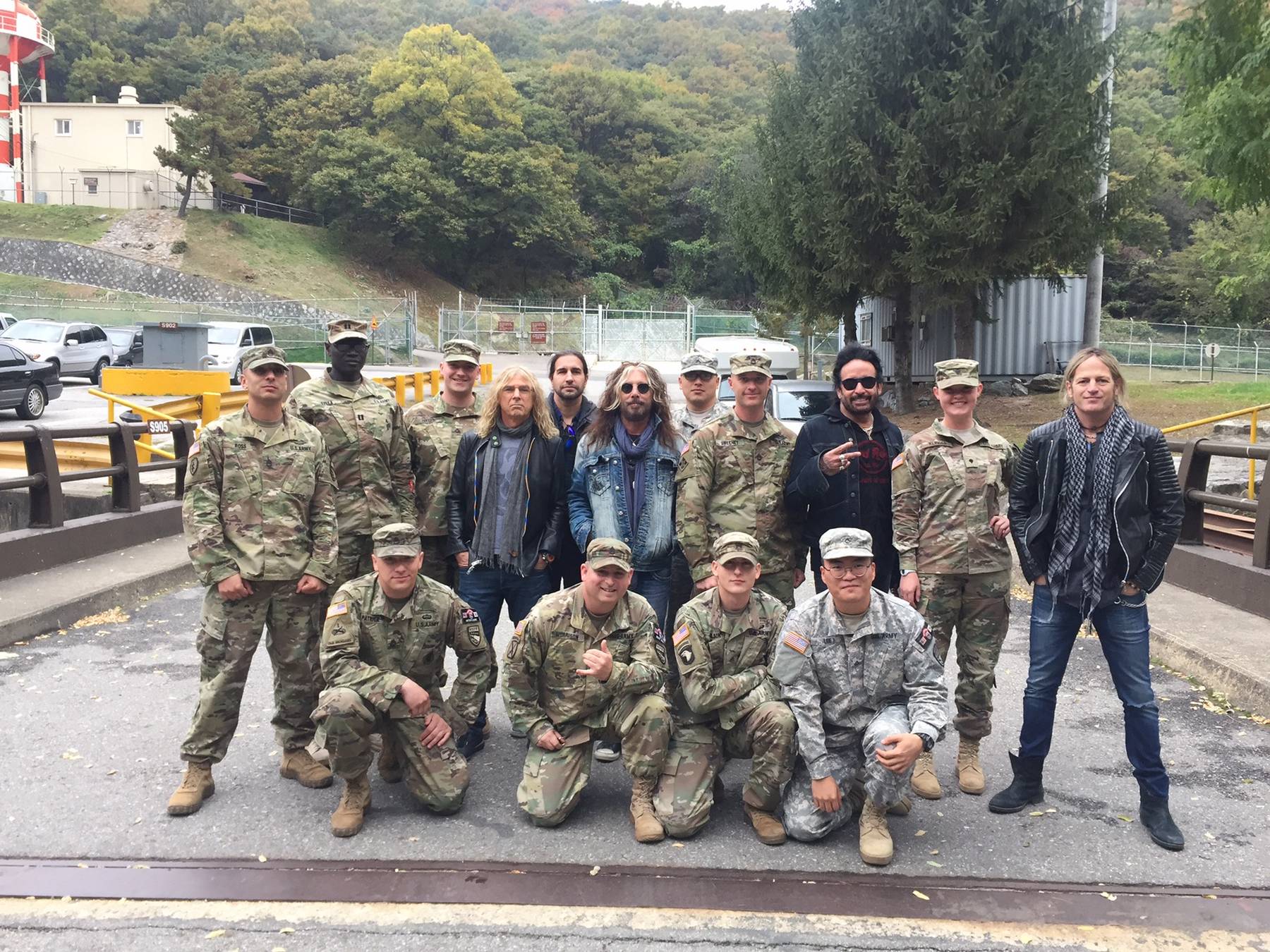 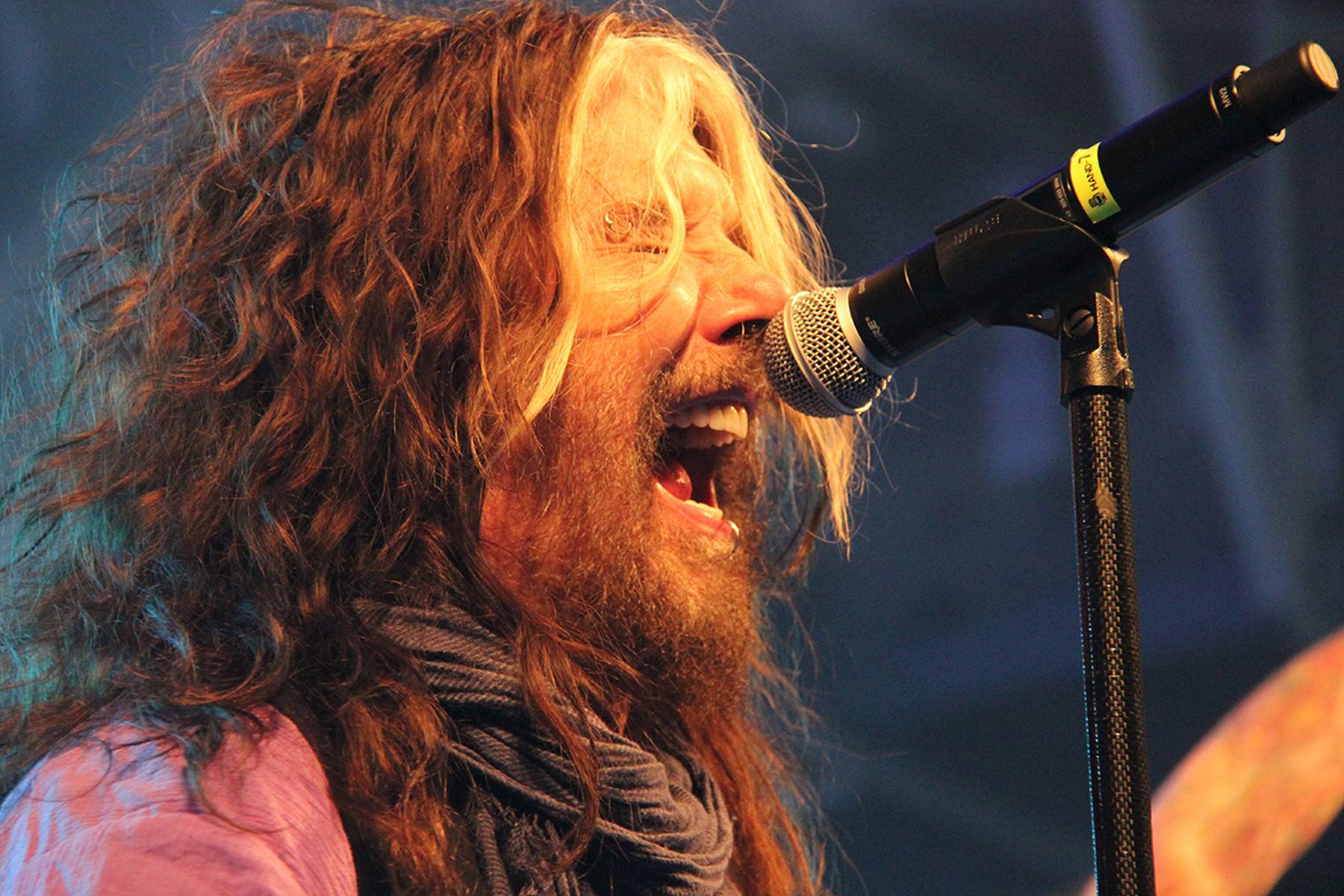