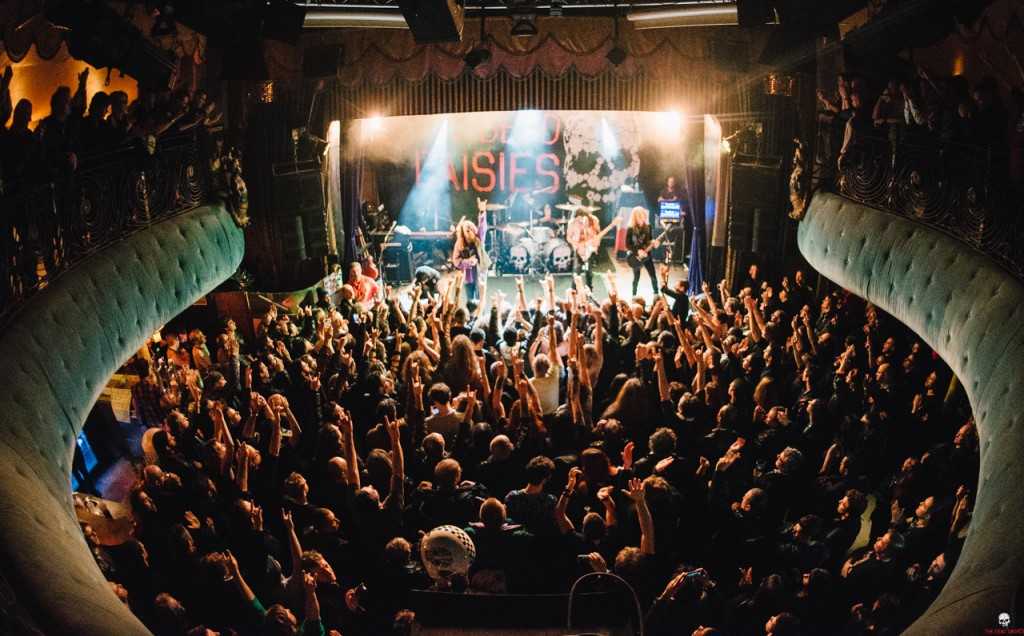 To say this band is having too much fun is an understatement! Currently smashing it across Europe on the first half of their tour with Whitesnake and Judas Priest, even the media are commenting that there is a sense of having built a very close relationship with their fans and audience.

On the weekend, they played a headline show to a sell-out crowd at the Divan Du Monde in Paris. In the vein of “the show must go on”, the band did not disappoint their fans and gave Paris a night to remember with a massive dose of Daisies’ classic rock ‘n’ roll.

“It’s always very special to be in the magical City of Lights, PARIS! The bright lights have been dimmed a bit these past few weeks, so now celebrating life, music, peace and love has become more important recently, so sharing a few moments with our fans in France and spreading joy…through our music is what we will do.” – Marco Mendoza

Now they continue to Italy, Belgium and The Netherlands, before they head to the U.K. to headline their own tour and then it’s onto Israel for two special shows before Christmas.

The media are loving The Daisies saying:

It has been a crazy year for the band and there have been many “firsts”, including their trip to Cuba, premiere of their Documentary Revolución on Twitter, and shows in Russia and Scandinavia.

The Dead Daisies new album, Revolución has been received incredibly well in Australia and across the globe. Rave reviews from media including Rolling Stone Magazine’s editor Rod Yates stating, “This is up there with the best hard rock releases of the past decade”, reaching No. 3 on the Australian Independent Record Labels Association ‘Air Charts’, airplay on radio stations across the country with singles ‘Mexico’, ‘Empty Heart’, and ‘With You And I’, sell out shows on the 40th Anniversary tour with KISS, and an unforgettable time on the Norwegian Pearl, as part of the line-up for KISS Kruise V from Miami to Jamaica.

The Daisies recently released their new track ‘With You And I’,with radio picking it up immediately. This track is not a political statement, but a call out to everyone that “It all starts With You And I”. It touches on all the current issues happening on our planet. It addresses many controversial subjects such as refugees, religious conflicts, wars, climate change and corruption in our society.

This thought provoking video premiered across Europe recently on some of the most influential music websites including Classic Rock Magazine, Rockmuzine, Metal X and Hard Force. The video and the message behind it transcends music.

Singer and songwriter John Corabi had this to say about the song and the video:

“I think it is about the many things that we daily experience in the news: the war in the Middle East, religious disputes, force of arms…with the video we just wanted to show some examples of this everyday madness and say, ‘If you really want a change, then it begins with you at home…it all starts with you and me. It would be quite simple.”

Watch ‘With You And I’ from The Dead Daisies here: