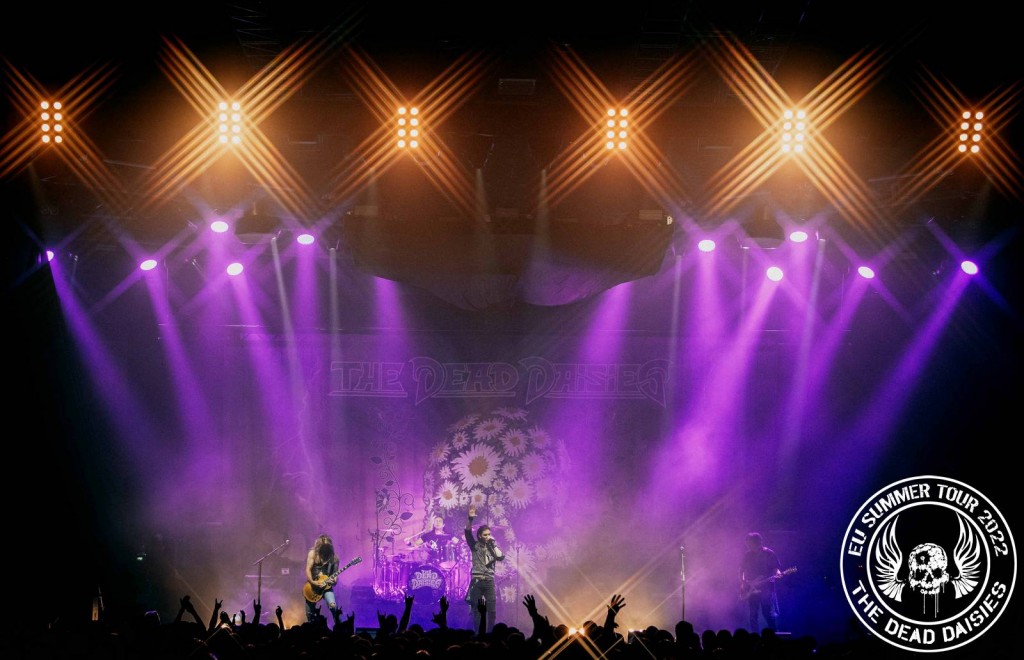 With a short run of shows left, the band are back in Germany to play the remaining Judas Priest shows. The band are based in Leipzig today where they are staying in the same hotel as German superstar football team Bayern Munich, with the show an hour away in Halle. Tonight’s show was at Halle Messe Arena packed with 6000 Judas Priest, many who will soon, also be fans of The Dead Daisies.

With the last few shows, young Dino was called off the subs bench and was given the lead vocal shirt which he has done amazingly over the past few shows, in fact he has played a blinder. The rest of the team have continued their amazing form.

With songs like ‘Long Way to Go’, ‘Unspoken’ and ‘Burn’, The Dead Daisies are scoring with the crowd every night. They are rising up the league table with every experience that has been given to them and will finish this tour on a high. Oberhausen is next as the band continues on its journey across Europe.