TAKING OFF IN HOUSTON 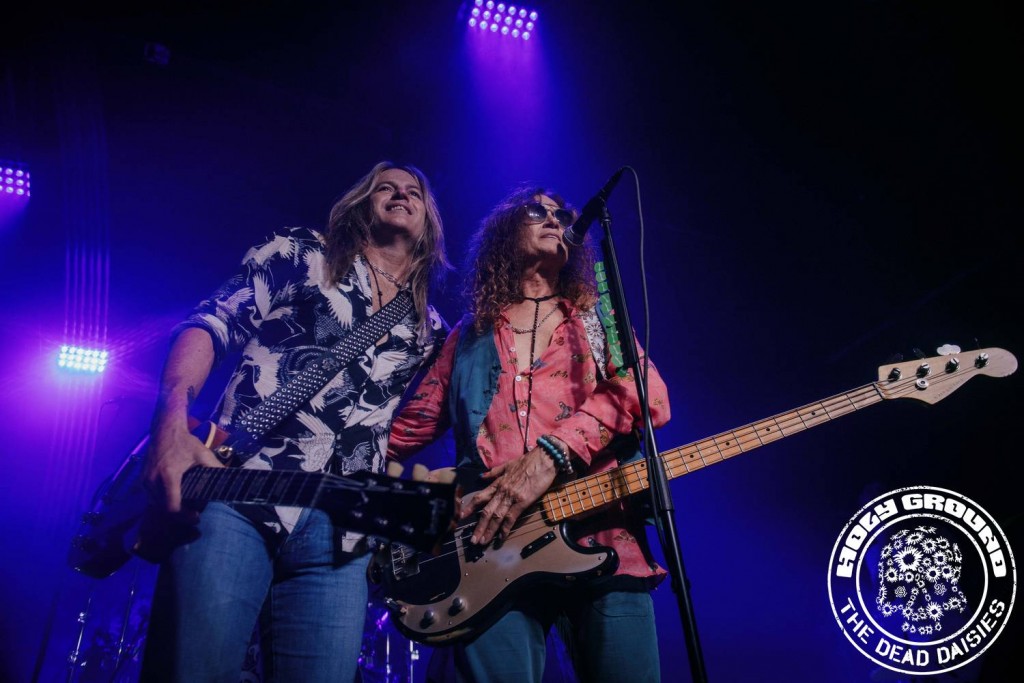 After spending a few days in the Texas heat, the band headed to their third of four shows in the State, this time in Houston, the city where most of the US Space missions have been guided from since the 1960’s. The Scout Bar is a popular venue, bar and restaurant in the heart of the Clear Lake area of the city. There were a large number of keen Daisies fans waiting in anticipation to see the new line-up for the first time, many had followed the band and seen them on previous visits to Houston. Both The Black Moods and Don Jamieson did a great job in building up a great atmosphere for The Dead Daisies to go on-stage. When the lights went down and the intro music kicked in, the crowds let off a loud roaring cheer as Doug fired into the opening riff of ‘Unspoken’! Glenn is enjoying the Texan crowds, reminiscing of his earliest music days playing the State with Trapeze at the start of the 1970’s. At the end of the night, a good proportion of the crowd waited outside to catch the band and take pictures and have memorabilia and posters signed by the guys. Next up is the last of the Texas shows in one of America’s big music cities, Austin!