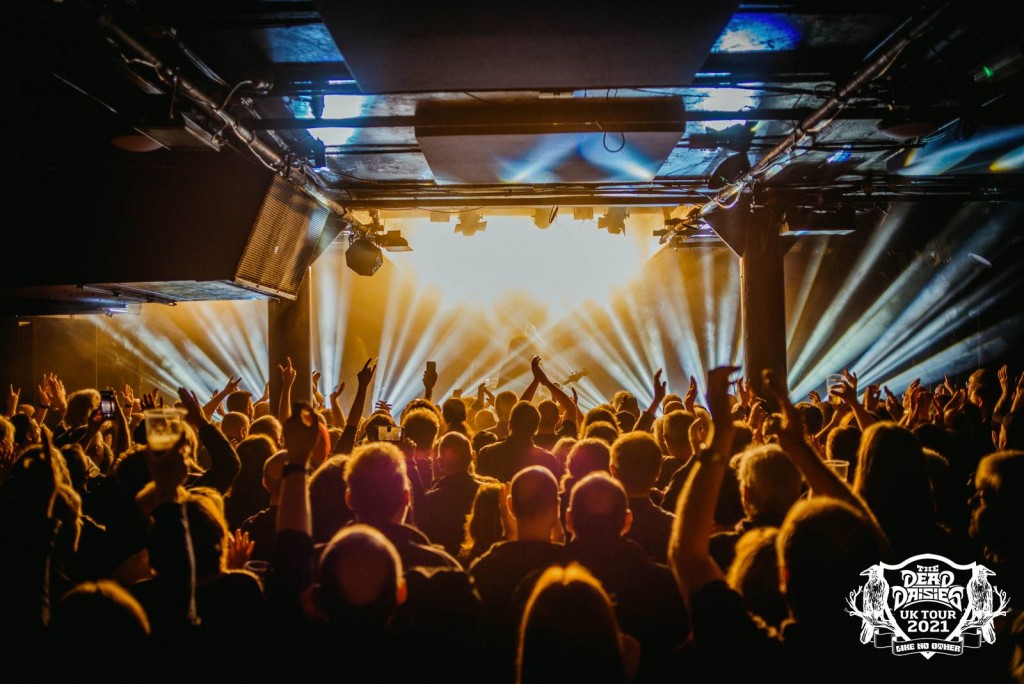 The band arrived at the Waterfront in Norwich on Saturday night as they continued through the UK on the ‘Like No Other’ World Tour. It has been five years since they were last at this venue and city, and a lot of things have changed in that time except for the hunger of the audience to see the band live, and this was reflected with a sold out show! Leading up to the evening, Doug went for a walk around Norwich taking pictures. He went to have a look and play of a rare 1954 Les Paul Goldtop which for Doug was of course Heaven. Chris Holmes, the former WASP guitarist dropped in to see the band at the Waterfront show and catch up with the guys. Once The Quireboys had shaked up the audience, the Daisies took to the stage like a full on storm, hitting the crowd with song after song like huge waves. The old favourites like ‘Midnight Moses’ and ‘Long Way to Go’ which have taken on a new life with Glenn and went down well with fans, however ‘Holy Ground’ numbers really sent the crowd wild. This is THE Rock n’ Roll show to see and hear in the UK right now! The word is out and tickets are going fast for the handful of shows left on this tour!