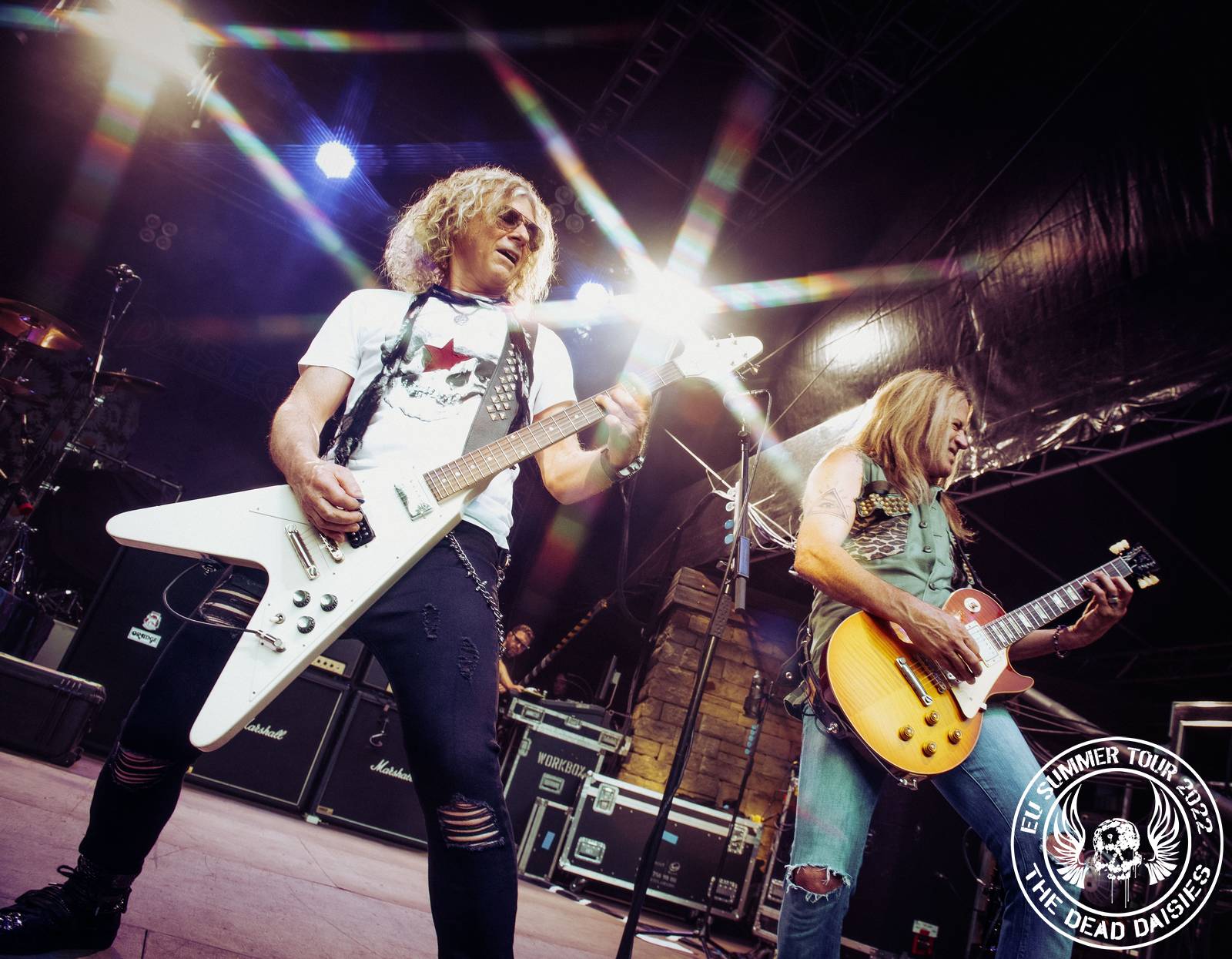 As the Daisies make their way through Germany at the start of this Summer tour, next stop is Stuttgart. After flying into the city in the afternoon, the band headed to the Spardawelt Freilichtbühne open air arena to meet the crew and set up for the gig.

The warmth of the summer evening heated up the audience as The Dead Daisies hit the stage. With a wide range of fans stretching from those that were concert going veterans to some of the youngsters who were taking in their first live experience, The Dead Daisies were a great band to add to that live list!

Glenn had the crowd with him from that start and blew them away with his soaring vocal performance reaching all the high notes in ‘Mistreated’! The band played a short but very strong set of the best cuts from ‘Holy Ground’ including the title track. By 7.30pm it was all over for another night, leaving the Stuttgart audience wanting more. The band is turning up the heat with every show, and it can only keep getting hotter from here!