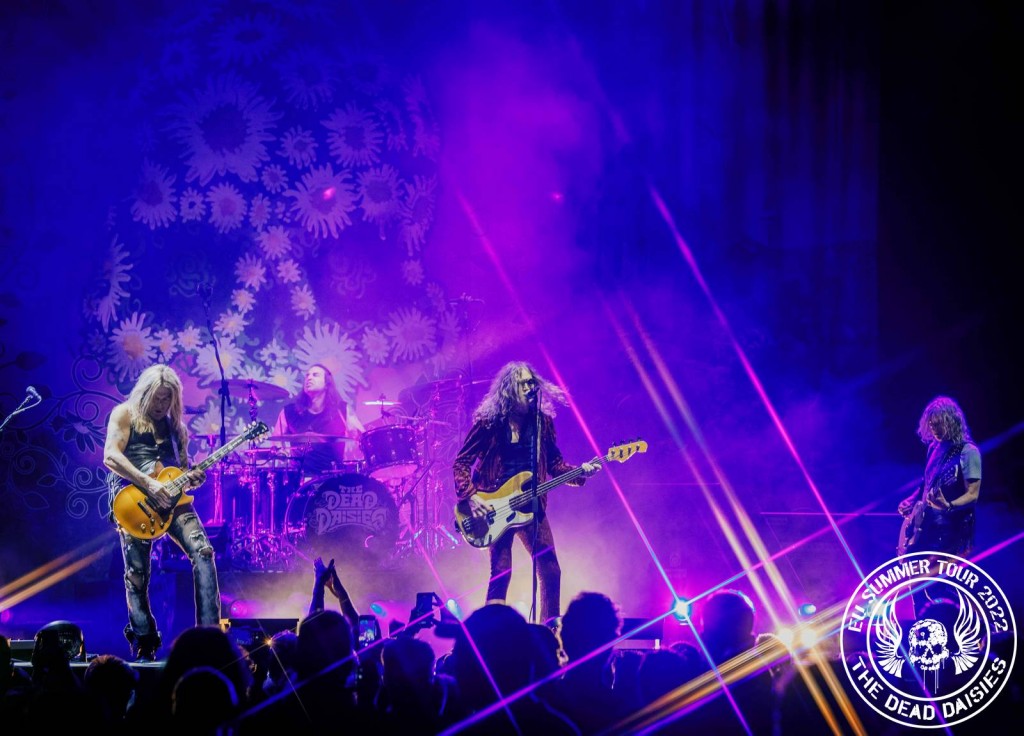 After a tremendous return to the Judas Priest tour in Budapest last night, the band continued on the tour with the next stop in Ljubljana in Slovenia. The band arrived from Budapest early in the afternoon, just in time to freshen up then make their way to Dvorana Stožice, the arena venue for the night.

The band were on stage just before 8pm for a short but explosive set. With the thunderous drumming of Brian Tichy who is in his element playing these kinds of arena shows with the low growling bello of Glenns bass guitar sound, the crowd were mesmerized from the first note. With swirling lead guitar by Doug Aldrich and the downward rhythmic chops of David Lowy, The Dead Daisies have their sound finished off with out of this world vocal screams bellowing from the pit of Glenn Hughes very being, this is a band that produces a sound uniquely and proudly standing out on its own.

Firing out numbers like the brand new single ‘Shine On’ continued to do what the band have done every night on this Judas Priest run of shows, winning new hearts and minds. The audience may have gone to a show with one favourite band, Judas Priest, but came away with two favourites and sometimes The Daisies may have won a bit more love. Next up is Athens with Judas Priest.