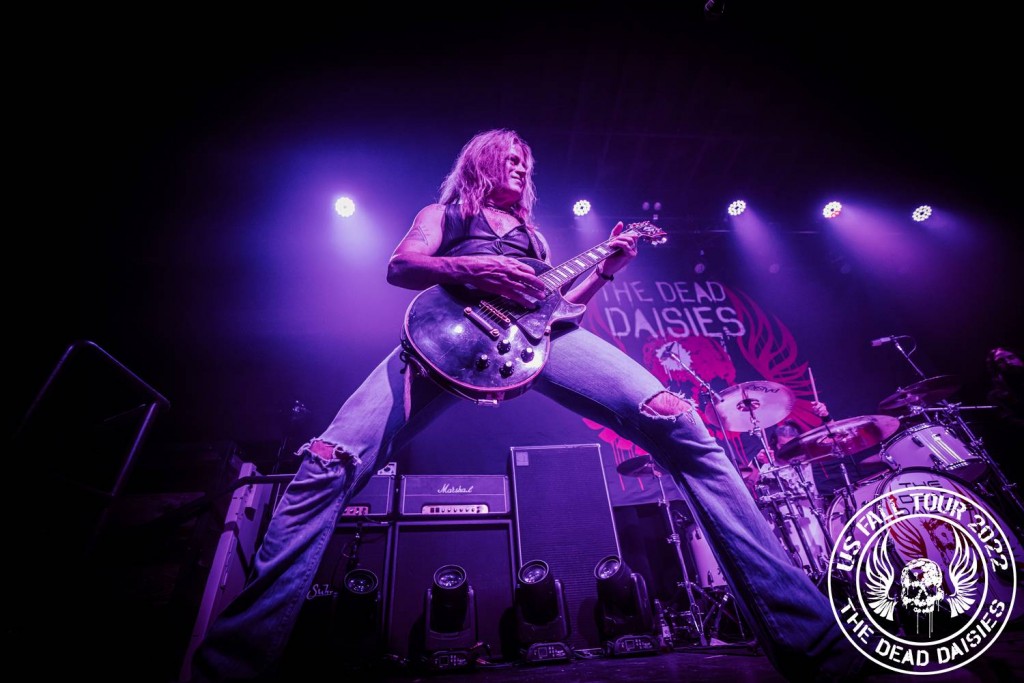 As the US Fall Tour heads to a close with two more nights to go, the shows are becoming hotter by the minute with the heat exploding off the stage. Burning under the California sunshine in Roseville, the band returned to this US City nearly a year after the series of concerts that put the Daisies back on the live scene after the Global pandemic.

Now they are a well oiled machine, charged up and hitting their Rock performances out of the park night after night. Doug Aldrich is playing some of the biggest solos of his life on songs from the new record like ‘Shine On’ and ‘Radiance’ while David Lowy’s signature chugging guitar sound charges through the middle like a freight train on fire. With Brian Tichys drums moving like a fast, chaotic but very precise lightning strike that never stops, The Dead Daisies are riding the crest of a charging wave with both old and new songs alike.

The temperature may drop outside when they hit Portland and Seattle this weekend but the heat inside from the band certainly won’t!