As the first part of the US Tour comes to a close before moving East towards New York, the band arrived in Louisville, Kentucky. Home of Kentucky Fried Chicken, Louisville is also in the tornado belt and has been hit by the devastating creatures of nature a number of times over the last two hundred years. 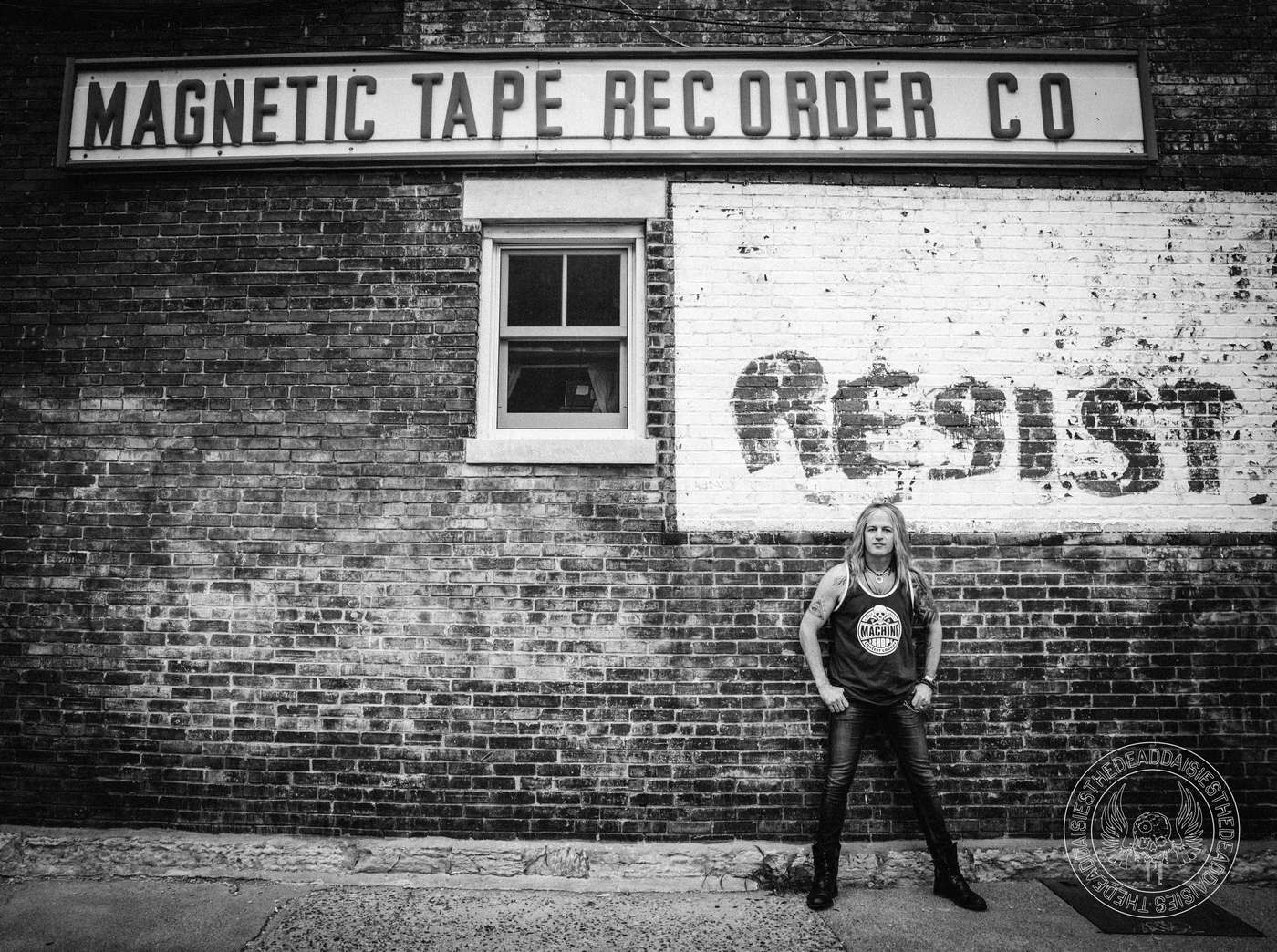 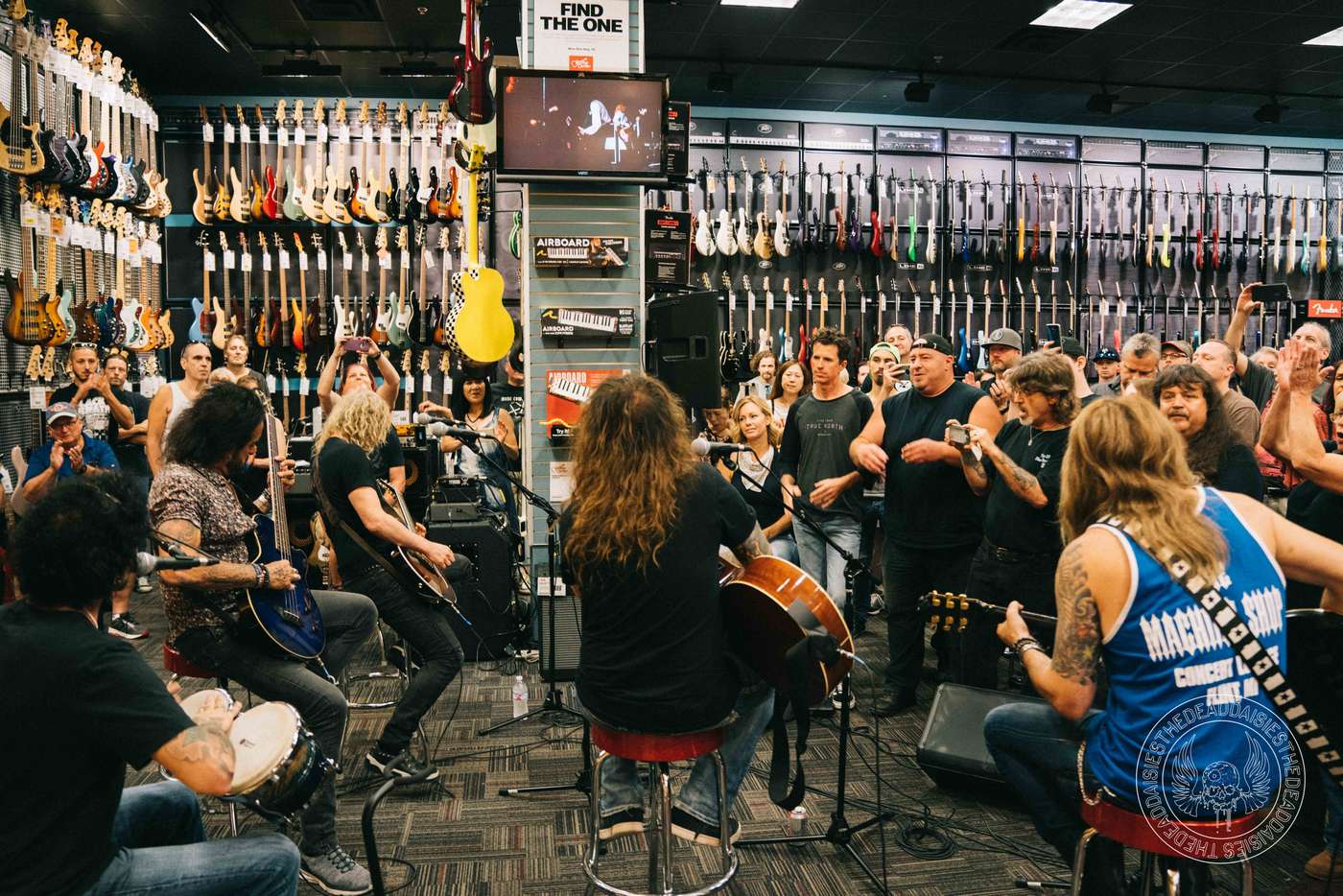 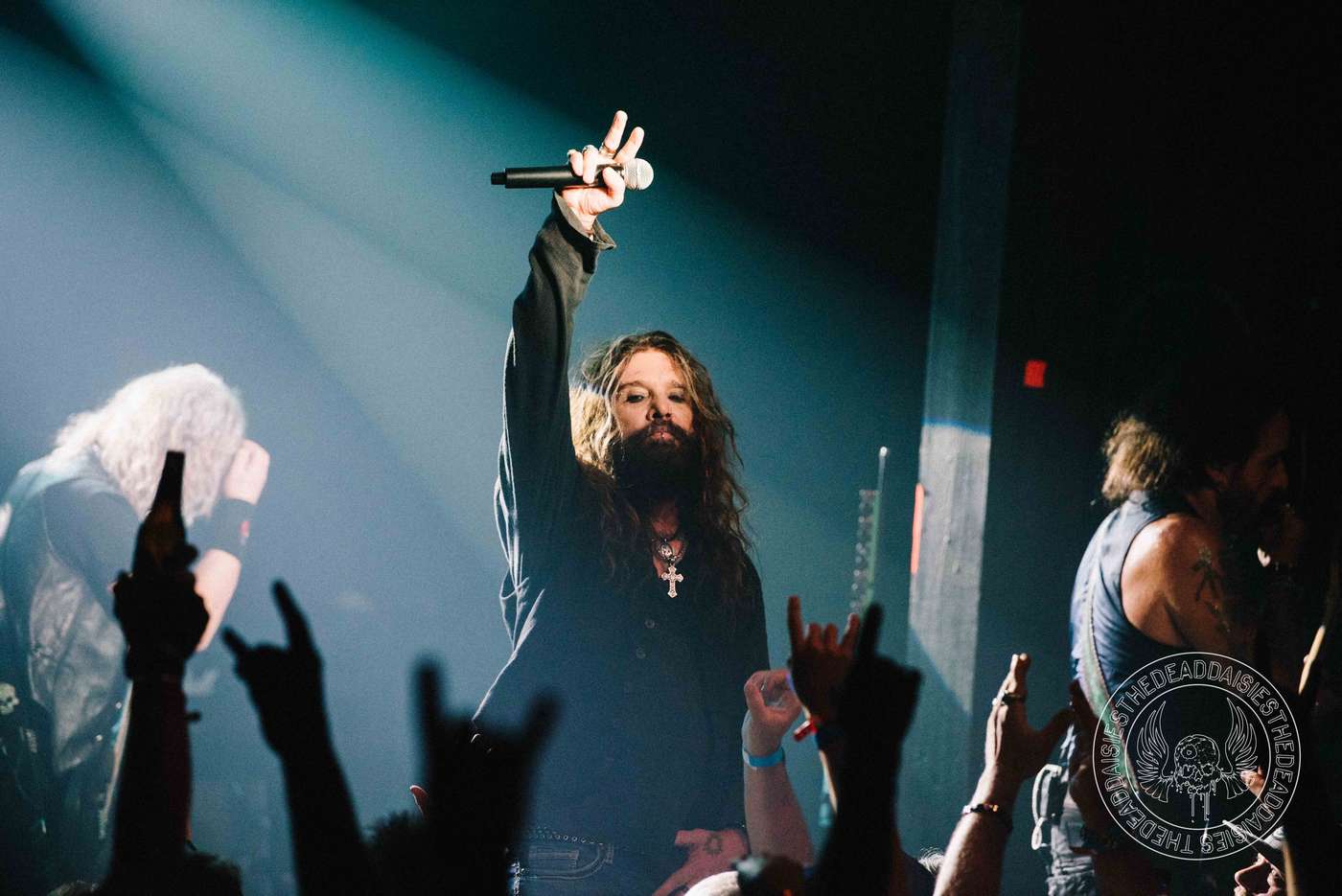 Tonight, the only tornado sweeping through town was in the form of a rock juggernaut under the monicker of The Dead Daisies!

First up was a visit to the Guitar Center, opened up with 2014 EP track ‘Face I Love’. For lovers of the Daisies, these small intimate pre-shows have been a great opportunity to catch rare tracks that don’t usually make it into the electric show.

The band hit the stage like a storm at Diamond Pub Concert Hall in Louisville later in the evening with rock songs hitting the audience like a force ten gale. The audience were more than happy to be hit by this kind of hurricane that rained down rock songs like ‘Mexico’, ‘With You and I’ and ‘Song and a Prayer’ to name a few.

As the band left the stage to another thunderous applause, they can re-charge for a few days before it all starts again in Rochester.