ROCK IT IN RAMONA 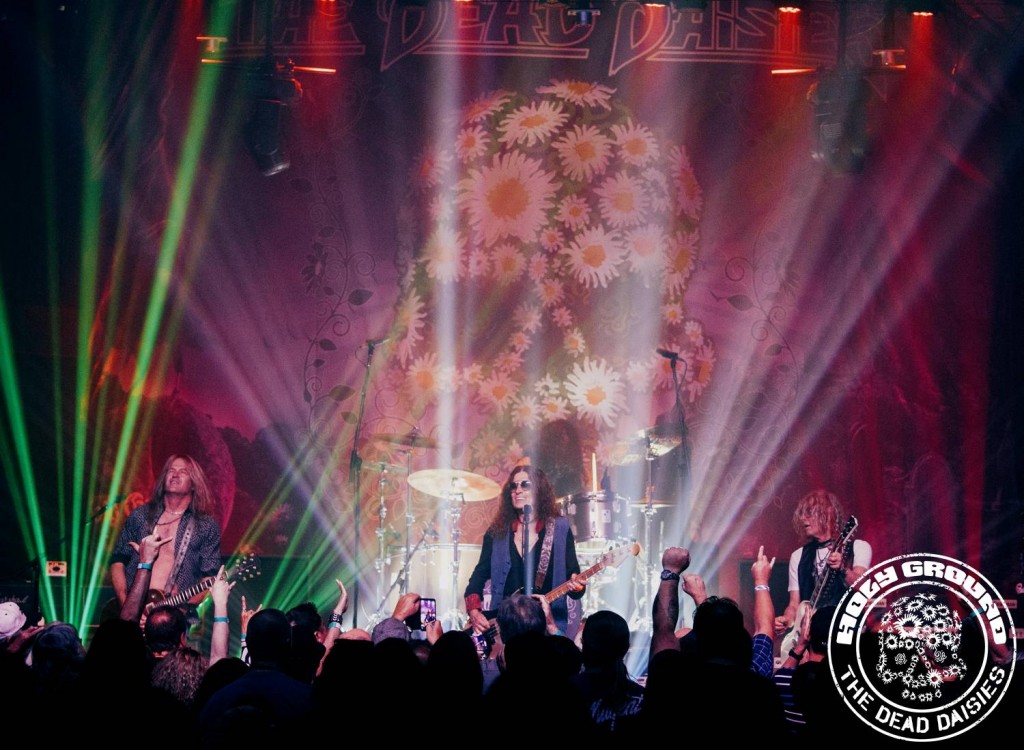 After a few days at home with families, the band gathered at world famous hotel the Sunset Marquis in Hollywood, where many a rockstar has partied throughout the history of Rock n’ Roll. For the band however, it was time to go back on the road, this time to San Diego and the Ramona Mainstage. The Art Deco building was opened originally in 1947 as a theater and after closing at the end of the century, it was bought and restored to its former glory but this time as a music and arts venue. The venue is known as the jewel of Ramona and shines brightly for live music which was used to its full advantage by The Dead Daisies. An excited and enthusiastic crowd immersed themselves in the explosive guitars and thunderous drums pouring from the stage. Deep Purple tracks ‘Mistreated’ and ‘Burn’ set the place alight and left the San Diego fans with big smiles and ringing ears. Next up is a Saturday night in Hollywood!