Houston managed to escape the wrath of the latest storm, ‘Gordon’, that hit the American coast on Tuesday, however a more pleasant Rock n’ Roll storm in the form of The Dead Daisies was heading their way instead. 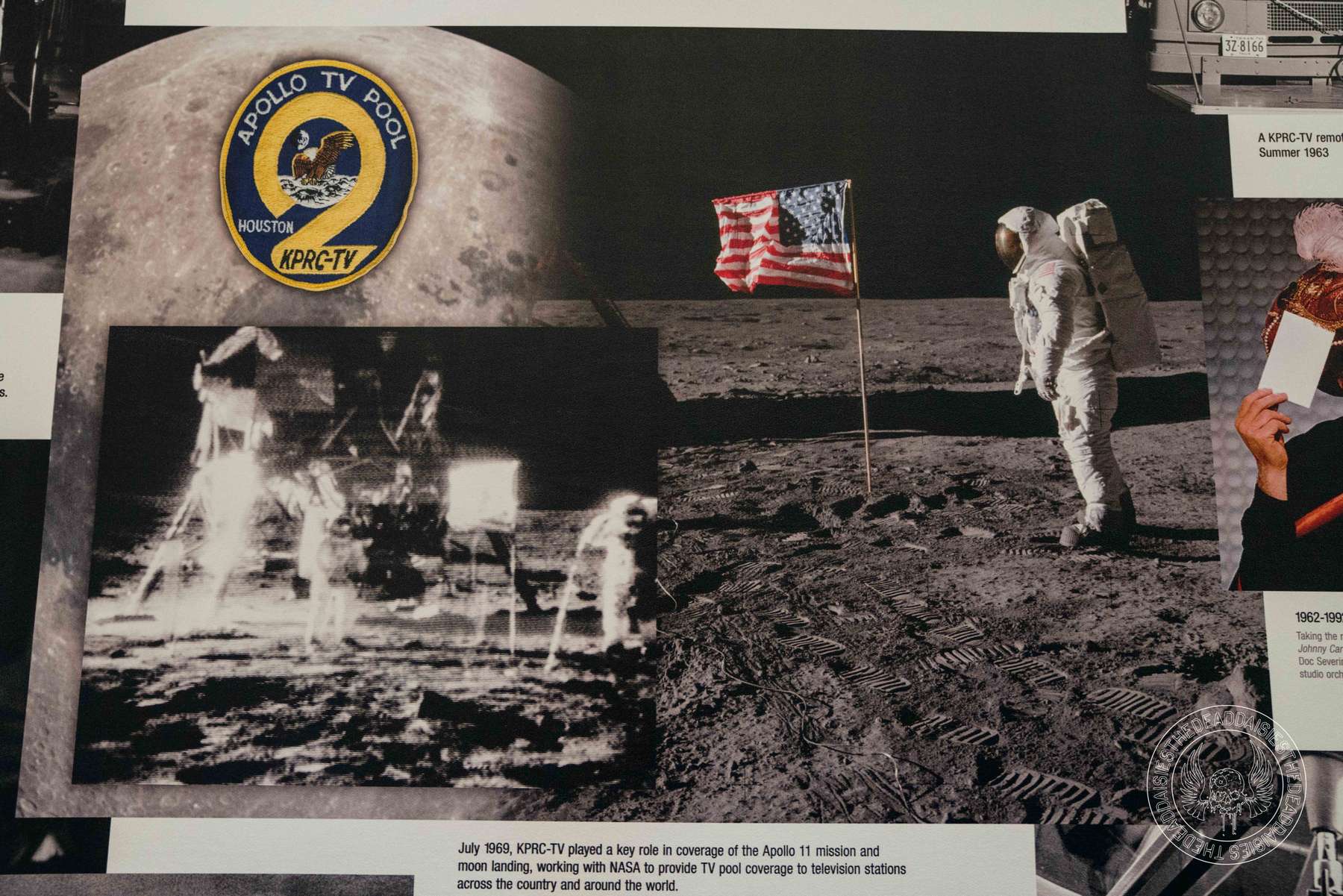 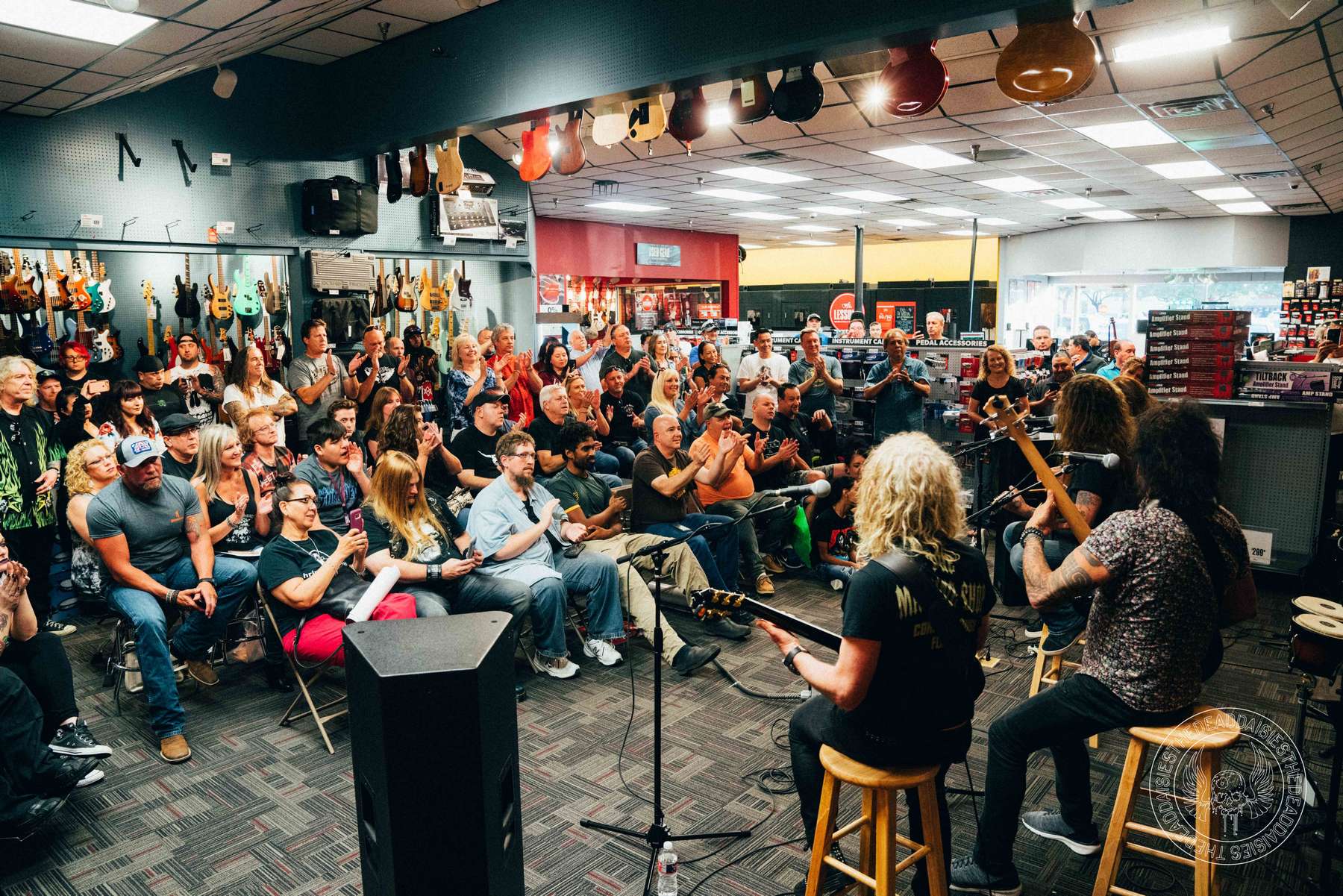 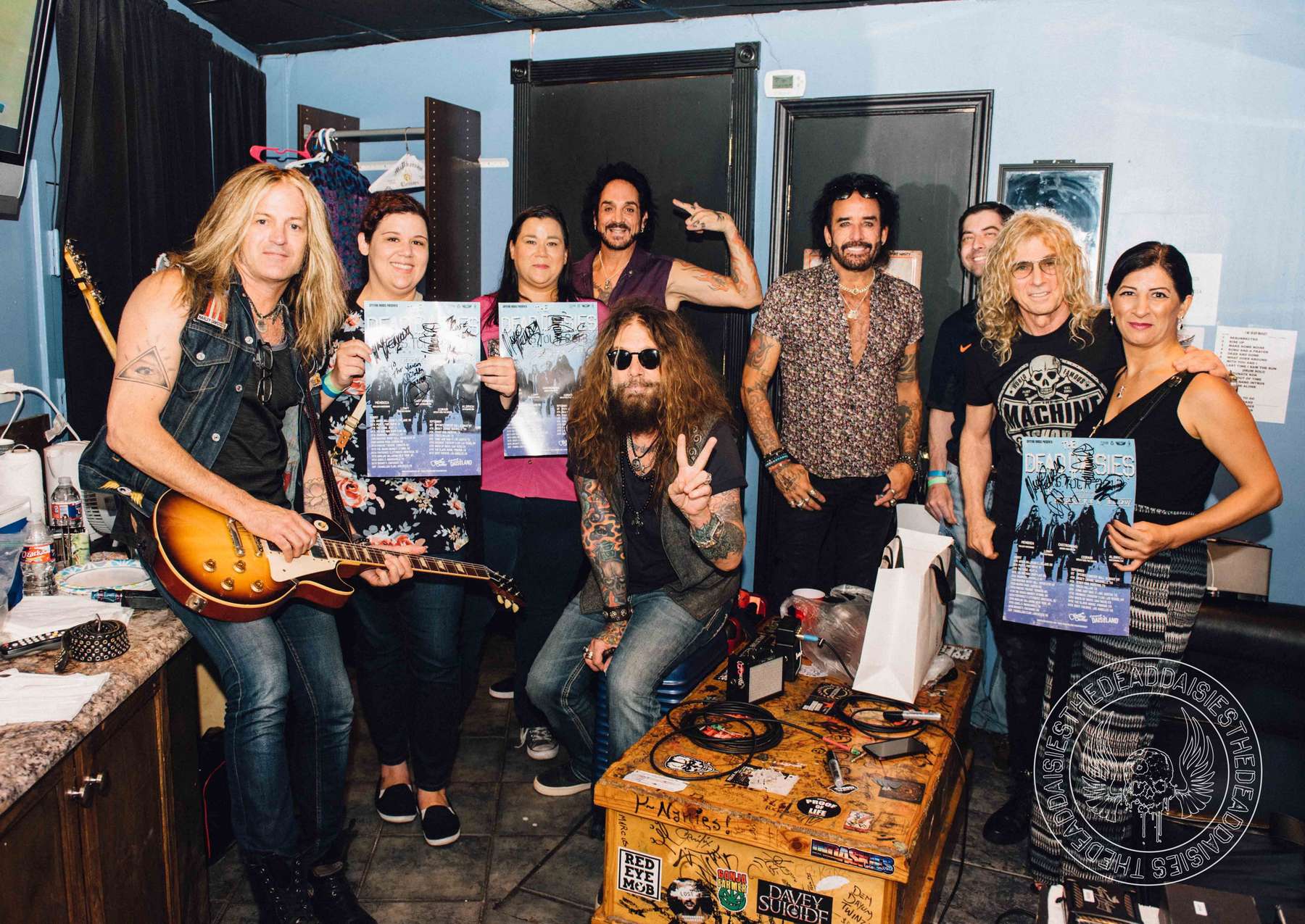 A local show by Lynch Mob had already been called off in anticipation of the weather but there would be no stopping The Daisies.

First stop was at a TV show, Houston Life, to have a chat about the concert and to play some acoustic numbers, as well as befriending the studio dog TV Tex.

As with most days on this tour, the first live show was at Guitar Center. The Houston store was packed to capacity with eager fans of all ages to see the band perform. One of the highlights was seeing founder member David Lowy step up to the mic to sing George Thorogood’s ‘Get a Haircut, Get a Real Job’ reflecting on his own life stories.

The Houston Rock brigade came out in force later on to see another storming performance by The Dead Daisies. Crashing through ‘Burn It Down’, ‘You and I’ and other killer tracks, like a hurricane, the band swept their way across the set like a force ten gale leaving everyone in the room exhausted and ecstatic at the musical whirlwind they had just witnessed.

Next up, more fun in Texas as the band move to Dallas. Check the gallery below.