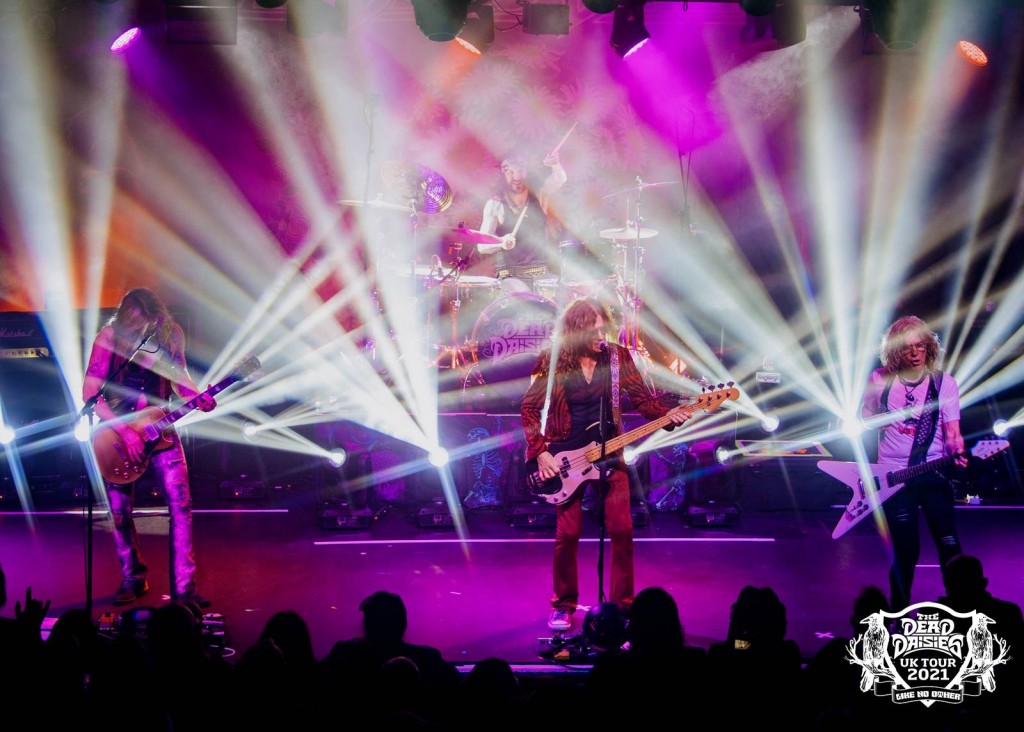 The momentum of the tour has been building and building since the band kicked off last week. Tonight in Nottingham saw the biggest crowd so far with a sold out show at the famous Rock City venue, they were literally queuing around the block to get in. The most famous person ever to come from Nottingham is of course Robin Hood so Doug headed to the oldest pub in England called Ye Olde Trip to Jerusalem – which is from 1189 and is situated next to Nottingham’s medieval castle to get some pictures. Doug and David posed for shots outside the gig in front of the big sign and met some fans hanging around outside before going in to play in front of the gathered crowd. It was packed to the rafters for this one and it created an amazing atmosphere. As Doug, David, Glenn and Tommy played through the set, every number raised a smile or a punch in the air. ‘Holy Ground’ proved to be a very popular album in the UK coming third in a Planet Rock poll, and the audience knew all the words to the songs like ‘Holy Ground’, ‘Bustle and Flow’, ‘Unspoken’ and the huge crowd pleaser ‘Like No Other’. After the show there were many fans waiting outside to see the band before they boarded the bus to head through the night to London. Next up is the big London show with The Quireboys and Grand Slam. The word is out about The Dead Daisies burning up the stages in the UK, so this is going to be a hot one!