ON THE ROAD TO KALAMAZOO 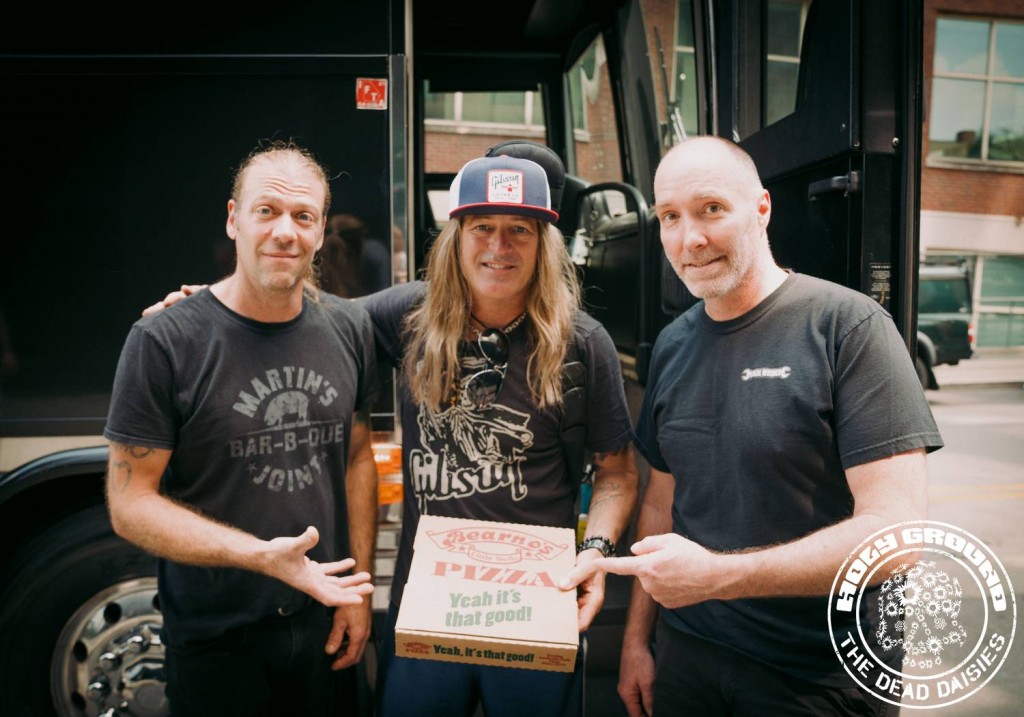 Wednesday will see the band back on stage once more, playing Battle Creek in Michigan at the Music Factory, and you can be sure that it will be an industrious factory that night with powerful music flowing from it all evening. For now, the bus left Louisville and headed to Kalamazoo where the band will base themselves until Friday, although Doug had to bribe the crew with pizza before they let him on the bus. The journey was dominated by the European Soccer Championship with Spain playing Italy in the semi final. Both Glenn and Doug were getting excited during one of the best matches so far which stretched all the way to penalties and an Italian win! Glenn is looking forward to the England game tomorrow! It was a long six hour journey to Kalamazoo broken up by another truck stop and shopping for candy and checking out the groovy shirts while Tommy was looking at all the retro movies on sale. The bus pulled into the hotel late in the afternoon then the band went out for dinner at a local restaurant. Wednesday is show day and time to crank up the guitars once more! Battle Creek, we are armed and ready with great music and will see you tonight!