Richard, Dizzy, and Brian on Kicking Off U.S. the tour!

“Howdy! So Thursday was the first show of the Bad Co./Skynyrd tour. It was a blast to say the least. I got to get my yaya’s out on my brand new Daisies kit and hit a short yet powerful 5 song set with the guys! There’s a great natural energy with this band. It just works! And…not only do we get to play great venues to great crowds that welcome new music, but we get to hang afterward and listen to amazing sets by some of the most legendary bands in all of rock! From “Ready For Love,” and “Can’t Get Enough,” to “Sweet Home Alabama,” and Freebird.” Come on!!!! You won’t hear me complain!

See ya at a show near you!” – Brian Tichy

“Wow, last night was a blast! It was so much fun watching both of these legendary bands. Everyone has been very welcoming and enthusiastic about us joining the tour. It’s such an honor to play before 2 of the bands that were so influential to me when i was growing up.” – Richard Fortus

“After a whirlwind of rehearsals amongst the skyscrapers and effective madness of New York City, the Dead Daisies kicked it in to full gear from the get go at the front end of a no nonsense, grab-your-sack, rock n’ roll juggernaut featuring Lynyrd Skynyrd and Bad Company. I’m not making it up and I wasn’t dreaming. See ya’ll at the next show! Peace……Diz” 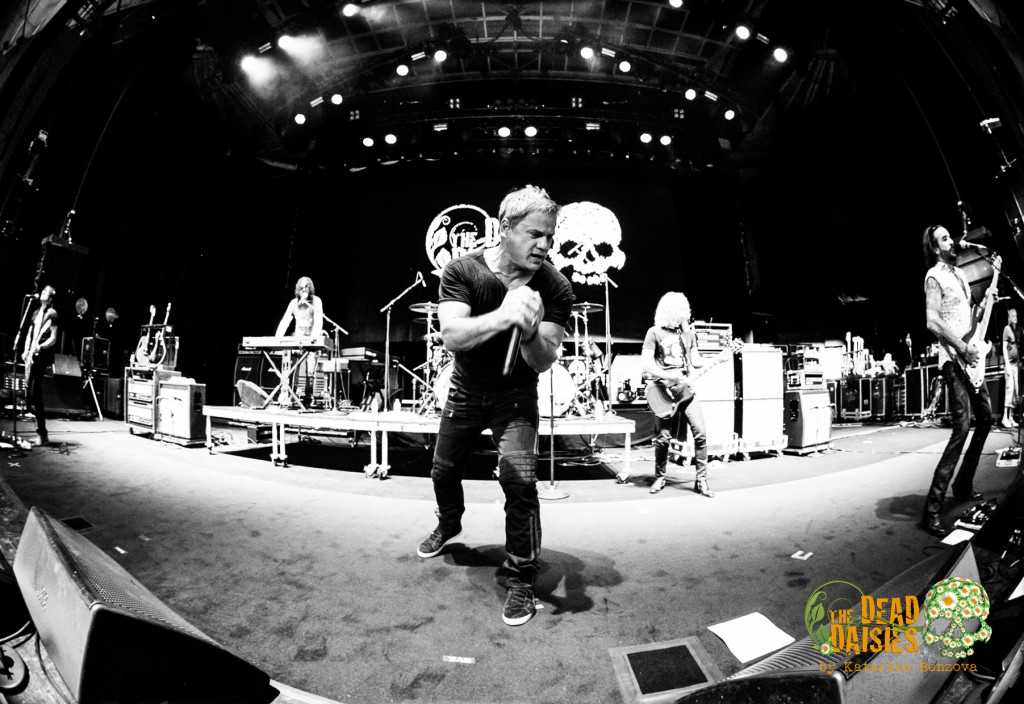 Share on FacebookTweet
DekiRichard, Dizzy, and Brian on Kicking Off U.S. the tour!07.13.2014