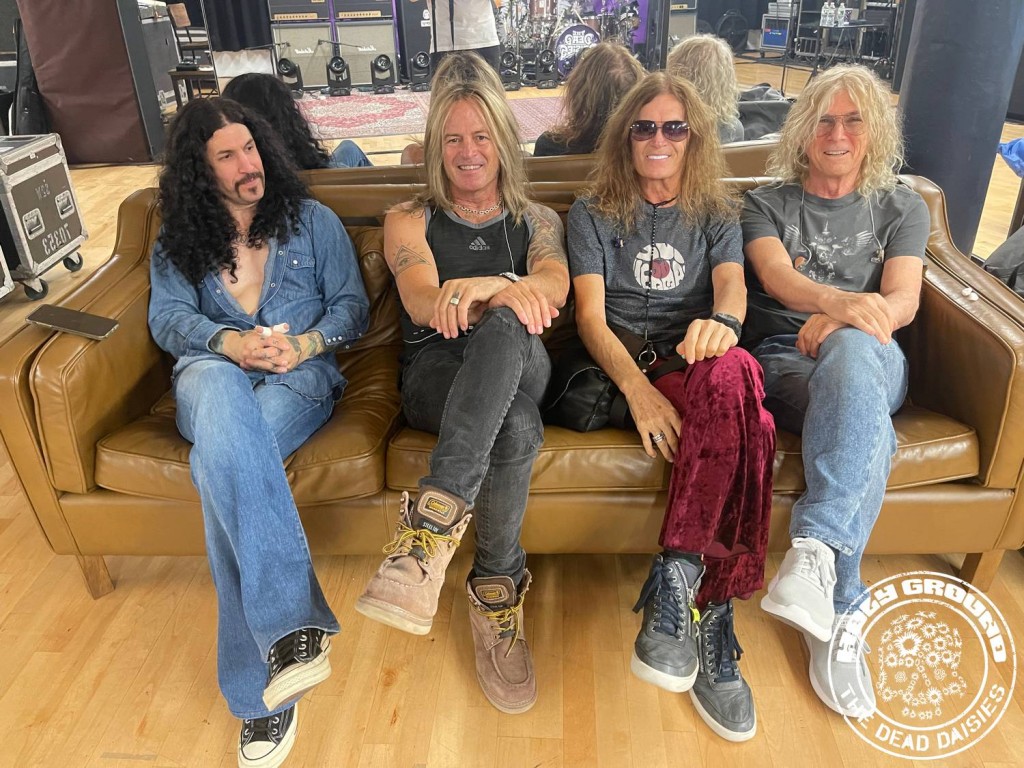 After a final day of rehearsals, the drums were taken apart and put away in their cases, the amps were boxed up and the guitars and bass guitars went back into their cases ready to be loaded up. With the gear on the truck, the first part of the tour was now in motion. Over the next two days the band turned to promoting the tour, and today Glenn and Doug appeared on Rock comedian Don Jamieson’s show. Everything is in place and the countdown is now on to stepping on stage for that first show on Friday, Let’s do this!