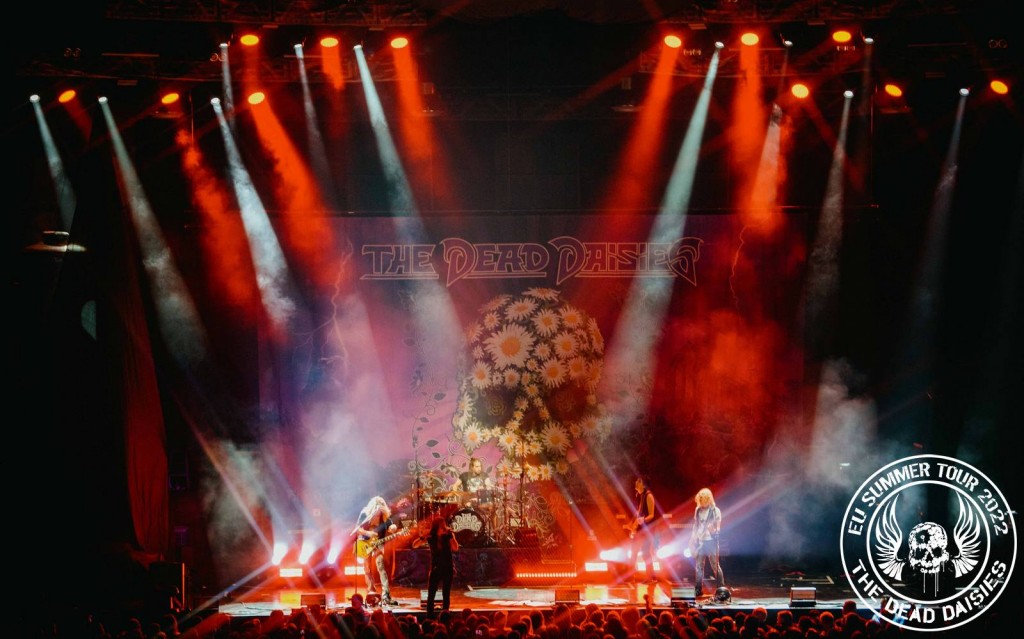 After a hugely successful night in Halle playing with Judas Priest, The Dead Daisies left Leipzig earlier in the day to fly to Dusseldorf. Tonight’s show was in Oberhausen at the Konig-Pilsener Arena, a thirty minute journey from Dusseldorf.

The guys hit the stage at 8pm, now with a well tuned set and a few shows of experience behind them for this current line-up. Doug and David fired out the riffs while Yogi fitted nicely into Brian Tichys solid groove. Dino Jelusick glides above it all punching out premier level vocals that most of his peers would kill for.

New tracks like ‘Radiance’ are sounding phenomenal and the stage presence of the band as they march across the stage with Dino prowling like a wildcat around them is adding to the dynamic of the show. With a huge sounding ‘Mistreated’ that goes as deep as the ocean then flies higher than the sun, the crowd continue to go wild for The Dead Daisies on this tour! One more Priest show left.