Richard had a chat with Playback to talk about The Dead Daisies and everything that is going on right now.

“There was a time when a musician could walk into a tiny music shop on Gravois to buy guitar strings or rent amplifiers from a guy who you just knew was going to be a rock star. The store was called Ancora Music, and the pale, raven-haired rocker working the counter looked like he could have stepped right out of the coolest MTV video you’d ever seen. No matter what his image conveyed, however, guitarist Richard Fortus was all about the music, and anyone that ever saw him play could tell you he was destined for great things.

Having already acquired local and regional fame with The Eyes, Fortus helped lead the band—now rechristened Pale Divine—to a major-label deal with Atlantic Records. The album didn’t quite capture how transcendent their moody and electric live show was, and the members eventually went their separate ways. For Fortus, though, that was just the beginning of the story.” – Playback 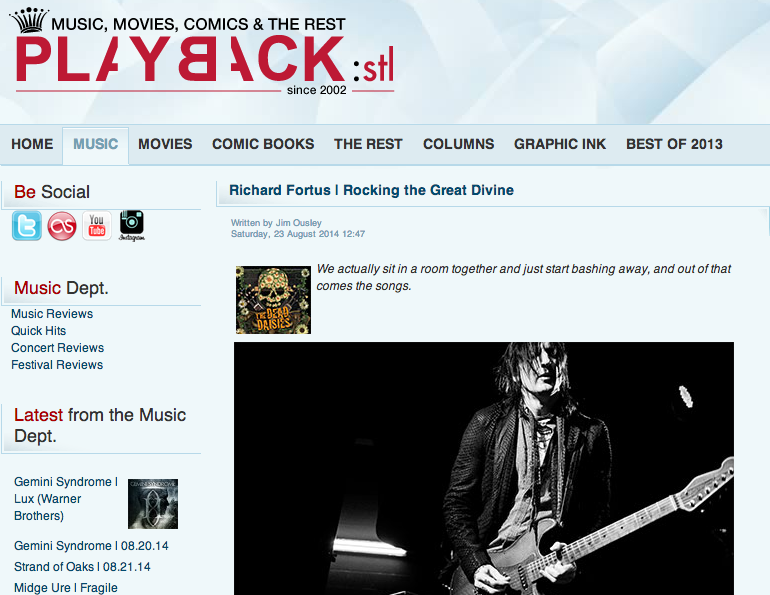