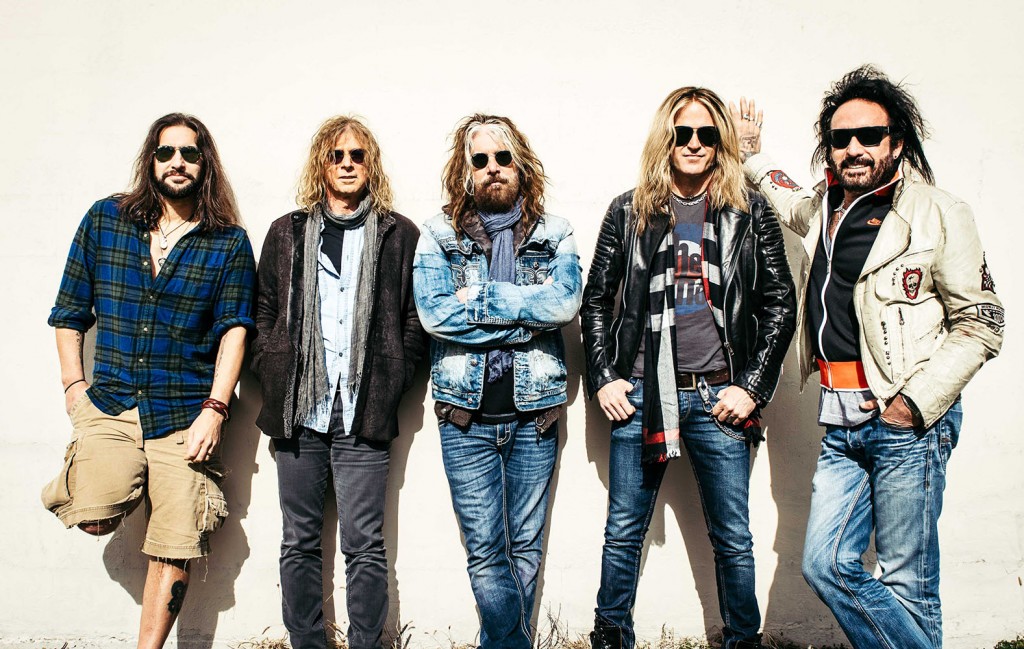 Following a hugely successful year 2015 that saw them play to over 300.000 people around the world in support of their latest release „Revolución“, including a week-long stint in Cuba (a first for an American Rock Band), coveted slots at major festivals, shows with Kiss, Whitesnake and Judas Priest in Europe, the US and Australia as well as their own, sold-out headline club tour through the UK and a celebrated headline show in Paris, THE DEAD DAISIES have signed an exclusive, global distribution deal with SPV Records.

The Hanover, Germany based company looks back on 35 years of experience in bringing high-quality rock music to audiences worldwide, as evidenced recently in the highly successful reissues by The Scorpions.

Comments David Lowy (The Dead Daisies, guitarist & founder): „We’re really excited to be joining forces with SPV. They believe in The Dead Daisies and as a label and distributor they really understand hard rock music and are a global leader in the genre. We met them in Berlin while on the second leg of our European Revolución tour a few months ago and were really impressed with their ideas & enthusiasm. We’re looking forward to recording & releasing the next Daisies album with the SPV team.”

Olly Hahn (International Product Manager, SPV) adds: “This band lives and breathes the spirit of Rock‘n‘Roll. They have proven over the last years that they are road dogs and can win over every audience. And it doesn’t matter whether they open for Kiss or Whitesnake or do their own headline shows. I‘m really happy to work with the band for the next studio album and can‘t wair to hear the new material!”

As Frank Uhle (Managing Director, SPV) states: “The Dead Daisies is Rock, Passion and Fun – all in one. You can‘t go wrong with this great bunch of experienced entertainers. We‘re happy to welcome the Daisies at SPV setting sails together for a successful new year 2016!”

On top of this exciting announcement, The Dead Daisies have also been confirmed as “SPECIAL GUEST” to Musikmesse Frankfurt, Europe’s biggest Music Trade Show. The band will perform on the Center Stage of the fairgrounds every day from April 7 – April 10, 2016 as well as a club performance during the show in Frankfurt.

The band just began recording their new studio album with mega-producer Marti Frederiksen (Aerosmith, Def Leppard, Motley Crue, Buckcherry) in Nashville. They will then embark on a massive world tour in support of this, yet untitled effort.

The video for „Devil Out Of Time“ was filmed on the European leg of the „Revolución“-Tour and shows what The Dead Daisies are all about: Classic Rock at it’s finest!

FANS IN GERMANY: If you have trouble watching the clip in your country, please click here.