MYLES TO BUDDIES IN CHICAGO 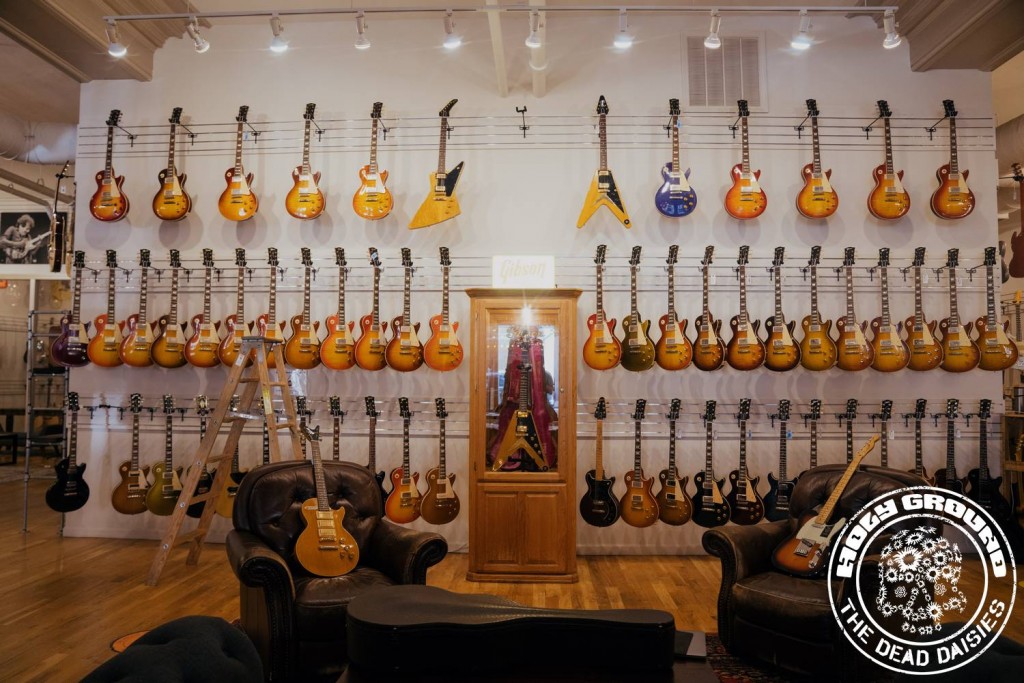 As the band countdown to the next gig, they are finding plenty to do to keep themselves busy while based in Chicago. Glenn and Doug went on a five mile hike across the city to the legendary Chicago Music Exchange Guitar store. It’s a small world, because none other than Myles Kennedy and guitarist Nick Perri were also at the store. A shop like this is Heaven on Earth for Doug. He was in his element playing some vintage acoustic guitars from 1934. In the early part of the evening the band went to dinner for photographer Oliver’s birthday at a famous Italian restaurant called Carmines. After leaving the restaurant, the streets were full of activity with street parties celebrating Mexican Independence Day. Doug walked through the celebrations, taking in the amazing atmosphere with cars honking horns and flags being waved on top of car roofs. Doug made his way to the club Buddies, owned by famous Blues guitarist Buddy Guy where he watched the Bluesman perform before meeting him after the show. He had met him a few years back while he was with Whitesnake. After a busy day, it was time to return to the hotel. It won’t be long before the Buffalo show is here, and Doug for one, can’t wait to get back on stage again!