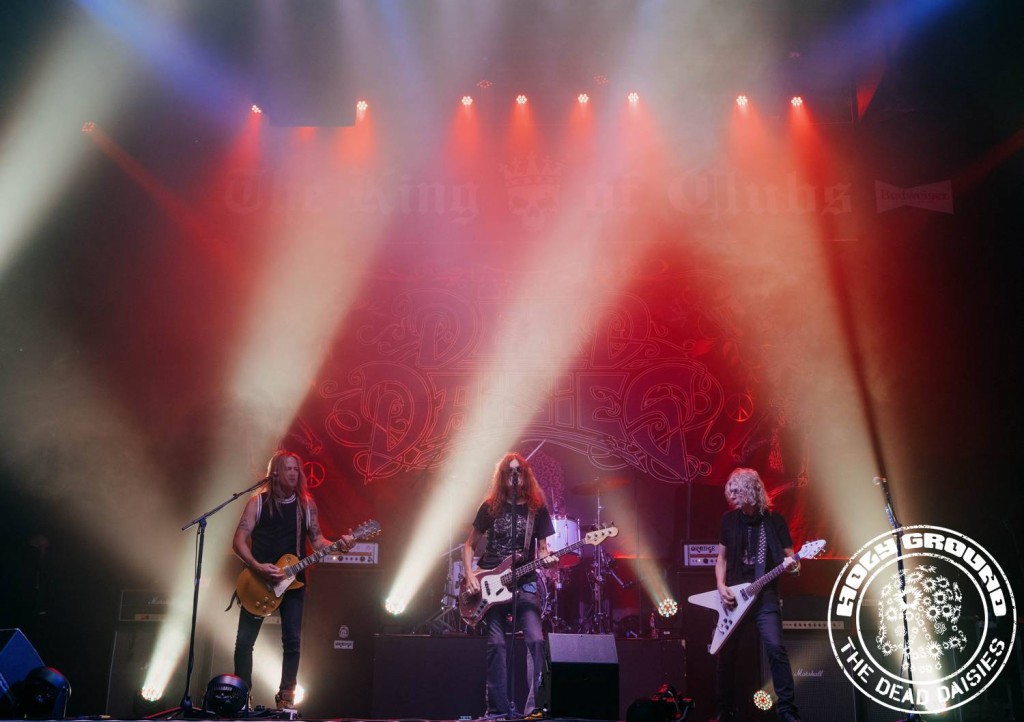 The band arrived in Columbus on Thursday giving them a day to relax and prepare for the Friday night show at The King of Clubs. Glenn and Doug had already met people on their walk the previous day that were going to show, so there was an anticipation that this was going to be another very busy show. Better known as one of the main university cities of America, Columbus is not only named after the European explorer Christopher Columbus, but it is also the second biggest college city in the US, so there were quite a few students among the audience. Once again, they had sold out another show by Friday night, with the momentum really starting to build during this tour. As each gig comes and goes, the band is getting hotter and hotter, and some of the ‘Holy Ground’ tracks are sounding massive live! ‘Holy Ground’, ‘Like No Other’, ‘Bustle and Flow’ and ‘My Fate’ re-enforce why this latest album should in time be considered a classic. As the guys took a bow and left the stage, there was an overwhelming feeling of satisfaction and anticipation for the rest of the tour. The band heads to Louisville for Saturday’s show and the day after is the biggest holiday of the year in America, July 4th. Although this is just a short run to get back out live, it’s just what the Rock doctor ordered, Louisville, it’s your turn next, prepare to be rocked!