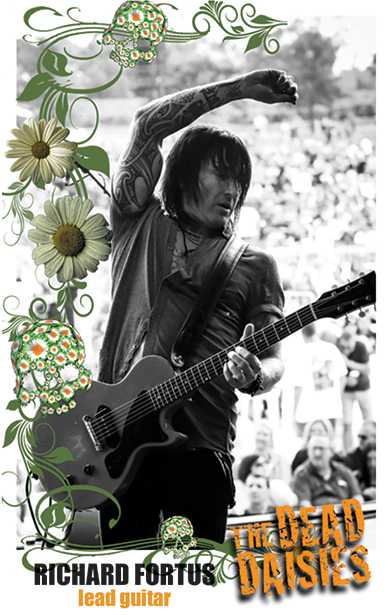 Born and raised in St. Louis, Richard started his musical journey at a very early age by studying Violin at 4 and drums at age 5. He studied at the Conservatory of the Arts in St. Louis and Southern Illinois University where he also played with various youth symphonies.

In 1984, Richard formed “The Eyes” as his first band, which later changed their name to “Pale Divine” and signed with Atlantic Records. After Pale Divine toured extensively with the Psychedelic Furs, Richard was invited to join the Furs as a member.

In 2001, Richard joined legendary hard rock band Guns N’ Roses and began touring with them. He also played on the bands long awaited “Chinese Democracy” record. The album was released to great anticipation in 2008. Richard has continued to tour with the band in support of the record playing sold out shows on nearly every continent in front of millions and millions fans.