The Dead Daisies are pleased to announce their first ever UK headline show at Camden’s Underworld venue on Wednesday 20th November 2013. Support will come from very special guests Leogun and The Graveltones.

The Dead Daisies release their debut single “Lock ‘N’ Load” featuring Slash in the UK on the 28th October 2013. The single is currently receiving a huge amount of airplay on national UK radio.

The Dead Daisies will be main support on the Black Star Riders UK tour this November/December.

The bands debut album “The Dead Daisies” will be released early 2014. 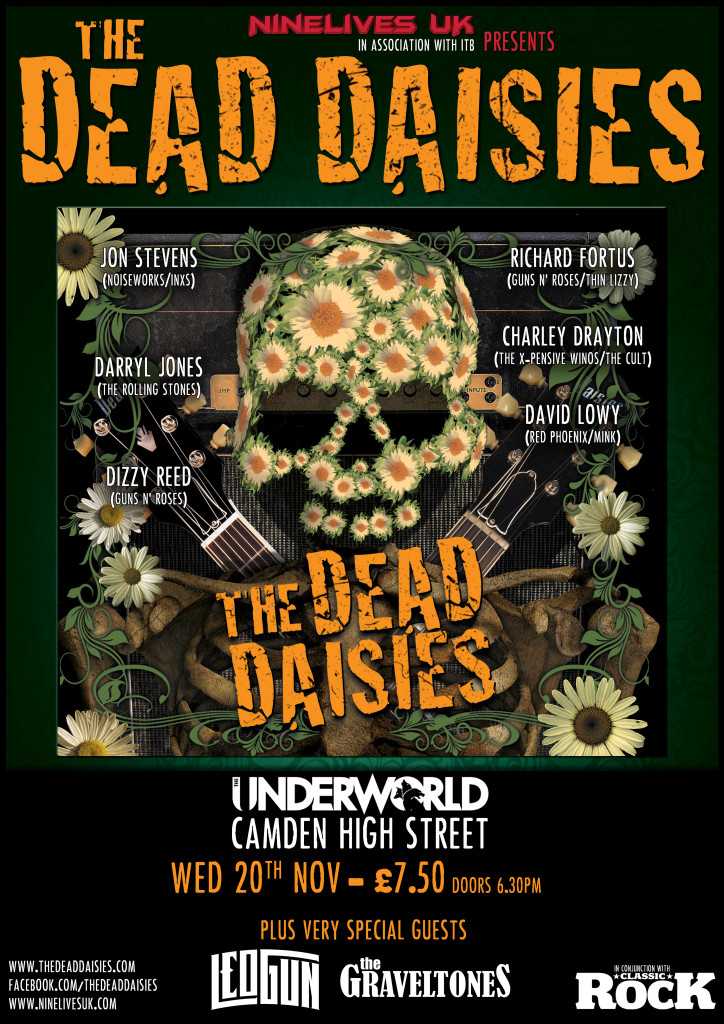