The man behind The Dead Daisies Fan Club, Mark Allison, has reviewed our first show from Atlantic City with Kiss and Def Leppard.

“It’s been a while in the making, but finally, The Dead Daisies hit the stage at Boardwalk Hall in Atlantic City on their first stop of the KISS/Def Leppard tour.

The house lights went down and the AC/DC intro kicked in. Opening with brand new song ‘Mexico’, the band immediately caught the attention of an ever-growing crowd.

I watched from various points in the arena, and between the general crowd reaction and hearing snippets of conversations, The Dead Daisies had brought their game and people loved it.

Following with songs such as Your Karma, Lock n’ Load, Face I Love and Helter Skelter, the guys had a small window to display the goods and they showed them off to maximum potential.

“This was our first single off our album, its called Lock N’ Load.” Announced Jon as Richard ripped in to the opening lead riff creating a rippled cheer among the audience. This was followed by new single ‘Face I Love’, another crowd pleaser before being wrapped up with a cover of The Beatles classic, ‘Helter Skelter’.

The showmanship of Richard throwing shapes with his guitar, Brian with his continuous orbiting drumsticks and Jon’s voice along with the combined punch provided by Marco, Dizzy and David, left the crowd with an appetite for more.

Judging by the reaction of tonight’s show, the band will have thousands of new fans by the end of this tour.

After a long and ultimately successful day for The Dead Daisies which saw the band play the Hard Rock Café in Atlantic City at lunchtime before heading to the show, everything was taken down and loaded up for the next gig. Everyone boarded the bus and headed for Philadelphia in preparation to do it all again at Camden.

Stay tuned for the next instalment and a full ‘Life on the Road with The Dead Daisies’ later in the week.” – Mark Allison 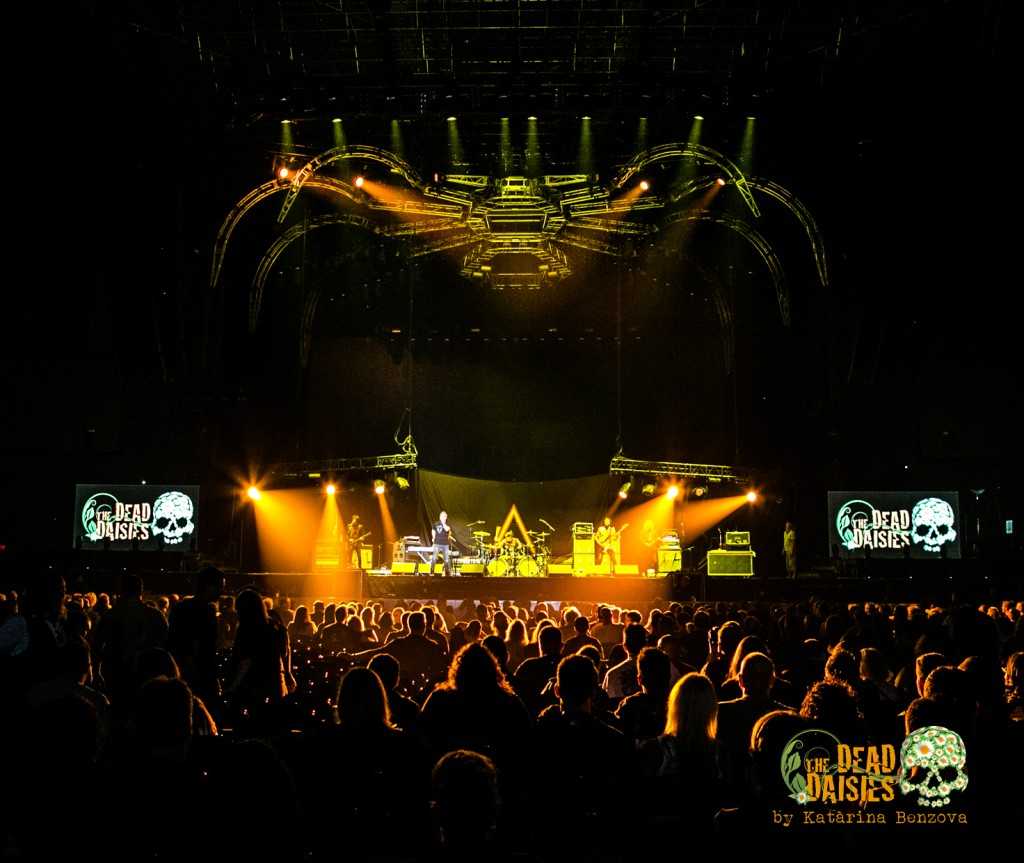