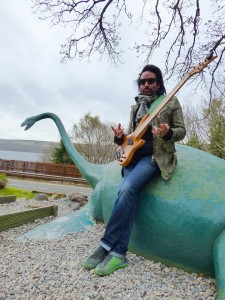 As part of his latest solo tour, Marco stopped off in Inverness in the UK where he played a small 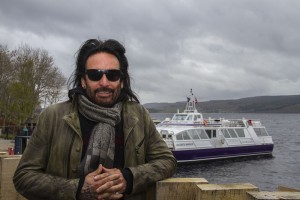 intimate gig at one of the city’s rock venues ‘Mad Hatters’ preceded by a Q and A and performance at the local music shop, all giving Marco the opportunity to get closer and meet the fans.

Marco comments: “I still do this because I love the music, and these shows give me an opportunity to get much closer to the audience. I remember as a kid watching big bands in arenas and thinking wouldn’t it be cool to see them perform in a small venue up close and personal.” 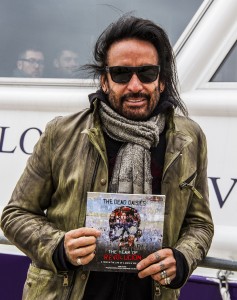 Before heading south, he was invited to take a boat ride on the Jacobite Warrior on Loch Ness by Willie Cameron, one of the most popular ambassadors of the world famous body of water. Marco could not pass the opportunity to have his photograph taken with the famous monster. 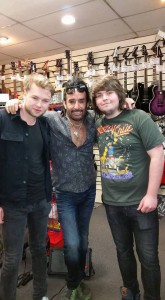 While he was there, he met up with Mark Allison to promote the newly published book ‘Year of the Revolucion’

which Mark compiled using the great images, write-ups and reviews from 2015.

Also at the gig on the Friday night was young vocalist and guitarist Josh Mackenzie who had met Marco when he was five (!) years old. Now 22, he joined Marco on-stage for a blistering rendition of ‘Jailbreak’ and ‘The Boys are Back in Town’. Josh, pictured here on the left, whose own band have just returned from playing a music industry expo in Los Angles, commented, “That was one of the most surreal moments of my life”. 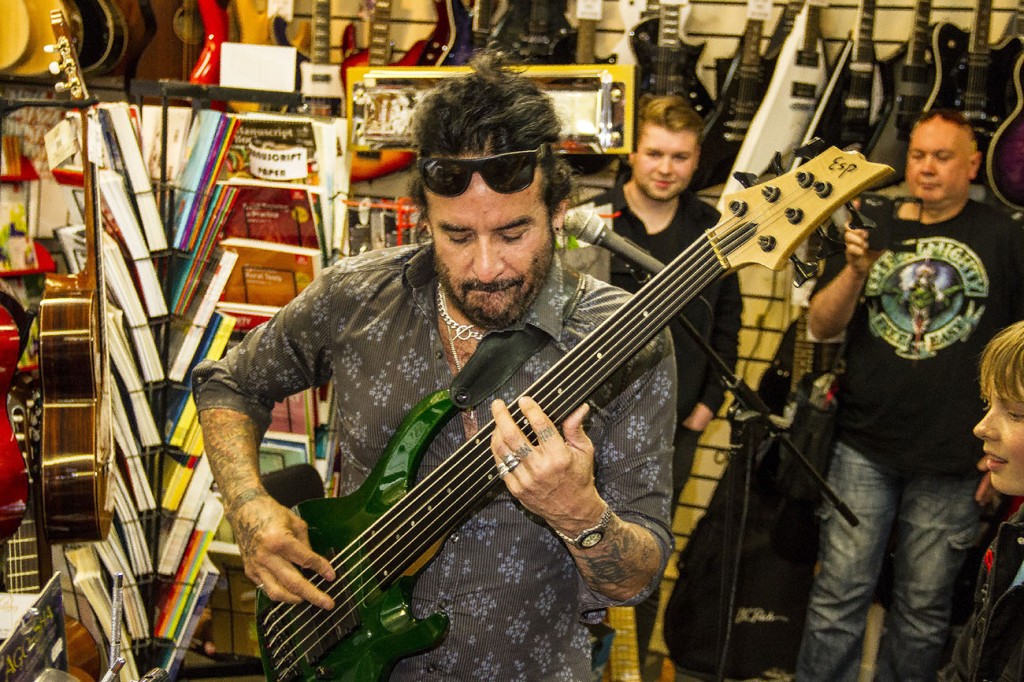