Marco goes to the fair: Rockin’ in Illinois

Aug 17th saw The Daisies hit the Illinois State Fair with Kiss. This was no usual show: at least you don’t see guys selling alligators, rollercoasters and country music entertainers in a tent at a regular Arena gig (granted, you never know whether Gene & Paul might bring a ferris wheel next time. Or a moon rocket.) The fair which is an annual event and is themed with agriculture has been celebrated nearly every year since 1853. Today we followed Marco around while he went for an aftershow stroll post rocking with the Daisies. A day in the life of a bassist, so to speak. But let’s start with the morning…

The day begins at 5.45 AM with a visit to ‘Good Day Illinois’ tv. Very early for rockers, but John & Marco still strike a good pose as the next news hosts. Plus they meet Ellen DeGeneres… kind of. As consolation for the early morning, Marco gets one of his favorite breakfasts, a southern dish called biscuits and gravy. Then it’s off to the fairgrounds… where we first see a guy from New Orleans that is selling alligators. Yes, you read that right. Weather is nice and sunny during soundcheck, while the premises fill with the crazy KISS fans and bar staff striking Gene’s demon poses.

The show takes place open air with a set that has is well-oiled by now, packing a huge punch. After several weeks on the road, the band is firing on all cylinders! All the favourites are there including a great turn out for the ‘Make Some Noise’ album including new single ‘Join Together’ and taking the curtain down ready for KISS with ‘Helter Skelter’.

After it is all said and done, it’s time to grab some food. Marco goes out to explore, grabs a bite and stumbles over a sideshow with a band playing ‘Fortunate Son‘. Cool. A lot of fans have seen the Daisies, so he gets recognized after KISS finishes and poses for photos. But the road is calling: Time to get on the bus, watch a movie on the computer, and off we roll to the next show! 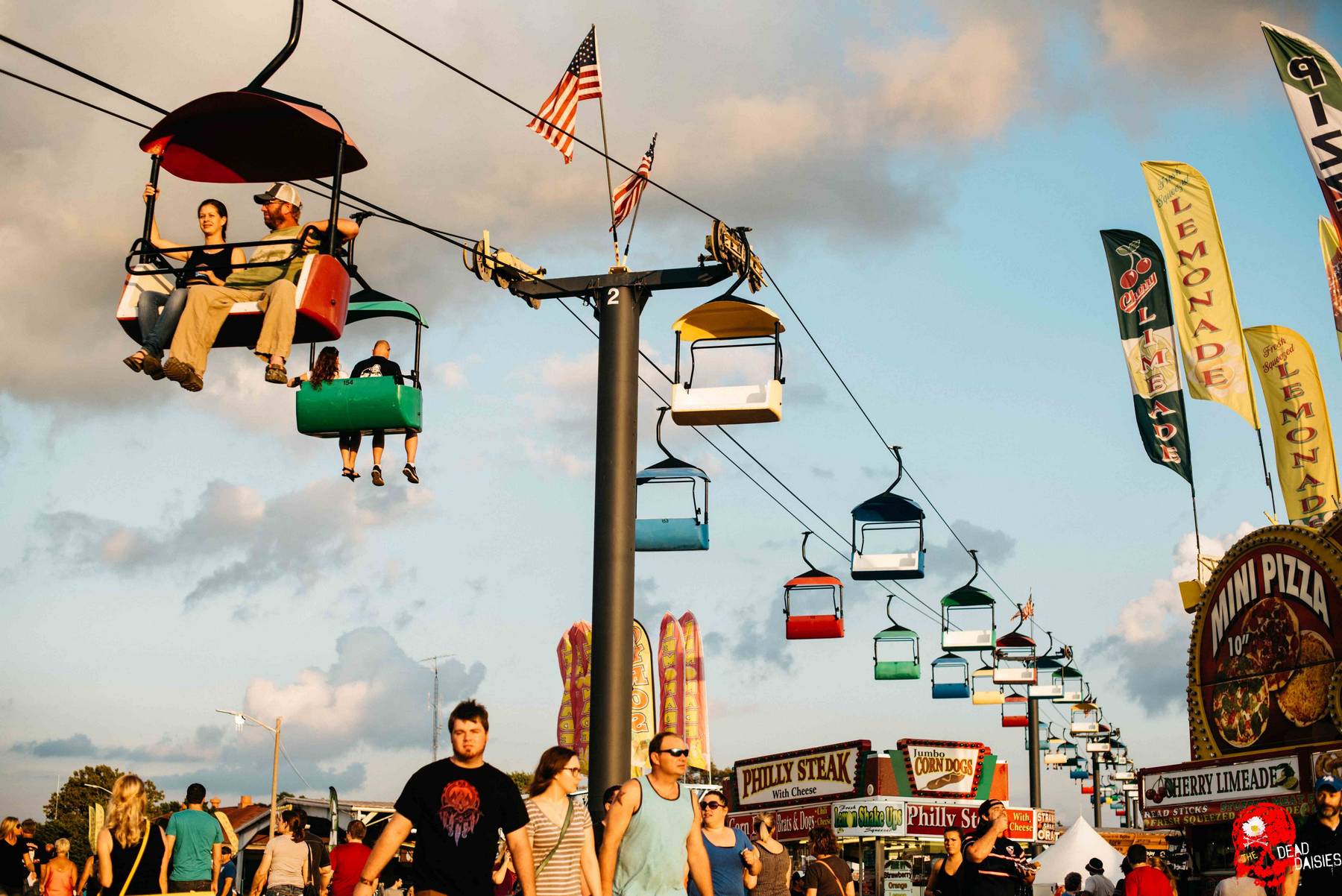 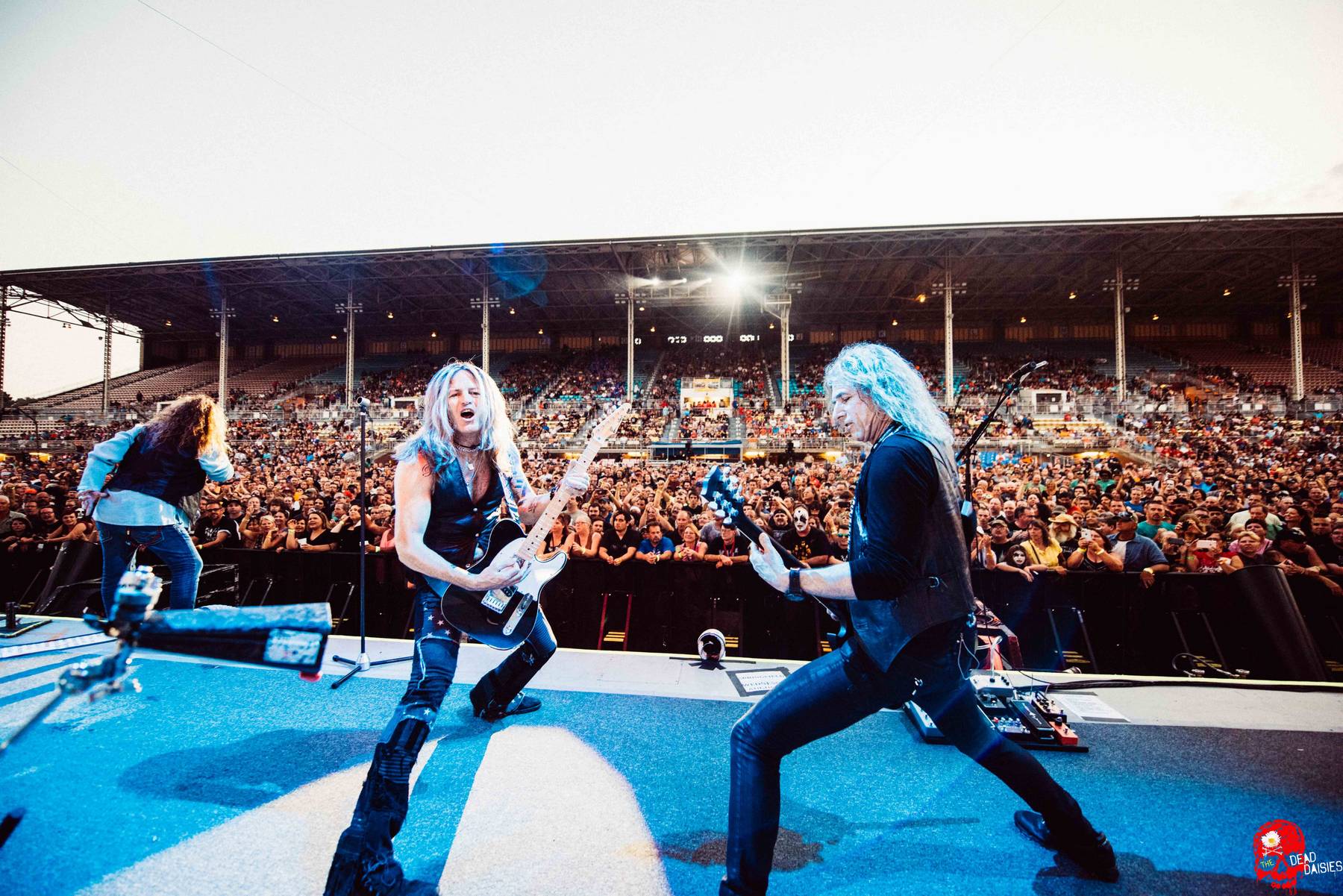 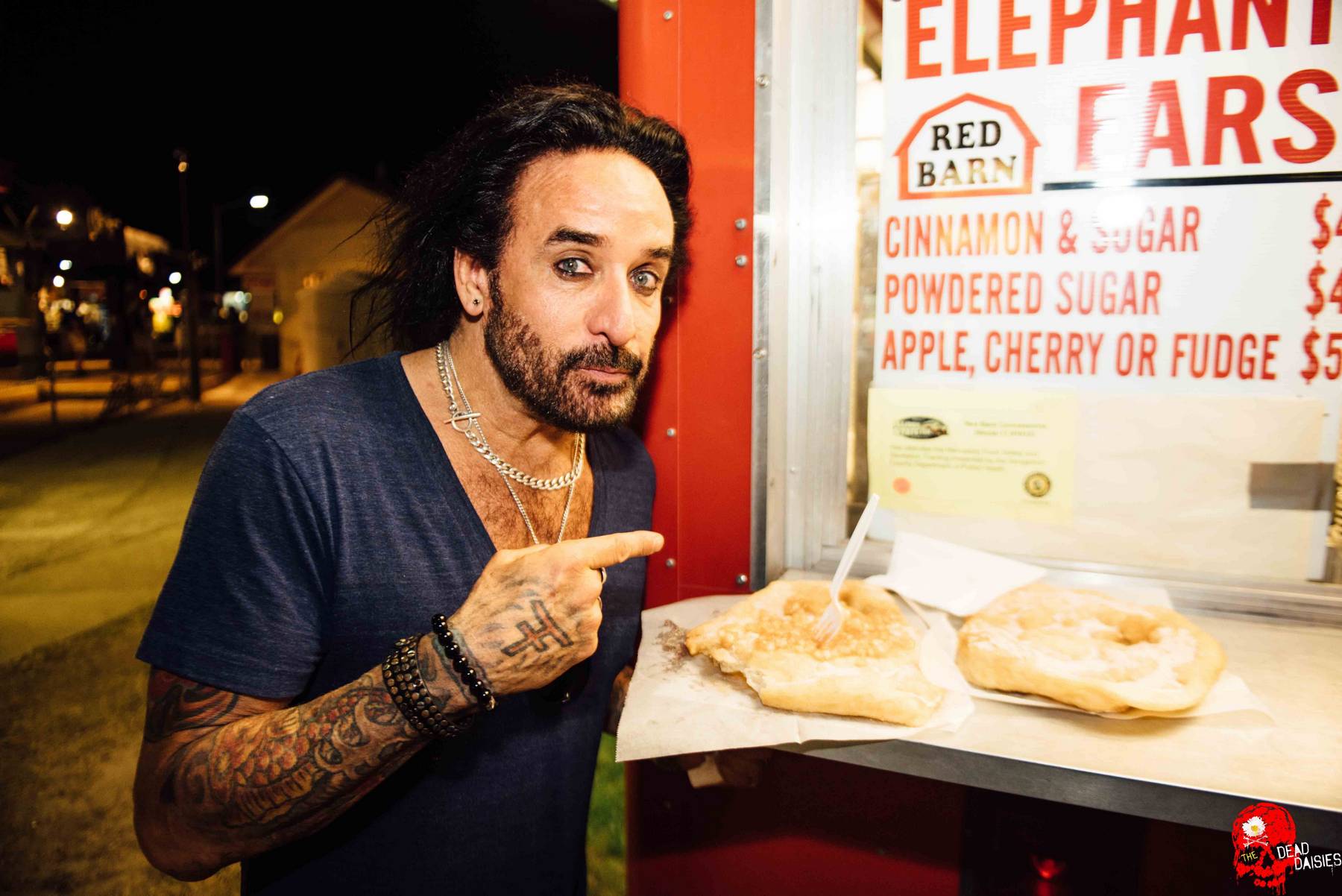 Share on FacebookTweet
DekiMarco goes to the fair: Rockin’ in Illinois08.19.2016