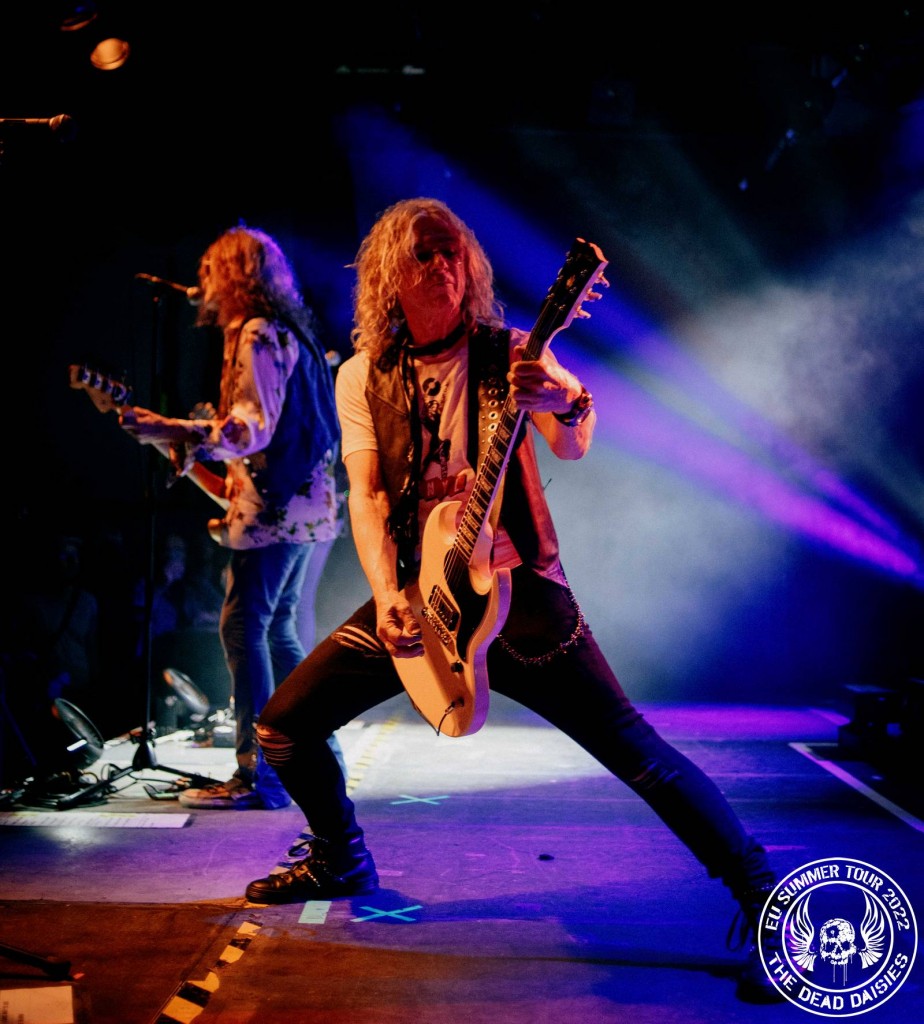 The band landed in Nuremberg ahead of their third headline show. Tonight, the band were playing Hirsch where they last appeared in 2017.

The Dead Daisies hit the stage at 9pm firing straight out with ‘Unspoken’ and grabbing the audience’s attention immediately. As they worked their way through some self-created classics like ‘Lock N’ Load’ and ‘Midnight Moses’, the smiles across those hugging the barrier on the front row was all that was needed to show the band that this German audience were delighted to see them again.

Glenn prowled the stage with his bass guitar like a magic wand sprinkling the music across the crowd like a medieval wizard as Doug and David continued to fire riffs like rockets across the top of the many raised hands. Brian sat at the back creating the thunderous beats that drove everything forward.

After leaving the stage to another noisy applause, the band now concentrate on their next show, a final appearance on this tour with Foreigner.